It's a curious thing to see the Oprah Winfrey Network (OWN) dive into the now all-too-familiar and sordid tale of New England Patriots tight end Aaron Hernandez. However, one forgets that OWN is part of the Discovery Network, so Aaron Hernandez: An ID Murder Mystery can be featured on both OWN and its sister network Investigation Discovery (ID). Aaron Hernandez: An ID Murder Mystery sticks closer to the criminal trial aspects of the various cases and barely touches on the more salacious elements.

In three episodes: The Boy From Bristol, A Family Affair and Secrets and Demons, the special covers familiar ground with a mix of interviews and reenactments. The special interviews various police investigators of both the Odin Lloyd and Daniel de Abreu/Sarifo Furtado murders. The reenactments also recreate moments from these two cases with the last episode having a small bit of Hernandez's early life, moments that may have related to a very hidden secret Hernandez apparently took to his grave.

The Boy From Bristol deals mostly with the Lloyd case, where we see via surveillance footage Hernandez damning himself with incriminating behavior. A Family Affair shifts from his eventual conviction of Lloyd's murder to the second case after police in the de Abreu and Furtado case put Hernandez at the scene of the crime. Secrets and Demons covers the de Abreu/Furtado trial, one where high-powered and high-energy defense attorney Jose Baez showboats his way to an acquittal. Despite that though, Hernandez killed himself five days later.

Here we get a dual explanation for Hernandez's sudden shift from optimism to suicide: a mix of the effects of CTE (Chronic Traumatic Encephalopathy) he unknowingly suffered from and of being outed as gay or bisexual on a local sports radio show. Hernandez's same-sex relationships and attractions are confirmed by his childhood friend/middle school lover Dennis SanSoucie and Hernandez's former girlfriend Alyssa Anderson, who speaks about the conflict Hernandez had about a same-sex relationship he had in high school. 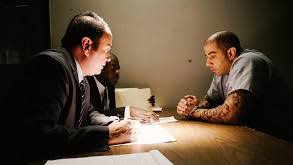 Even now, the only person who could possibly confirm whether or not Hernandez was gay or bisexual is Hernandez himself. It's to An ID Murder Mystery's credit that it never teased Hernandez's sexuality or built it into anything tawdry. In fact, it was close to the end of Secrets and Demons that such a thing was even mentioned; even then, it was more as a potential reason for his suicide than a motive for murder. The only teasing came from brief mentions of "an exclusive interview" with SanSoucie, which I'd argue is not an exclusive given how often he's talked about their sexual relationship.

As a side note, neither here or in the more in-depth Killer Inside: The Mind of Aaron Hernandez has SanSoucie ever mentioned who initiated this sexual relationship or the exact nature of their affair. Was it mere "experimenting"? Sexual release between two friends? A genuine love affair? I have yet to hear SanSoucie say that he loved Hernandez in the romantic form or if Hernandez expressed romantic love for SanSoucie to him. This is not saying that SanSoucie is lying about a same-sex relationship, merely to wonder whether it was merely physical on Hernandez's part or a genuinely romantic/emotional relationship.

An ID Murder Mystery is surprisingly sparse in its recounting of this saga, with a small group of interviewees and small number of reenactments. It uses a great deal of courtroom footage that blends well with the interviews. Reporters for example note how in the second trial, the defense went after the credibility of the star witness Alexander Bradley followed by footage of the belligerent, sarcastic Baez going after Bradley on the stand.

An ID Murder Mystery also does not look into the rather unsavory characters in Hernandez's life. Nothing is mentioned about his turbulent family life and little if anything is mentioned about the group of criminals he surrounded himself pre-and-post NFL career. The closest it comes to the former is when it reveals that Aaron's father Dennis faced surprisingly similar circumstances in his college football career. The Boy From Bristol discloses that Dennis left the University of Connecticut when he found himself involved in a police shooting. While Dennis was not the shooter, his potential involvement made things untenable at UConn. It's a strange detail given just how his son's life ended up as one filled with crime. 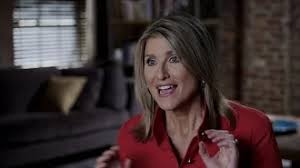 It's a curious thing that An ID Murder Mystery shows how violent Hernandez was. Assuming that he ultimately didn't kill anyone, that he would shoot Bradley in the face and leave him for dead, along with other incidents when at the University of Florida shows Hernandez to be quite dangerous.

If An ID Murder Mystery has an issue it is when it states that "This program contains dramatic reenactments. Certain images and details may have been altered" (emphasis mine). One accepts that reenactments will happen to dramatize the story. However, to say that you may alter "details" raises doubts about what one sees. This is especially true in The Boy From Bristol. It is astonishing to see surveillance footage from the police station showing Hernandez destroying his Blackberry, but is it real or a reenactment? I don't remember seeing "reenactment" on the screen, yet what details may have been altered?

Despite this, Aaron Hernandez: An ID Murder Mystery is a surprisingly good overview of the horrifying crimes Hernandez may/may not have committed. Focusing on the cases versus the seamy sides, we can see the how if not the why of three deaths at the hands of a man who seemingly had it all.