Catherine the Great (1995): The Television Movie 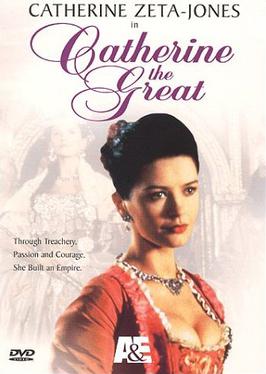 After her wedding to Grand Duke Peter (Hannes Jaenickke), German-born Catherine must navigate the dangerous Russian Imperial Court waters. There are enemies all around her, vying for power. Everyone from Chancellor Vorontzov (Ian Richardson) and Vice Chancellor Bestuzhev (Brian Blessed) as well as her frenemy the Empress Elizabeth (Jeanne Moreau), who plays hot and cold. Frustrated that Catherine after seven years of marriage is still a virgin, Empress Elizabeth orders handsome Captain Saltykov (Craig McLachlan) to introduce the Grand Duchess to sex.

Elizabeth can't be bothered with the actual legitimacy of Catherine's child, just so long as she has a child to inherit the throne.

Catherine soon learns not to give her heart to others in this game of politics, though another handsome soldier, Grisha Potemkin (Paul McGann) captures her fancy. Allied with the military, Catherine soon leads a coup d'etat that gives her the throne on her own. With Vorontzov and Bestuzhev now working for her, Catherine fights a war with the Ottoman Empire and a failed revolution led by Pugachev (John Rhys-Davies), a Cossack peasant who once asked for her help only to turn and declare himself the dead Czar Peter III. With the Pretender and her "Emperor of the Night" both gone, Catherine begins her march to be the embodiment of the Enlightened Autocrat. 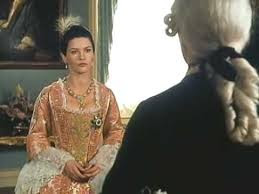 As one watches Catherine the Great, one gets the sense that things are rushed to almost chaotic, making things slightly incomprehensible. There is reason for that, as the American broadcast from the Arts & Entertainment Network if IMDB is believed chopped nearly 80 minutes from the special. That's over half of a miniseries originally meant for four hours that on A&E clocks in at a little over an hour and a half.

The bizarre decision to cut so much means that we are not introduced to anyone. When Vorontoz and Elizabeth are having a conversation about Catherine's lack of pregnancy the audience is not introduced to either. They just seem to pop up, and this goes for pretty much everyone save Catherine herself. Whether Saltykov perhaps harbored secret desires for Catherine that the Empress Elizabeth helped, whether he was just a gigolo or whether he had genuinely fallen in love with her or was pretending when forced into exile is unclear.

The rivalry between Vorontzov and Bestuzhev is similarly muddled, as is Catherine's friendship with Elizabeth's own "Emperor of the Night" Razumovsky (Omar Sharif). It seems likely that whole plotlines and characters were cut, making Catherine the Great feel as if the audience is missing things. Mel Ferrer is billed as "The Patriarch", but Catherine the Great gives him at most two lines (and that's being generous). One wonders why "The Patriarch" has any reason for being there. 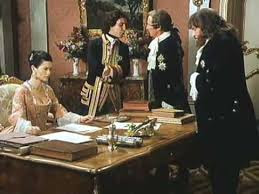 Catherine the Great has very little rhyme or reason for the intrigues of Court. Peter III's reign begins and ends suddenly, on-screen lasting less than ten minutes of screen-time. Worse, there's no buildup to why Peter III should be dethroned. From what we see in the special, his worst fault is having a mistress and being rather fond of Germans. He even plays the violin quite well, which makes the case that Peter III was at most eccentric versus flat-out bonkers and a danger to both Catherine and Mother Russia.

Other elements, such as what Pugochev's plan in attempting to pass himself off as the dead Peter III when he had already appeared at Court at an audience before Her Majesty is very strange.

You sense the Catherine the Great could have been better and set out to be better, but the massive cuts to the project made things if not confusing at least hurried. A strong example of this is when Potemkin scolds Catherine for initially going along with her counselors in using force to suppress the Pugachev Uprising. "I meant what I said in Council," Grisha tells her. Yet what we actually see is him silently putting his fist in his mouth out of frustration of not speaking. It ends up making no sense as the audience saw him not speak, so what is he talking about when he says he "meant what he said" in Council? 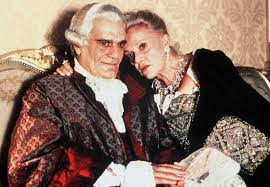 There were other issues with the special. The battle scenes were almost comically cheap-looking, with what looked like dozens of extras trying almost sadly to try and pass themselves off for grand armies. Catherine comments to her bestie that Potemkin is "the most handsome man" she's ever seen, but I figure Saltykov is the hunkier of her two lovers. McGann gave a good performance as the gleeful, wise but also arrogant Potemkin, but one wonders whether the much more muscular and physically attractive McLachlan would have suited the role better.

After all, Catherine herself says in one of Catherine the Great's long list of juicy lines, "It's not just his body which is magnificent by the way. He cares for me. He thinks about me. He...loves me". The Saltykov/Catherine romance would have been interesting to explore, but Catherine the Great needed to rush off somewhere else.

As a side note, Paul McGann's brother Mark McGann also appeared in Catherine the Great as Orlov, and while unintentional it soon becomes confusing which McGann is who. To be honest, I'm still not exactly sure if I got the right brothers in the right roles.

The cutting of so much robbed Catherine the Great of probably good performances from the supporting cast. Moreau seemed to delight in her bluntness, whether it involved making Saltykov into a royal stud, discussing her nephew's inability to get an erection or tenderly leaning on her longtime lover for emotional comfort. Richardson was at his sneering best, Blessed at his masterful manipulator and Sharif as Elizabeth's peasant lover interested only in his mistress.

"The Emperor of the Night takes many positions, but none of them political," he gleefully tells Bestuzhev, another of John Goldsmith and Frank Tudisco's witty script bits.

As for Zeta-Jones, it seems hard to imagine her as an innocent 15-year-old bride given how grand she always is. Perhaps the voiceovers she had were meant to cover up holes in the story, but they only lent more confusion. Who was she speaking to? Inner monologue? Remembering her past? She does have a nice way with some quips to be fair. "I'm about to seize the throne of Russia. What on Earth shall I wear?", she says wickedly, amused at the impending coup.

Zeta-Jones also shows genuine heartbreak and anger when she dismisses Saltykov. "It will remind me that a man can practice the art of a whore as well as a woman," she rebukes her first lover. Still, for most of Catherine the Great, she is too grand, as if she knows she is always acting the Empress rather than being the Empress. The film also at times delights in showcasing the heaping helping of Catherine's buxom bosom.

Catherine the Great has nice costumes and can be entertaining if you don't think too much on how muddled and confused it is.