The Rise of Catherine the Great: A Review 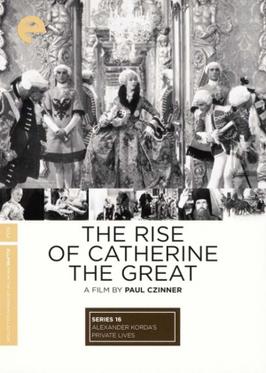 THE RISE OF CATHERINE THE GREAT
The story of Catherine II, Czarina of All the Russias, has proved itself again and again irresistible to filmmakers. We have a curious case in 1934 in that there were two Catherine the Great films. One is Josef von Sternberg's rather risque The Scarlet Empress starring his muse Marlene Dietrich. The British had a ready answer: Catherine the Great (also known as The Rise of Catherine the Great). The latter is quite sumptuous, befitting the Czarist Court, but in other ways it's a bit bizarre to slightly comical.
Young German Princess renamed Catherine (Elisabeth Bergner) arrives in St. Petersburg full of trepidation on having to marry the Grand Duke Peter (Douglas Fairbanks, Jr.), heir to the Russian throne. His aunt, the Empress Elizabeth (Flora Robson) has decreed it so, and fortunately both find themselves enchanted with each other.
Soon, however, things deteriorate, with Peter preferring the company of other women. Catherine finds herself alone, claiming lovers but not actually having any. Peter is incensed that women control his life, and once Elizabeth is dead the now-Czar Peter III can do as he wishes. Humiliating Catherine by flaunting his mistress as de facto Empress, the Czar's courtiers rally around the Empress, elevating her to the throne. Despite her firm orders, her husband is quietly murdered to ensure her reign as Catherine the Great. 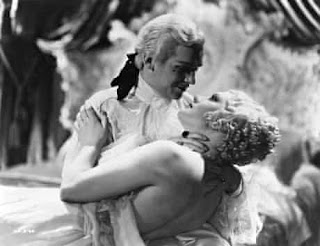 The Rise of Catherine the Great is a bit of a comedy within its grand costumes and lavish sets. While nowhere near as broad or farcical as Hulu's The Great, The Rise of Catherine the Great has more humor than most Catherine biopics. On his wedding day, the Grand Duke asks a courtier if he's ever been married. "Not officially," he replies, "but I have dabbled in it". Robson, who made a name for herself as Elizabeth I on film, stomps and bellows with delight, easily rattling off quips like the best of them. "Without love, marriage is simply immoral. The whole aim and sense of it is to have a man here, under your thumb".
Robson plays Empress Elizabeth as a bit of a nut, a delightful nut but a mercurial one nonetheless. She's a highlight of The Rise of Catherine the Great. It's the two other leads that I have issues with.
The Rise of Catherine the Great is the first Catherine-connected project that I know of where Czar Peter III comes across as not only generally sane but also dashing, if not handsome. One feels that Fairbanks, Jr. is slightly miscast as Peter, at least the Peter most often presented by history. No mice executions or Frederick the Great hero worship for our Grand Duke. Apart from a minor dislike for Russia this Grand Duke Peter is rational, even noble. 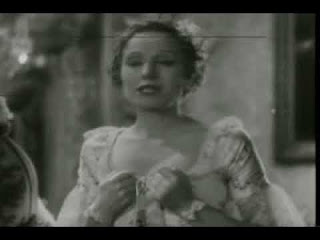 A scene with his generals has him contemplating what "Ivan Ivanovich" thinks of their war games. The generals do not know who "Ivan Ivanovich" is, until Catherine explains that he is referring to the regular soldier on the field, essentially a metaphor. For someone who was allegedly bonkers, this Peter is surprisingly insightful.
When it comes to our Empress, I was less than impressed. Oftentimes through Bergner's performance Catherine comes across as a fluttering idiot, more pawn than provocateur. She doesn't seem capable of leading herself, led alone leading a coup d'etat to seize the Russian throne. I thought she was a low-rent Dietrich, though to be fair her quiet anger when disgraced by her husband at a state dinner was well-acted.
If any enjoyment comes from The Rise of Catherine the Great, it comes courtesy of the sumptuous nature of the film itself. This film is not afraid of showcasing the opulence of the Czarist Court. There is also the funny bits of dialogue, such as when Peter tells his aunt off. When told that if he does not produce an heir, she will, he replies "Which one of your many lovers will you make an honest man?", causing the Empress in part to faint.
The Rise of Catherine the Great doesn't fully rise to the subject matter, but if one is tolerant of questionable history and a somewhat fluttery lead, you can get something out of the film.
DECISION: C-
Catherine II Feature Films & Specials