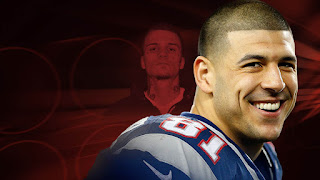 AARON HERNANDEZ: LIFE INSIDE
Reelz Channel is back to triple-dip on the late Aaron Hernandez. Having already suggested the former New England Patriots tight end was a serial killer in Aaron Hernandez's Killing Fields, then featuring the boudoir confessions of Kyle Kennedy with Aaron Hernandez: Jailhouse Lover Tells All, now we have Aaron Hernandez: Life Inside. Unlike the haphazard Killing Fields or salacious Jailhouse Lover Tells All, Life Inside (which could have been re-titled Jailer Tells All) is surprisingly restraint, respectable and focused more on the man versus the monster.
Using a mix of reenactments and interviews, Life Inside involves Hernandez's eighteen months at the Bristol County House of Corrections after his arrest for the murder of Odin Lloyd. Here, Hernandez developed something a father-son relationship with Bristol County Sheriff Thomas Hodgson, the head of the corrections facility since 1997.
In two separate interviews Hodgson remembers and reflects on the troubled former NFL great. Hodgson found Hernandez pleasant and friendly, unless you "disrespected" him. At that point, he would become quite violent at any perceived disrespect intentional or not. His temper over any slight real or imagined was so great that Hernandez literally ate a letter rather than admit he was wrong when jailers searched his cell.
Having worked in law enforcement for decades, Hodgson was no fool. While he recognized Hernandez's positive traits, he was also not taken in by Hernandez. He knew that Hernandez could and would use people to his own advantage.
In his first interview with Hernandez, where Hodgson was called in on his day off and appeared in shorts and a polo shirt, Hernandez flat-out told him no one could read people better than Aaron Hernandez. As such, he "deduced" Hodgson came in such casual attire as a way to gain Hernandez's confidence. Later on, he admitted to Hodgson that he was perhaps Hernandez's equal in reading people, but not his superior. 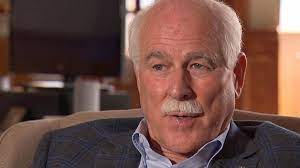 Sheriff Hodgson had two simple pieces of advise for Hernandez which he gave him at the beginning and end of his stay at the House of Correction: talk to your father and read the Bible. Hodgson believed that all of Hernandez's troubles and torments came from his tumultuous relationship with the late Dennis Hernandez. Aaron idolized Dennis despite Dennis' abusive nature. Hodgson speculates that to Aaron, any sign of disrespect to him was disrespecting Dennis.
It was also from Dennis that Aaron learned not to cry in front of others. This was strange advise given that according to Aaron, his father cried often in front of others. Given that advise, Hodgson was surprised when Aaron cried publicly when acquitted of the double murders of Daniel de Abreu and Safiro Furtado. It was the fact that Hernandez was found not guilty when he knew he was guilty, Hodgson speculates, that pushed Hernandez into suicide.
Those two pieces of advise: talk to your father and read the Bible, sadly did not help Aaron Hernandez.
Life Inside is different from the two preceding Aaron Hernandez-centered specials in a variety of ways. First, the separate Hodgson interviews paint a more sympathetic portrait of Hernandez (which Hodgson repeatedly pronounces as "Her-nan-deez" versus "Her-nan-dez"). The story of how Aaron had visited his father's grave only once is quite sad.
It also features a credible subject. Unlike Jailhouse Lover Tells All's Kyle Kennedy aka Pure, Sheriff Hodgson does not focus on any potentially unsavory or scandalous elements of his most famous inmate. His portrait of Hernandez is essentially that of a lost boy, one who was deeply broken and tormented by the demons he carried. As a side note, unlike Kennedy, Hodgson not only sounds more credible but also coherent.
Unlike previous Hernandez-centered documentaries, Life Inside stays almost wholly away from other elements such as his drug use or homosexual or bisexual aspect of Hernandez's private life. The closest the program comes to bringing up Hernandez's sexual orientation is when he recounts how the Odin Lloyd murder may have been triggered by a friend of Lloyd's allegedly calling Hernandez a "punk" and "one of those funny people". That's as close to a suggestion that Hernandez's allegedly secret gay life was the trigger to Lloyd's murder. 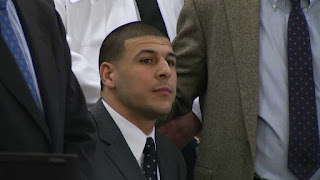 Hodgson isn't excusing or trying to explain away Hernandez's life of crime, merely noting that Hernandez was in desperate need of genuine affirmation. This is noted throughout Life Inside with revelations from Hodgson that Hernandez preferred basketball over football but dropped the former when his father became adamant his son pursue the latter.
A more chilling tale is when a former college football teammate offered forgiveness after a falling out. Hernandez, according to Hodgson, calmly stated that once he got his former friend in a relaxed manner, he cold-clocked him for revenge.
Hernandez's hair-trigger temper is brought up by other interviewees, who remark how all these slights and acts of disrespect real or imagined would get Hernandez's ire. These, unfortunately, led to violent retributions. We hear the reluctance of other NFL teams who, while seeing Hernandez's talent, couldn't get past his shockingly low self-esteem and emotional health issues. It was an ominous scouting report that proved that past is prologue.
The focus on the case and in particular the more father-son aspect makes Aaron Hernandez: Life Inside a more professional, respectable telling of this oft-told tale than past Reelz ventures. It's probably the most sympathetic portrait of Hernandez that Reelz has made, and one of the most sympathetic overall. Perhaps if someone decades earlier had told Aaron Hernandez "Talk to your father and read the Bible" or if Hernandez had taken up those challenges, the entire tragedy that destroyed so many lives might have never happened.
8/10
Posted by Rick at 12:30 PM