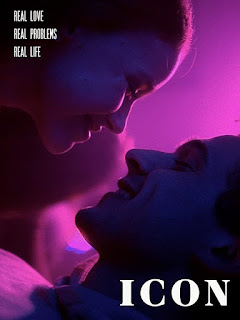 Is one condemned to repeat the mistakes of our fathers? Icon asks itself that question, and while it does not break new ground in its story, it is elevated by a strong central performance that makes it worth a watch.

Young love has repercussions for high schoolers Sam Tolentino, Jr. (Parker Padgett) and his girl Ana (Devon Hales). She becomes pregnant and now debates on whether or not to have an abortion. Should she want one, it is $850, which neither of them have. Sam decides the best way to raise the money quickly is to sell drugs for his friend's brother Curtis (Johnny Lo).

Unbeknown to Sam, he is essentially following in the footsteps of his father, Sam Tolentino, Sr., currently serving time in prison himself. Sam's mother Lisa (Julia Denton) has been firm about keeping all contact with his father off, but with the chaos of his life he begins his own search. That search leads to shocking discoveries about Sam, Sr. and about himself. Ultimately, Sam Tolentino, Jr. realizes he does not have to repeat history. 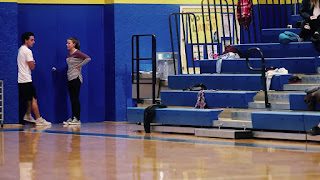 Writer/director Tony Ahedo made a film that in some ways is quite familiar. A lot of Icon seems almost predictable: the unexpected teen pregnancy, the poor method of acquiring fast money, the troubled relationship with the parents. You are not surprised by much if anything in Icon expect perhaps when Sam gets revenge on thugs who beat and robbed him.

Even the aspect of Sam, Sr. not living up to the hopes and ideas that Sam, Jr. has are almost to be expected. As a side note, I figure this is where Icon gets its name: Sam not so much deifying his father but holding out an idea of him being someone worthy of adoration.

What Icon may lack in originality it makes up with a wonderful performance by Parker Padgett, a young actor starting to make his mark. His Sam is flawed, difficult, in so many ways making ghastly decisions one after another. However, he is also regretful, pained, deeply hurt and determined to do right.

Padgett's tic of rubbing his hair fiercely whenever confronted with a major issue might have been distracting but I found it a reflection of Sam the person. Perhaps it was a bit distracting given how I noticed and mentioned it. However, Padgett gave a very real portrait of an average young man, finding himself in this situation and attempting to work it out on his own.

It does make one wonder if he had told Lisa rather than try to keep all this secret things would have worked better for everyone concerned.

Parker Padgett holds your attention throughout Icon as Sam: his thrill at young love, his fear when confronting Curtis, the total emotional collapse on a drunken night, the disappointment and rage when he finds his father is no one to look up to. He's the dominant force in Icon, and while at times a certain unreality came through on the whole this film should be a good calling card for his future career.

Icon also falls into some other traps a lot of teen-centric films do, like the musical montages that percolate through the film. These are minor points, for on the whole I think Icon is a surprisingly moving film that will appeal to most audiences. It isn't perfect but neither are the characters.