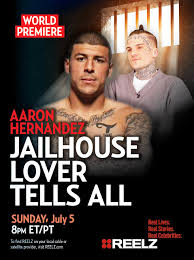 Reelz Channel won't let go of Aaron Hernandez. A network that switches between profiling celebrities in trouble and true-crime found the ideal figure in the late New England Patriots player. Not satisfied with delving into a story that paints Hernandez as a serial killer, Reelz returns to the Hernandez well with the salaciously titled Jailhouse Lover Tells All.

Kyle Kennedy, already featured in Aaron Hernandez's Killing Fields, now is brought back to tell not just his alleged relationship with the disgraced tight end, but also about himself. In turns shocking and oddball, Jailhouse Lover Tells All reveals surprisingly little that wasn't already known or suspected.

This "major television event", once again hosted by Dylan Howard, features the story of Inmate W107335, also known as Pure. It was a circuitous route Kyle Kennedy went through to earn his nickname. First it was "Cocaine" (because he was crazy and white, as he tells it in his slow cadence), then it went to "Pure Cocaine", but as that was too long, it was shortened to just "Pure".

Hernandez also confessed to being unsure if he was gay, and that to have sex with his long-term fiancee Shayanna Jenkins he needed to think of men or be "super high". 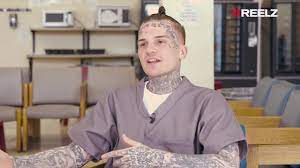 The carnal pleasures were not the only aspects of the Kennedy/Hernandez relationship. As a leader in the Bloods gang, Kennedy soon found himself second fiddle to Hernandez, who now was the "shot caller" in that prison gang. Hernandez quickly became something of a drug kingpin among the other inmates, with Kennedy at his side. "He was the most loyalist person," Kennedy remembers. They would spend their days getting high, cooking meals, selling drugs, writing each other love letters.

Kennedy would also hear Hernandez's confessions to his many crimes. Not only did Hernandez admit to killing Odin Lloyd, but bragged about having four murders. That would be Lloyd, Daniel de Abreu, Safiro Furtado and Jordan Miller, the latter apparently a case of mistaken identity.

While in prison, Kennedy claims Hernandez talked about what his life post-prison would be like. He wanted to both go into business with and marry Kyle Kennedy. The businesses would actually be, Kennedy asserts, fronts to sell drugs. However, by the end of their affair Kennedy saw that the weight of the trials was making Hernandez more mentally unstable. Hernandez, according to Pure, was highly paranoid, convinced everyone he talked to was an undercover officer waiting to get the goods on him.

While Kennedy eventually found himself in a minimum-security prison, Aaron Hernandez hanged himself on April 19, 2017. 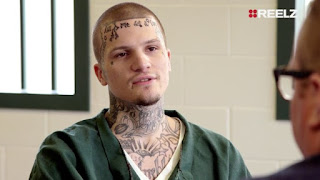 I cannot help think that if Kennedy really was Hernandez's "jailhouse lover", then Hernandez had remarkably poor taste in men. The idea that this heavily-tattooed, poorly educated criminal would not only inspire lust but genuine romantic love in Hernandez seems almost ludicrous. Granted, people love whomever they do for their own reasons. However, for someone like Hernandez, who may have been a self-loathing gay or bisexual man terrified of being outed, it doesn't seem logical to think he would leave his fiancee and daughter to publicly marry another man after being acquitted of three murders.

This claim that Hernandez wanted to marry Kennedy is more puzzling given that a possible motive for the Odin Lloyd murder was that Lloyd may have discovered or walked in when Hernandez was having a same-sex tryst. As such, why would someone so deeply buried in the closet turn quickly around to be in a same-sex marriage if and when he beat the rap?

Jailhouse Lover Tells All seems ludicrous on many levels. Kennedy claims to have had many love letters but could only produce one via his attorney where Hernandez talks about loving him. The other letters, Kennedy states, were flushed down the toilet. Already the lack of physical evidence makes one dubious of the true nature of their relationship if any.

That Hernandez was more than likely gay or bisexual has stronger evidence, but Kennedy can't provide much if any evidence of a sexual relationship, let alone a romantic one.

Even Jose Baez, Hernandez's defense attorney, dismisses the idea of a Hernandez/Kennedy affair. Baez doesn't dismiss Hernandez being gay, but flat-out rejects Kennedy's claims. When presented with the sole letter talking about Hernandez "loving" Kennedy, Baez retorts "Aaron told everyone he loved them".

Another curious element is in Kennedy's assertion that Hernandez and he were major players in the Bloods gang. Again, I'm not a prison gang expert, but I always thought the Bloods were primarily if not exclusively a black gang. The notion of this very white man and the Hispanic former football star taking on major roles in even the local Bloods gang seems bizarre. Again, perhaps not impossible, but quite out of the ordinary.

What is perhaps the most puzzling aspect of Jailhouse Lover Tells All is Howard's total unquestioning belief in Kyle Kennedy's story. Rarely if ever does Howard push back to Kennedy's myriad of claims. Instead, he pushes back against Baez, the man who doubts Kennedy's myriad of claims. It's to where Kennedy could claim he and Hernandez danced naked bathed in the blood of chickens before hosting a prison orgy and Howard would merely nod his head in agreement. Kyle Kennedy comes across as an unreliable witness, one who could say what people want to hear. Again he might be thoroughly truthful in his stories of life with Aaron Hernandez, but one has wide room for doubt.

As a side note, Aaron Hernandez's Killing Fields mentioned an attempted murder Hernandez is alleged to have taken part in while at the University of Florida. Curiously, despite their many conversations Hernandez never appeared to have brought up the Corey Smith case to Kennedy. Moreover, Howard never asks Kennedy about the Smith case.

Aaron Hernandez: Jailhouse Lover Tells All may be true, but it can't get away from being highly questionable, as well as tacky and tawdry. "The things we talked about...it wouldn't be believable," Kennedy says early on. On that I figure many would agree.