There are times during Takers when the movie almost appears to be a parody of the various heist films it wants to emulate/rip-off. The first is when our group of master criminals walks away as an explosion goes off behind them. As if we haven't seen that before. We also get treated to other things that are innovative: the relentless cop who doesn't go by the rules, the group of master thieves going for a big score, the rogue cop's financially-strapped partner who falls to temptation, a climatic robbery where (wouldn't you know it) something actually goes wrong, and a Mexican stand-off.

The thing is, Takers isn't suppose to be a parody, or at least I think their intent isn't to make fun of these type of films. They are suppose to equal or even out-do them. Pity no one told director John Luessenhop or the three people that worked with him on the screenplay (Peter Allen, Gabriel Casseus, and Avery Duff).  As a comedy, Takers might have been good.  As drama, well, let's see.

This group is a collection of master bank thieves. We have co-leaders Gordon Cozier (Idris Elba) and John Rahway (Paul Walker), and their crew: A.J. (Hayden Christensen), and brothers Jake and Jesse Attica (Michael Ealy and Chris Brown). They've just executed a major heist and are enjoying the fruits of their labor, when one of their old members, Ghost (Clifford Harris, Jr., known by his nom de guerre T.I. but billed at Tip 'T.I.' Harris) has been released from prison and invites them to take on another job: stealing $30 million from an armored truck.

Of course, this goes against the crew's modus operandi, which usually involves laying low after a robbery and taking a long time to plan it, but (of course) they do it. Meanwhile, Detectives Jack Wells (Matt Dillon) and Eddie Hatcher (Jay Hernandez) are investigating their most recent heist. They come across evidence linking Ghost with a group of Russians, and the clues there lead the cops to suspect our group of master criminals.

The relationship between Ghost and the rest is strained, especially given that Jake now is in a romantic relationship with Rachel (Zoe Saldana) Ghost's ex (I digress to say Rachel probably didn't hook up with Jesse because she was concerned Chris Brown might physically assault her the way he did Rihanna). As Wells and Hatcher close in, the crew goes through with the plan, but...wouldn't you know it...one of them is planning to double-cross the team and take all the money for himself (one guess as to who the villain is). 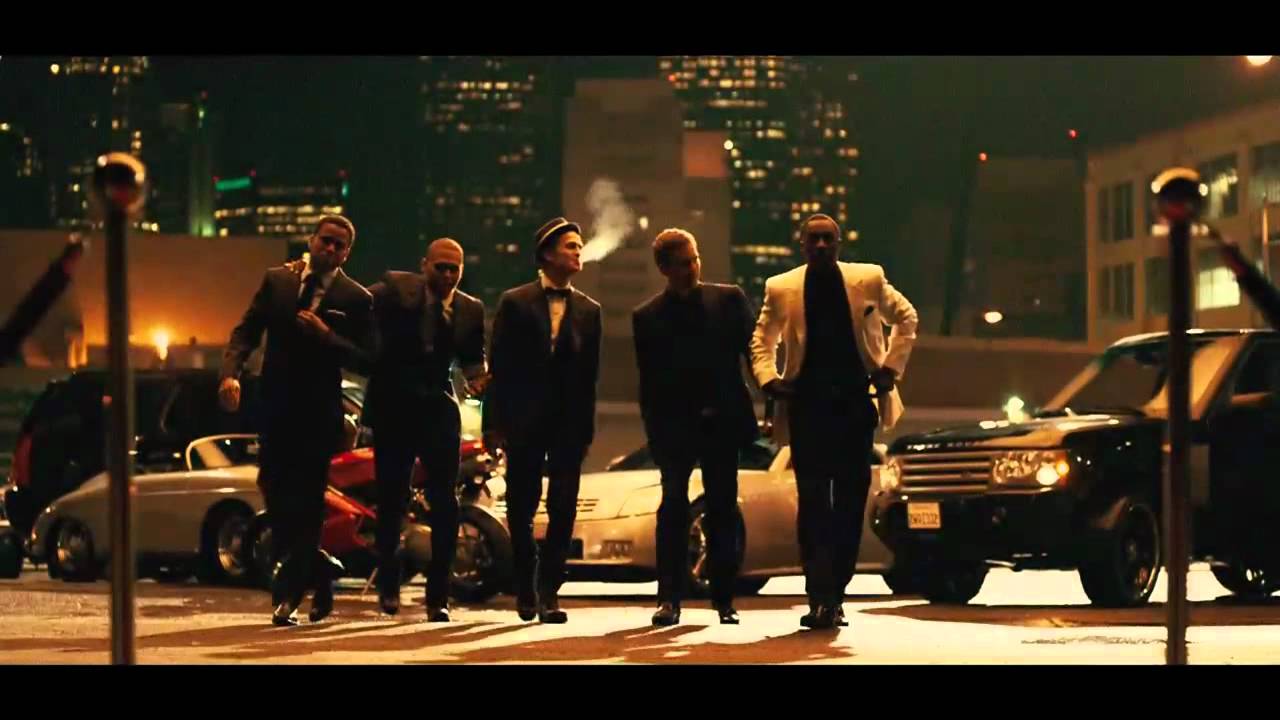 One shouldn't be harsh on Takers. In many respects, it really is useless: as entertainment, as a movie, as a vehicle for real criminals. However, the fact that it can take talented actors (Matt Dillon, Marianne Jean-Baptiste as Gordon's drug-addicted sister), those whose acting ability is secondary to their physical beauty (Paul Walker, Hayden Christensen), and those who shouldn't have a career of any kind but should be in prison (T.I., Chris Brown), throw them all together, and still expect us to be either excited or cheer them on pushes Takers even lower in the quality aspect.

Few films start off so badly. From the get-go the dialogue feels forced and fake. One especially feels for Oscar-nominee Dillon, who looks and acts as if he is waiting for the check to clear. He is responsible for a second moment which plays almost as parody: when his partner is facing death at the end of a shoot-out. The scene between him and Hernandez was missing only the requisite coughs of a dying man and him saying, "It's getting dark" to play as a joke.

I give Hernandez credit for trying to act (and applaud the fact that a Hispanic is playing a part which I figure was written for a non-Hispanic), but it wasn't a good performance. Oscar-nominee Jean-Baptiste did as much as she could with a somewhat stereotypical role, but it also wasn't enough.

Curiously, all these detours into the private lives of the characters (Cozier's drug-addicted sister, Wells' problems with being a good father, Hatcher's ill son) seem so strange when you consider that other characters (John, A.J., Jesse) have apparently no outside life. This suggests a lack of focus: trying to give us ideas as to only certain characters are but not others may tempt one to wonder as to what the rest of them are like in their off-hours. Does John like to paint? Will A.J. play more piano? How many women has Jesse assaulted? 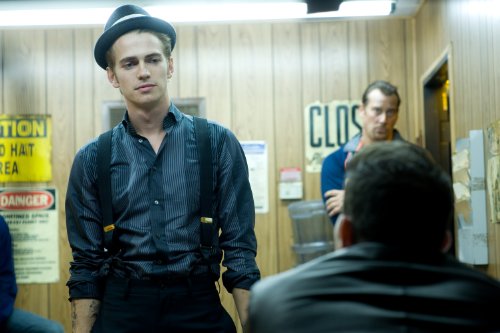 Let me digress to point out the "Creepiness" Factor in Takers. You have a kid who brutally beat a woman and a man who has already served time for weapons charges and is at the time of this writing facing drug charges. There is something disconcerting, even infuriating, in the smiling face of Brown, knowing that this guy thought he was so good that he could (perhaps in his mind should) beat on someone physically smaller who wasn't in a position to defend herself. Seeing him on screen, taking in all the glory of having basically 'gotten away with it' and still being celebrated as a star, especially by those who still listen to his music, is grotesque to me.

The same goes for Tippy. Both of these people are pretty reprehensible and apparently incapable of running their lives with any sense, yet here they are, attempting to be movie stars and living out their fantasy lives. As an actor, T.I. has nothing but his swagger and unjustified self-confidence. I can't speak for the audience, but I felt uncomfortable watching these two, knowing that in the real world, they would not have life as easy as they do now.

Now, let me move on to the other actors. Walker, at age 36, still has an amazing body which he shows off briefly. However, he is basically expressionless throughout Takers. Christensen lets his Canadian accent slip out when saying 'about', but the most irritating thing about his performance wasn't the fact that he hasn't progresses from the whiny Anakin Skywalker, but it was that damn hat.

My pet theory as to why he insisted in wearing that hat was so that we could distinguish him from Walker: it might be difficult to tell the difference between two blonde, blue-eyed wooden actors so you needed a visual aid to tell them apart.

Luessenhop is not imaginative in his filmmaking either. What is suppose to be this climatic chase scene between Brown and Dillon/Hernandez was made in the ubiquitous shaky-camera style that makes things hard to follow. I'm of the mind that chase/action scenes should be as clear as possible, not as chaotic as possible. It might have worked in The Bourne Supremacy, but then Paul Greengrass is simply put, a better director.

There were also some flat-out strange moments in Takers that made you wonder if those behind the camera had any sense. We're suppose to believe Wells loves his daughter, but he loves her so much that he's willing to put her in danger by pursuing them (albeit slowly). I kept wondering, 'if he's going to tail highly dangerous criminals, why doesn't he just tell his daughter to write down the license plate number as he dictates it to her instead of taking her crayons to try and write them himself?' That just made me wonder what was going through their minds.

Takers is aptly named if by that they mean they take the audience for fools or idiots. What is there to recommend Takers? The acting? There wasn't much if any. The story? Not original. The characters? We don't end up caring about any of them (with the possible exception of Jean-Baptiste's Naomi). The fact that it suggests there might be a sequel (violating one of my Golden Rules of Filmmaking)? Not interested. The best suggestion I can make is, Take Your Money and Run Away.