We Will Always Love You...

I was at a surprisingly crowded theater, about to watch The Woman In Black, when one of the people behind me finally got off the phone before the trailers were to begin.  What she told her companions, and which I overheard, completely shocked me.

With moments to spare I popped open my phone and rushed to get Internet to see if this was true or a crazy rumor.

In certain ways, the news was both surprising and not at the same time.   It's surprising in that she was still remarkably young, and because Houston appeared to be returning to some form of normalcy.  However, it was not surprising because of her various troubles, all self-inflicted.

I don't think there is any dispute that Whitney Houston had A Voice.  It isn't surprising: her mother is gospel legend Cissy Houston, her cousin is Dionne Warwick, her godmother is Aretha.  She was surrounded from birth with glorious sound, so it was not surprising that Houston would have an amazing voice.

However, the public still was amazed just how powerful and beautiful Whitney Houston's voice.  She had a clear voice whose range was simply spectacular.  Her songs were both light (I Wanna Dance With Somebody) and remarkably dark (Saving All My Love For You, what appears to be a tender love song is really a song from the viewpoint of a mistress waiting for her married lover).  Add to that, she appeared to be a sweet girl who could belt out songs, bringing a power to her rendition without being over-dramatic.

One needs no further proof of her power as a singer than with the rendition of The Star-Spangled Banner at the Super Bowl.   We had just entered the First Gulf War, and the nation was understandably on edge.  Her performance was simply perfect.

At the end of her song, she looked genuinely happy: with a performance that was brilliant, and with the fact that her country at that moment loved her for doing such a great job with our National Anthem. 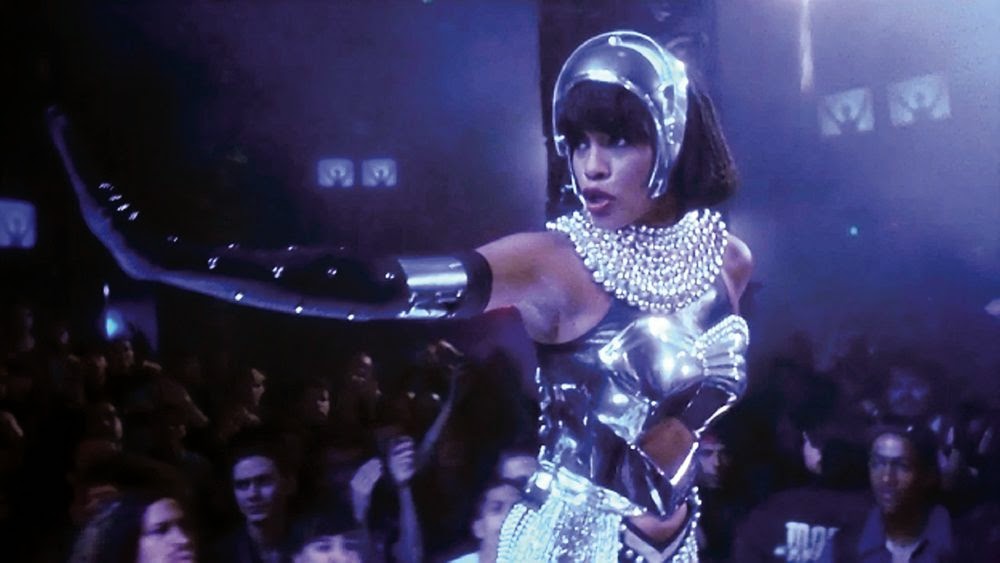 It isn't a surprise that she transitioned into film.  Her debut in The Bodyguard may not have been liked by most of my fellow critics, and while I recognize it was not great, I find myself entertained by it all, with Houston giving a good though not great performance.

The true greatness of The Bodyguard is in the soundtrack.  Here is where Houston excels.  As much as her version of Dolly Parton's I Will Always Love You became so ubiquitous that it became a cliche to hear at weddings or funerals, her performance of the song is still incredible.  She knew that this was a love song, and that it had to have an incredible push to its crescendo, and Houston delivered.

As time went, she did improve as an actress, although her screen appearances were remarkably small: Waiting to Exhale, The Preacher's Wife, the television special of Rodger & Hammerstein's Cinderella, and the upcoming remake of Sparkle.

I figure that if things had turned out better, she would have become a good actress, one particularly adept at musicals or ones with musical numbers.  Granted, I don't recall Houston singing outside the soundtrack to Waiting to Exhale, and I wasn't big on the film, but I think she was finding more confidence in herself as an actual actress.

This is not how a diva is suppose to look.  However, this is what this great voice was reduced to by her own actions.  A great deal of blame has been put on her marriage to Bobby Brown, formerly of New Edition.

Sadly, for many years, she was the authoress of her own destruction, both of her health and her reputation.  Her eccentricities were becoming more pronounced, her behavior more erratic.  Somehow, a woman who had this tremendous voice, who was seen as a gold standard of performing, became a sad wreck.  We all watched, and laughed.  It's a sad aspect of human nature to see gifted people crumble under their own foolish decisions and in Houston's case, an almost pathological fixation with her husband who already had fathered children outside of marriage and was her partner in drugs.

At that point, she was far too self-indulgent and self-destructive to care.

We all saw how she had changed both physically and vocally, but the lure of the coke and the booze was simply too strong, with an enabling husband and a court of Yes Men at her side.

I figure that eventually, she did find her way back, but alas, it was if not too late then too little.  She could no longer be relied to deliver the brilliant musical turns that had become her trademark.  Her voice was no longer so pure, so clear, as it had been in her heyday.  Houston was not so much making a comeback as starting to fight to get back to where she was.

Still, Houston's death is shocking.  Despite all her troubles, all her disasters, all her oddball antics, she had A Voice: one that was clear, clean, pure, and remarkable.  The sadness of it all: the loss of that voice, of her reputation, of her notoriety coming from her weird appearances than on her singing.

A Waste.  A Sheer Waste.  These stories are too familiar to see repeated over and over and once more.

Now, it would be unfair to say that drugs were the direct result of Houston's death.  At the time of this writing the autopsy has yet to be performed.  However, it is not hard to imagine that if anything all the drugs that she did consume didn't affect her health in some way.  Drugs may not have been a direct cause of death, but given her past, it isn't surprising that they would be suspected by the public.  Whatever killed her, it was not worth all the sorrow and destruction of one of the best voices heard in pop music.

For myself, I will focus on her songs, her beautiful voice, and her youthful joie de vivre as opposed to the wreck she allowed herself to become.  Her songs will still be played, and one hopes that Whitney Houston's legacy will be the music she made, not the disaster she ended up becoming.

In the end, one of her songs best sums up the life of Whitney Houston:

Didn't We Almost Have It All?