The Woman in Black: A Review 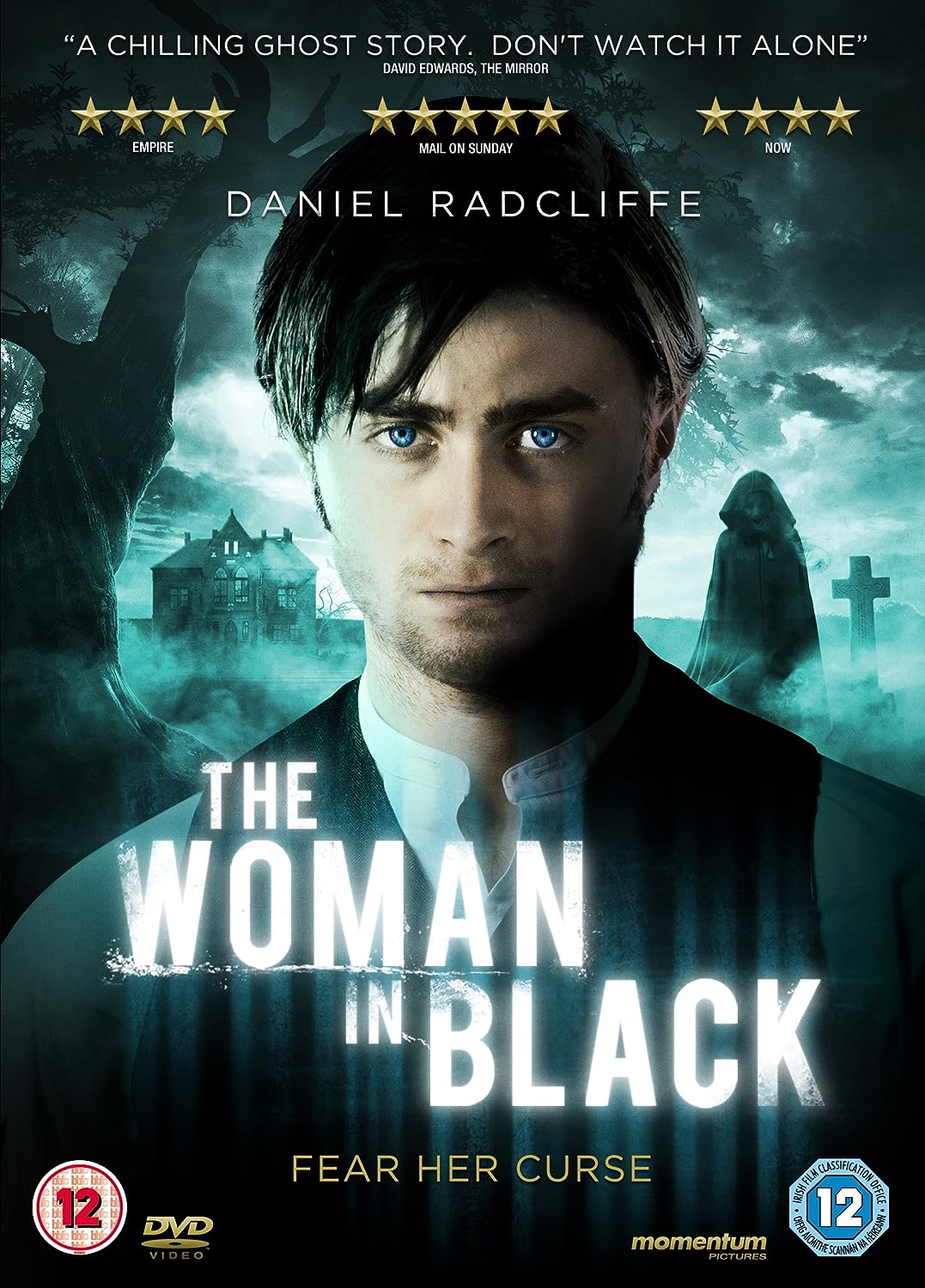 THE WOMAN IN BLACK

Going Over A Dark Radcliffe...

I couldn't help thinking of the legend of La Llorona (The Weeping or Crying Woman) while watching The Woman In Black simply because of the similarities: a woman who has lost a child starts being responsible postmortem for the deaths of other children.  The Woman In Black did its job quite well: give the audiences some good old-fashioned frights relying less on gore and more on anticipation.

Arthur Kipps (Daniel Radcliffe) is a young widower with a young child.  He's also a not-too-successful lawyer who is facing termination.  He has one last chance for success: to get the estate papers of one Alice Drablow, so off he goes to the north of England and her rambling estate, Eel Marsh House.

However, the villagers are not welcoming to Kipps and are terrified of the house.  In this village, the children have a nasty habit of dying in particularly gruesome ways: the film opens with triplets jumping to their deaths en masse.  Only Mr. Dailey (Ciaran Hands), who appears not to hold to superstitions, welcomes and helps Kipps.  The Daileys have their own grief: their own child died, and Mrs. Dailey (Janet McTeer) has moments of lunacy, thinking her son can communicate to her from beyond the grave.

Kipps insists on going to Eel Marsh House, a house that is isolated when high tide rolls in and becomes an island, and once there, he hears things that go bump in the night.  He learns some shocking secrets: the Drablow's child Nathaniel drowned in the marshes but his body was never recovered; moreover, the child was not their son, but their nephew, Mrs. Drablow having taken the child from her sister Jennet (Liz White).  In her grief and anger at having her child taken, she kills herself.  However, she is still around, as the titular Woman in Black.

Apparently, seeing her, even briefly, will mean that more children will die.  Kipps catches sight of her, and is now held responsible for more children dying.  In order to set things right, Kipps believes the Woman in Black will only be placated by having her child returned to her.  With Dailey's help, Kipps goes into the marshes.  He does find little Nathaniel's corpse, and presents him in his old room, and hopes for the best.

I think the ending is what pushes The Woman In Black down: the audience I was with didn't buy it, and frankly neither did I.  Not only is it a bit pat but it really never resolves anything: one wonders why we went through all we did if we won't get a real ending.

It also begs the question, 'if the Woman in Black is going to kill every child in town, why not just leave town, or send their children away, or just go and follow Talking Heads' advise to go Burning Down the House'?  Having seen Frankenstein, I know how fond villagers are of burning down things.

However, I don't think the point of The Woman In Black is to have resolution.  Rather, it's simply to be a good old-fashioned Gothic horror film, full of spooky sounds and sights.  James Watkins' film is filled with all the elements of a pre-Saw horror film: the old house, the fog overwhelming everything, the long silences punctuated with a sudden noise that makes people jump.  In that respect, The Woman In Black does the job of giving people jolts.

In terms of acting, this is an important film for Daniel Radcliffe.  This is his first film post-Harry Potter, and he looked remarkably dour throughout.

I know this will sound strange, but the best way to describe Radcliffe's performance in The Woman In Black is that it is a one-note performance, but he hits that same note very well.  Kipps is remarkably somber throughout the film, and we don't see how he gets interested in either solving the mystery of the Woman In Black or in just getting the hell out of there.  Radcliffe is emotionless for almost all the film, or rather, he keeps the same expression.  Whether that's a good thing or not I leave up to you.

Hands and McTeer are much better as the apparently only rational couple in the village and given McTeer has moments where she's bonkers, that's not saying much for the village.  If there had been a little more interaction between Kipps and Dailey into solving the mystery of the Woman in Black and maybe a little less on overwhelming people with atmosphere, The Woman In Black could have been a stronger Gothic film.

However, I think The Woman In Black is a film that was just wants to give people a good scare based not on graphic depictions of violence but rather on quick moments of lights going out, toys coming alive, and banshees screaming in the night.

There are some beautiful and brilliant moments in The Woman In Black such as when the candle lights reflect on a couple of toy monkey's eyes to where they appear to be glowing in a sinister manner, following Kipps around.  There are points of logic that I would argue against, such as why the villagers are so passive when it comes to The Woman in Black:I wanted to say just get some pitchforks and torches and tear the mansion into oblivion. I think again the weakest part is the ending that just didn't work.

On the whole, The Woman In Black is something that appears inspired by the works of Edgar Allan Poe in terms of spirit (no pun intended): a scary story built on the supernatural entering our world rather than overt acts of violence save when a girl literally lights herself on fire.  It is a film that is suppose to be full of atmosphere, and on that The Woman In Black works.  It's not a great film, it has a couple of problems, but The Woman In Black is a good film if one wants just a good jolt in the dark.  Just keep an eye on the children.