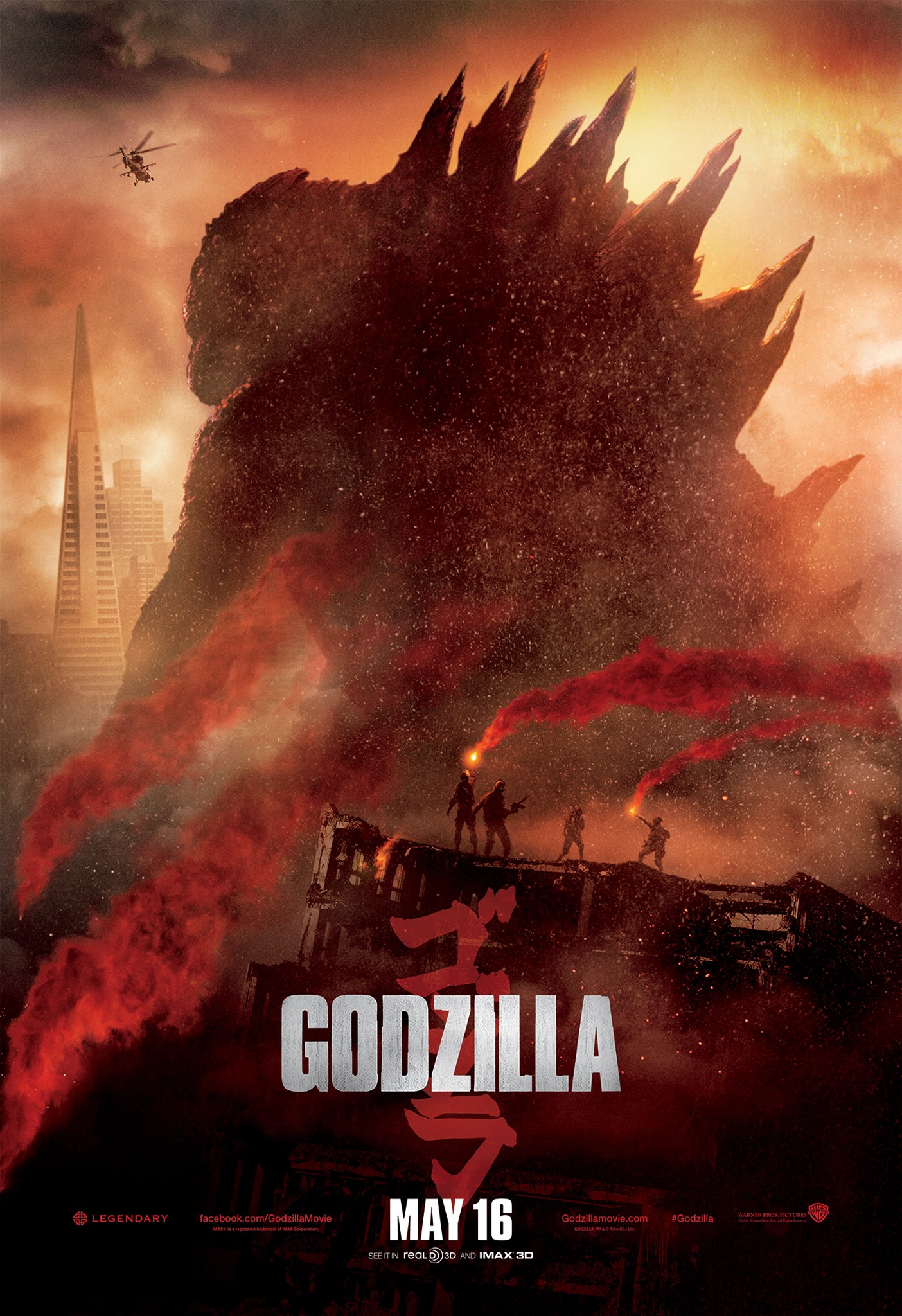 I feel a little lazy and run-down, so I think I'll get the review for Godzilla done quite quickly (which is more than I can say for the film itself).

Here is my very brief review of Godzilla.

I fell asleep during it.

There.  That's it.  In what is suppose to be an action movie, I actually fell asleep.  I didn't just nod off for a few seconds or even minutes.

I was pretty much out cold from when one of the monsters escaped Yucca Mountain to when the battle in San Francisco was pretty much over and Godzilla killed the other monster with atomic energy coming out of his mouth.

Between those two scenes I can't remember much (or even if these moments took place before or during my state of slumber.  I remember little bits: a tsunami in Hawaii, whining by Aaron Johnson (or Aaron Taylor-Johnson), lots of appeals to be afraid of this menace swimming from Japan to San Francisco in search of two other monsters, and everyone trying to take this all so seriously.

Now, I should say that there is nothing wrong with taking things seriously, especially when the movie is a pretty out-there premise.  My problem is that everyone takes everything FAR too seriously.  After a while, all this 'THE WHOLE WORLD IS AT STAKE' business starts getting dull.

As if the movie wasn't dull enough already, primarily because we were constantly told how high the stakes were.  Well, they might have been high, but given how our leads (Johnson, Elizabeth Olsen as his wife, Bryan Cranston as his dad, Juliette Binoche as his mom, Ken Watanabe as the 'extremely serious' scientist) behaved with basically one note performances, I didn't care about any of them.

In regards to Godzilla appearing so sparsely in Godzilla, my mother made a very astute observation.  "The movie should have been called Muto, With Special Guest Star Godzilla".   I know that they were going for making it more 'menacing' by making him more limited, but after a while for me I got tired of waiting for Godzilla to show up.

Is it me, or is there something wrong in making Godzilla the hero? Oddly, while Godzilla was not a big part of Godzilla, he actually had more expression than Johnson, who was so expressionless as the hero.  I never cared about his relationship with his father (who got killed off pretty quickly) or the haunted past over his mother (who got killed off in what, the first ten minutes), or his wife and kid back home.

That may be perhaps why I just dropped off in Godzilla.  I didn't care about any of it: the characters, the situations, even Godzilla himself who was almost an afterthought to his own film.

I don't fall asleep at movies, but when an action movie ends up so excessively somber, the slumber comes naturally.