I remember well when my parents and I had "The Talk".  The only thing I learned was that I was going to get 'feelings' and that I was going to grow hair.  Given by the time we had "The Talk" I had a mustache I figured this was a particularly odd revelation.  I'm sure though, that whatever discomfort I had when we had "The Talk" could not top the discomfort of Elizabeth and Philip Jennings when they told their daughter Paige what they knew they had to eventually.  Stingers is interesting that what was built up as the big turning point in the series was handled quietly, oh so quietly.  This was handled so well that it not only defied expectations, it elevated them.

There is a Cold War between Philip Jennings (Matthew Rhys) and Pastor Tim (Kelley AuCoin), the hippie-drippy pastor Paige (Holly Taylor) seeks out in time of need.  Pastor Tim is pushing Paige to get her parents to be more open about who they are, and she too has tired of the strangeness of her life.  She wants to know about why they have no relatives, why they get phone calls and rush off at all hours, of all the things going on.  Philip and his wife Elizabeth (Keri Russell) apparently aren't noticing that their son Henry (Keidrich Sellati) is bonding with their neighbor, FBI Agent Stan Beeman (Noah Emmerich).

Their big mission is Yousaf, the Pakistani ISI officer who is panicking.  He is coming to America, causing the Jennings' minder Gabriel (Frank Langella) that Yousaf "only has eyes for Philip".  Beeman for his part is still working to find out if Zenaida (Svetlana Efremova) is a double agent, and after watching Tootsie, she secretly leaves a message.  At the Rezindentura, Head Official Arkady (Lev Gorn) worries over the fate of Willow.  She's been recently targeted at her hotel room by an unknown assailant, and he fears that the Soviets' left hand doesn't know what the right hand is doing.  In other words, because of the super-secret nature of Willow's work, the Soviets may think Zenaida really has betrayed the  Soviet Union and is being pursued. 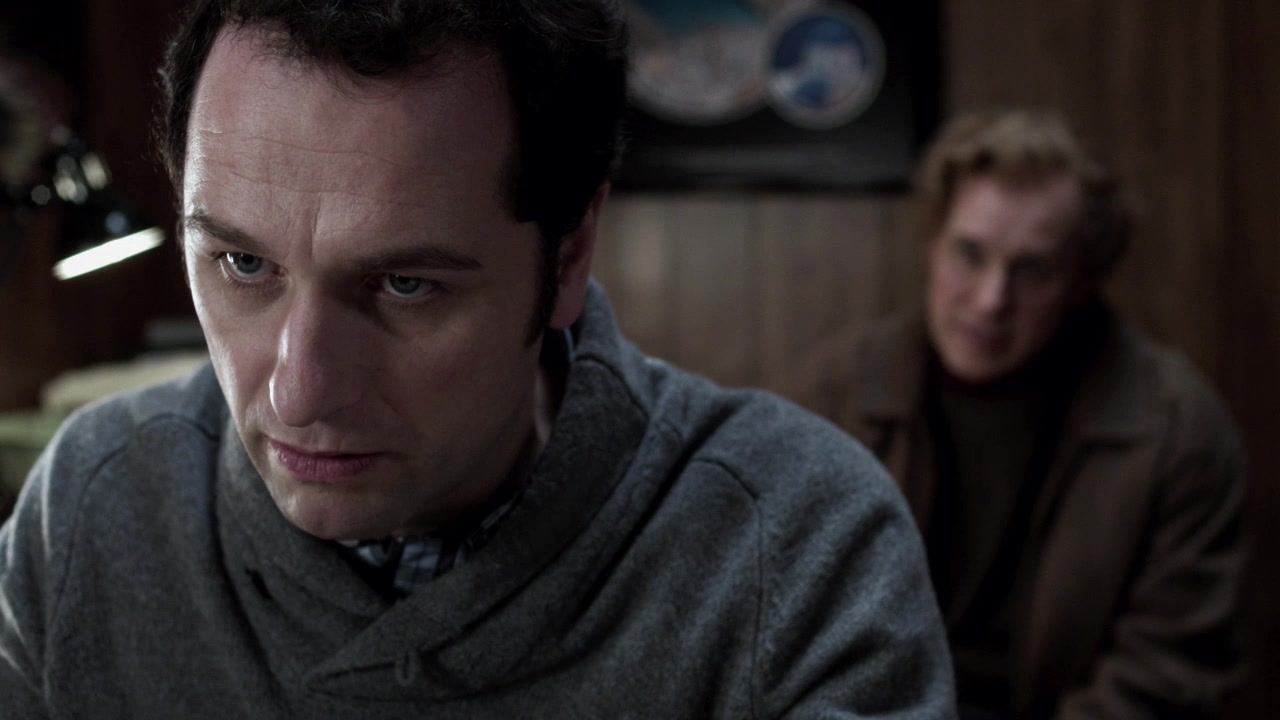 At long last, Philip and Elizabeth tells Paige the whole truth about who they are.  She doesn't become hysterical, but she also doesn't leap for joy.

Stingers is perhaps the most intense and quiet of The Americans episodes so far.  We get the big revelation of Philip and Elizabeth's true identities, but neither them or Paige go all crazy or intense.  There is no screaming, no big dramatic moments.  Instead, everyone is quite quiet and still, which makes them all the more intense.  This is the moment Philip has dreaded and Elizabeth has pretty much been looking forward to, but both find the actual exposing of their lives much more traumatic and unsettling than they thought.  For Paige, it seems an unreal situation, as if the entire gravity of the situation is not fully registering in.

All three of them (Rhys, Russell, and Taylor) were so excellent in the scene that they elevated the whole episode to a higher register.

We get a perverse sense of foreshadowing when Paige comes into the travel agency front unannounced.  She sits at their desk and wonders aloud if they plan to make a travel agent out of her.  The double entendre is simply brilliant.

We also get movement on two fronts, one foreseen, one not.  The Zenaida plotline finally has confirmation, showing that Stan's instincts were right.  However, we get a bit of a laugh when Zenaida observes after leaving Tootsie that a man dressed as a woman wouldn't be acceptable in the Soviet Union, and Stan says the same goes in the U.S. Stan plays a role in a storyline I wasn't expecting: that of Stan finding a surrogate son of sorts in Henry Jennings.  Stan brings a confiscated VHS copy of TRON for Henry (so 80s), and they hang out together.

If there was any flaw, it is when Elizabeth slips into a bit of speechmaking when revealing her truth.  However, when they speak Russian in an odd effort to comfort their daughter, it is so heartbreaking and played as real as possible.

Stingers is a brilliant episode, and one gets a positive impression of how good The Americans is.

Next Episode: One Day in the Life of Anton Baklanov
Posted by Rick at 8:30 PM