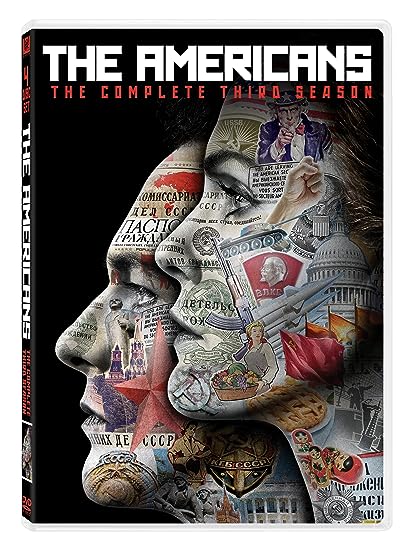 THE AMERICANS: THE COMPLETE THIRD SEASON

Lo, The Americans is blessed and cursed.  The Americans is one of the best shows on television today.  UNFORTUNATELY, it is all but lost in the shuffle with other shows like Better Call Saul, Game of Thrones or The Walking Dead.  Nothing against sleazy lawyers, unhinged kings or zombies, but this tragic tale of Soviet spies who find their moral core corroded and their children in danger both foreign and domestic is, I think, a better show.

As I finished Season Three, I thought about what makes The Americans such great television.  It all boils down to two features: great acting and great scripts.  Such a combination isn't always easy to achieve.  I think of Sherlock for example.  Yes, it is highly critically acclaimed and has a rabid fanbase (one that thinks the episodes are better than Canon, which some Sherlockians just don't care about...because The Hound of the Baskervilles can't be as good as Hounds of Baskerville).  I think it is very well-acted, but the scripts are lousy and nonsensical.

The Americans is different.  Almost all episodes are true to the characters, and in the ten episodes they take time to have our leads, Soviet spies Elizabeth and Philip Jennings, evolve and grow (and sometimes regress).  We have seen them fight, love, work together and be at odds.  In short, we've seem them as an average married couple.

This season we've seen them grow if not conflicted about what they do at least see that there is a high human cost.  Elizabeth had to sit as she cajoled Betty Turner (Lois Smith, in what should be at least an Emmy-nominated performance for Outstanding Guest Actress in a Drama) to kill herself.  Betty is an innocent caught up in their espionage, and I wonder whether the fact that Elizabeth's own mother is dying somehow impacted seeing this old woman expire in a particularly brutal fashion.

The real evolution has been with Philip, who was always the more sensitive and 'Americanized' of the two.  Elizabeth believes that life in America is 'easier but not better'.   Philip doesn't.  He isn't about to defect, but he also has been more troubled by his conscience, which as guest/supporting actor Frank Langella observed to him, is a dangerous thing.

As he sees his daughter Paige slip further from him both emotionally and with the Center's desire to make her a second-generation spy, along with his explorations of emotion through EST, Philip is being dragged emotionally through the mud.  He now not only could lose his daughter, but he could lose his son Misha, whom he's never met, in the deserts of Afghanistan.  I'm still haunted by what he wrote as the 'suicide note' in the season finale.  "I had no choice.  I'm sorry," the note read for Gene.

In truth, he was writing it about himself. 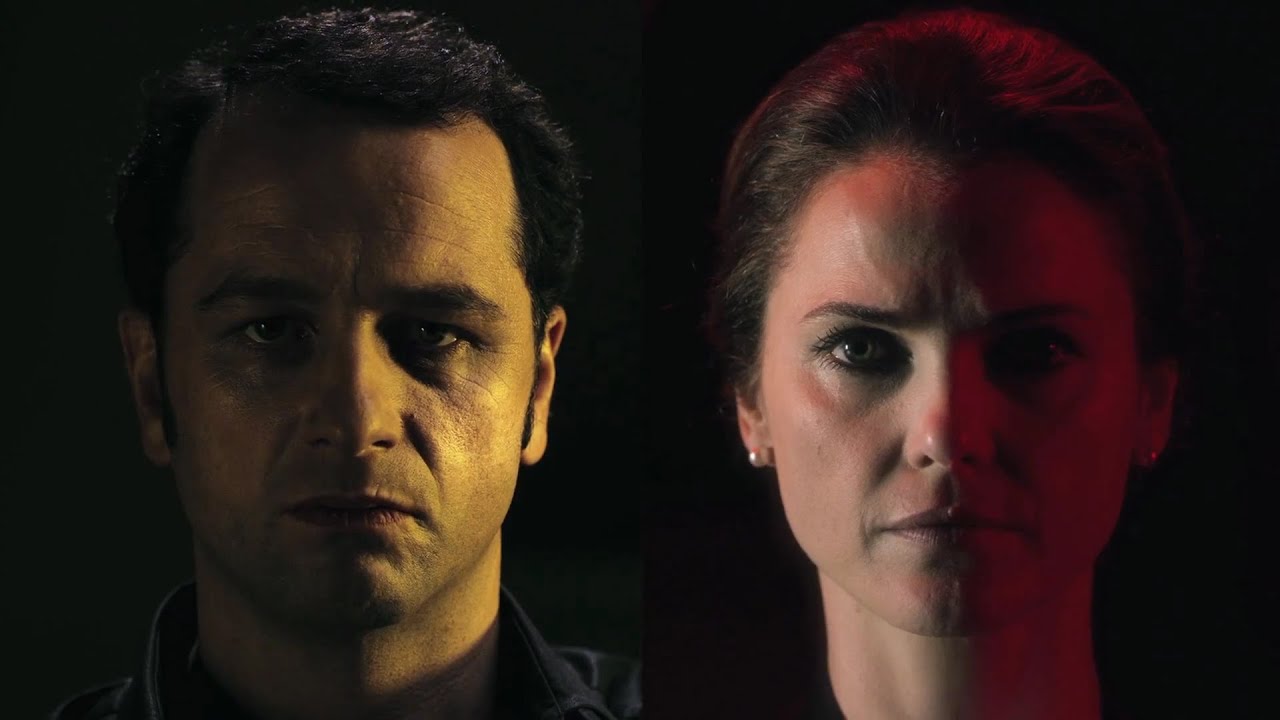 I think at heart The Americans is a tragedy.  Our hearts break for these two people who are killing and working to destroy our country.  I think it is because they are destroying themselves and what they truly hold dear (their family) slowly and irrevocably.  Brilliantly, we both know them and don't know them.  The Jennings are a front.  They disguise themselves constantly to everyone they meet (and the fact that The Americans hasn't received a Make-Up nomination is as foolish as Crappie Redmayne winning an Oscar for giving an impersonation rather than a performance).   Yet, for all their disguises and subterfuge, at heart they actually are good people doing terrible things.

We are getting such rich performances from the whole cast.  At the top of the list are the leads, Matthew Rhys and Keri Russell.  Rhys gives us the heart of the show as Philip, who does his duty but now is almost as robotic as the mail bot he puts a listening device on.  He is growing more conflicted by what he is asked to do: seduce a fifteen year old, give his daughter up, kill more innocents.  This has been a running theme this season, Philip's increasingly divided soul.  Rhys has handled this so wonderfully (and with a successful American accent to cover his native Welsh one).

Russell has done the same as Elizabeth, who isn't as conflicted about her mission but who also is perhaps starting to regret what she has done/is doing to her daughter.  Elizabeth, unlike Philip, sees that her work makes the world a better place (at least to her), despite what Betty tells her about being evil.  Odd, that we don't think of her as evil even as she does evil things.  Can we, like her, compartmentalize it all?

I also think that The Americans has the best cast on television as a whole.  Holly Taylor has taken center stage as Paige, and I think she's done brilliant work for a younger actress.  When she finally learns the truth (after relentless digging on her own) there was no great hysterics, no wildness.  Instead, it was all rather calm...too calm, almost as if the shock hasn't fully registered.  Taylor handles all this so well on-screen.  The Martha storyline is equally brilliant, as Alison Wright makes the secretary into a sad figure, one who loves but finds herself in a horrible situation.  It's also been good to see Noah Emmerich not just be devoted to investigating like the good FBI agent that he is.  We also see the private side of Stan Beeman: haunted by his love for Nina and the hurt he caused to his soon to be ex-wife Sandra.

Annet Mahendru as Nina, the Soviet who is working to save herself from certain death in a Soviet prison, has been nothing short of amazing (and yes, remarkably beautiful for a woman locked up in a gulag).  Nina is a survivor, who lives by the opportunities presented to her, who has been given a thin lifeline and is determined to make a go of it no matter how much she has to do.

I now have curiosity over Season Four.  Now that Martha knows her husband 'Clark' is not who he says he is, and Paige has squealed to her hippy-drippy pastor (sorry, but don't understand why Paige found religion through a lefty church when the Moral Majority was taking hold of American politics back then, a hold that is all but dead now), what will happen to both?  Will Elizabeth's resolve strengthen now that Ronald Reagan has declared the Soviet Union an 'evil empire'?  Will Philip finally break?  What about Henry Jennings, who is being left adrift, becoming more obsessed with video games and bonding with next-door neighbor Stan?  What will their next mission be?  How many more innocents will have to die?

The Americans is a brilliant show in all aspects: writing, directing, hair/makeup, and acting.  I don't understand why more people aren't watching it.  I hope to be more diligent when covering the show, for unlike others, I'm not big on binge-watching.  I love the show and recommend it to everyone.