Elementary: The Adventure Of the Nutmeg Concoction Review

ELEMENTARY: THE ADVENTURE OF THE NUTMEG CONCOCTION

I don't know if The Adventure of the Nutmeg Concoction is as close to a Christmas special as Elementary will get, since it has nothing to do with Christmas.  There is no mention of the holidays at all, but I can't help thinking that it's connected to the holidays.

Maybe it's the nutmeg.  The Adventure of the Nutmeg Concoction has a strong story where the criminal, granted, is a bit of a curious surprise, but on the whole holds up and has what really is Elementary's strongest point: character development.

Joan Watson (Lucy Liu) takes a case: the disappearance of a young woman five years ago.  The only clue is the curious scent of nutmeg found at the crime scene.  Sherlock Holmes (Jonny Lee Miller), with his protégé Kitty Winter (Ophelia Lovibond) foists himself on the case, going to FBI Agent Blake Tanner.  Tanner is convinced the missing woman, Kim Holder, is part of a serial killer's murder spree he's nicknamed "Pumpkin", but Holmes is convinced the various crimes of "Pumpkin" are not related.  In short, Sherlock Holmes thinks the FBI is chasing shadows.

Still, there is a missing woman to find. Watson and Kitty, who have formed a good working relationship, discover that the missing woman had been having an affair with a high-powered lawyer, Noel Kramer (Lewis Cleale).  He is innocent of her disappearance, but in a case of 'she knew too much', Kramer may have inadvertently led to her disappearance and probable death.

Kramer represented drug trafficker Raymond Carpenter (Kevin Geer), who may have thought Jessica (the missing woman) knew too much via pillow talk and had her rubbed out.  Holmes now suspects that it's not the murders that are the connection, but the clean-up crew, one that requires a concoction with the aroma of nutmeg.  For that, he calls in one of his Irregulars, whom he knows only as The Nose (John Horton).  The Nose's skills in sniffing out clues is without parallel, and at the latest site where nutmeg is detected, the Nose knows.

I LOVE writing that line. 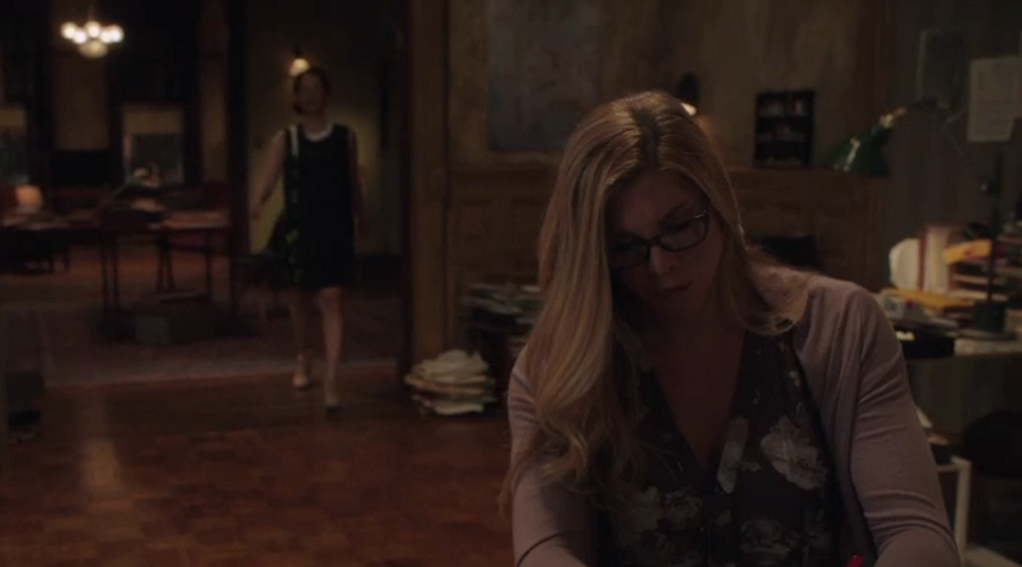 Holmes' plans to entrap the cleaner backfire, but ultimately we get a clue via a mural Holmes finds ugly.  It leads to an ex-student of the Spaudling Technical Institute who may be involved in the murders.  We get a last minute twist that Kitty finds which brings the real cleaner to justice, for he has murdered himself.

In a subplot, Watson is asked for help by an old flame, Chris Santos (Christian Camargo), which makes her question her relationship with Andrew.  In the end though, she opts to stay rather than stray, and Kitty, having solved the case, slowly comes to terms with her past, playing Beethoven's Sixth Symphony (The Pastoral), which her father so loved.

Oh, and Ms. Hudson (Candis Cayne) made an appearance.

It's a bit curious that Ms. Hudson is one of my favorite characters on Elementary (along with CLYDE!) in that she is so rarely seen (which I find a flaw on the show).  I do wish she had a larger role rather just appear intermittently, but in fairness perhaps Cayne has more side work that I don't know about.  I would like her to make more appearances and have a larger role, but perhaps that will come in due time.

Leaving aside that, The Adventure of the Nutmeg Concoction I think works remarkably well.  For once, the killer isn't the most obvious choice.  In fact, as we build the case, slowly and surely, we get a step-by-step breakdown of how Holmes came to his conclusions.  We aren't treated as fools, but instead we get a pretty logical explanation to things.  I do grant that the killer does if not appear quite randomly he does not get a particular showcase to have us think he could do it, the fact that we didn't solve it halfway through is a step forward.

What Peter Ocko's script gave us was a pretty enjoyable hour which allowed Jonny Lee Miller to have a wry wit to the proceedings.  This Holmes doesn't shrink from interfering in people's lives either person or professional.  Watson asks Kitty (off-screen I think) to look into the Chris Santos identity theft case, and while Watson and Holmes are waiting to interview Carpenter, Holmes asks Watson if she enjoyed "horizontal refreshment" with Chris.

Now there's a euphemism we haven't heard before. 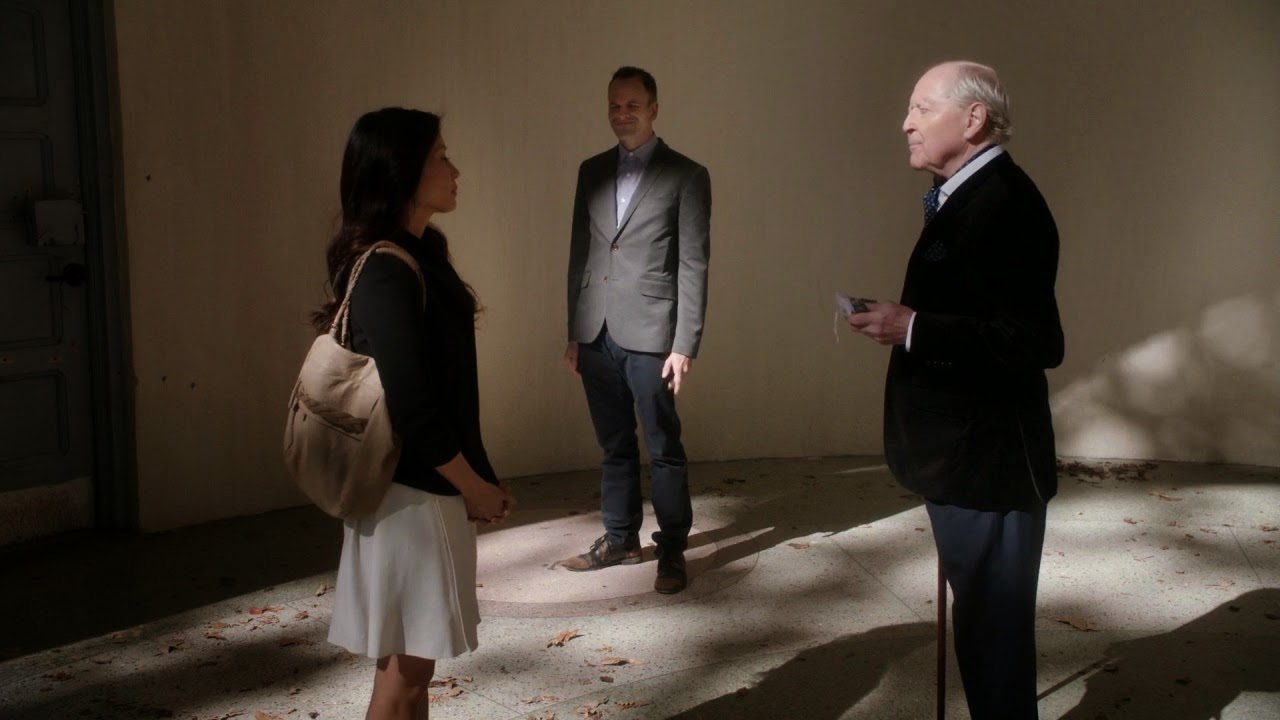 For Holmes, sex and love have mixed only once, with disastrous results, so he has little stock on the idea of love-making.  However, bits like this allow Miller to have a natural humor with his Holmes, one who knows the ways of the world and can mock it.

Miller also gets another moment of humor at Holmes' expense when his plan backfires.  It's unfortunate that we didn't see his arrest for murder when he sets up Kitty as his 'victim' in an effort to lure the cleaner, but the interplay between Miller and Liu is delightful.  They have a great rapport together, which is why I think they make an excellent Holmes and Watson.

Lovibond has also meshed well as Kitty.  I think there was a fear she would be an appendage to the whole show, but I think she's come into her own, making Kitty sympathetic and her journey an interesting one to watch.  Liu for her part continues to excel as Watson, her scenes of doubt with Santos a highlight.

It was also nice to see another Irregular, and an older gentleman at that.  Not all of Holmes' team have to be hipsters (like Everyone, though does the group count as part of the Irregulars).  I wouldn't mind if The Nose made another return appearance (though Ms. Hudson takes precedence, as does CLYDE!).

Next Episode: End of Watch