Sherlock Won't Accept A Cop Out...

For all the work that Sherlock Holmes does with the New York Police Department, he really has not much connection with the NYPD as a whole.  End of Watch is to my memory is the first story where the NYPD is the focus.  Granted, it is because two cops are murdered, but how these two random killings are tied and the twists and turns the case takes, along with those wonderful character explorations Elementary does so well makes End of Watch another fantastic story.

A NYPD officer is gunned down, with the cruiser camera as the only real clue.  Sherlock Holmes (Jonny Lee Miller), his new protégé Kitty Winter (Ophelia Lovibond) and Joan Watson (Lucy Liu) are all brought in to bring the cop killer to justice.  Joan finds a clue with a particular type of thread, and Sherlock discovers that Officer Flynn's gun was a toy.  Was he set up by his wife or a fellow officer?

As it turns out, the dead officer was the one who replaced his own weapon.  Mrs. Flynn reveals her husband had become an oxycontin addict, selling his possessions to continue his fix.  He reduced himself to selling his own gun to feed his habit. We also learn that there are similar toy guns in the NYPD armory.

Flynn had been stealing the weapons and selling them to keep the habit, but after cleaning his act was out of the gun-running business, which was part of the reason for his murder.  Due to his involvement in a crime he was denied a police funeral.  However, another police officer, Casey Hatem (Shezi Sardar) will get one, as he too has been gunned down in cold blood by Nick Buros (Robert Mammana), who is desperate need of guns that he presold to a Mexican cartel.  Is it coincidence that both Officers Flynn and Hatem worked at the NYPD Armory? 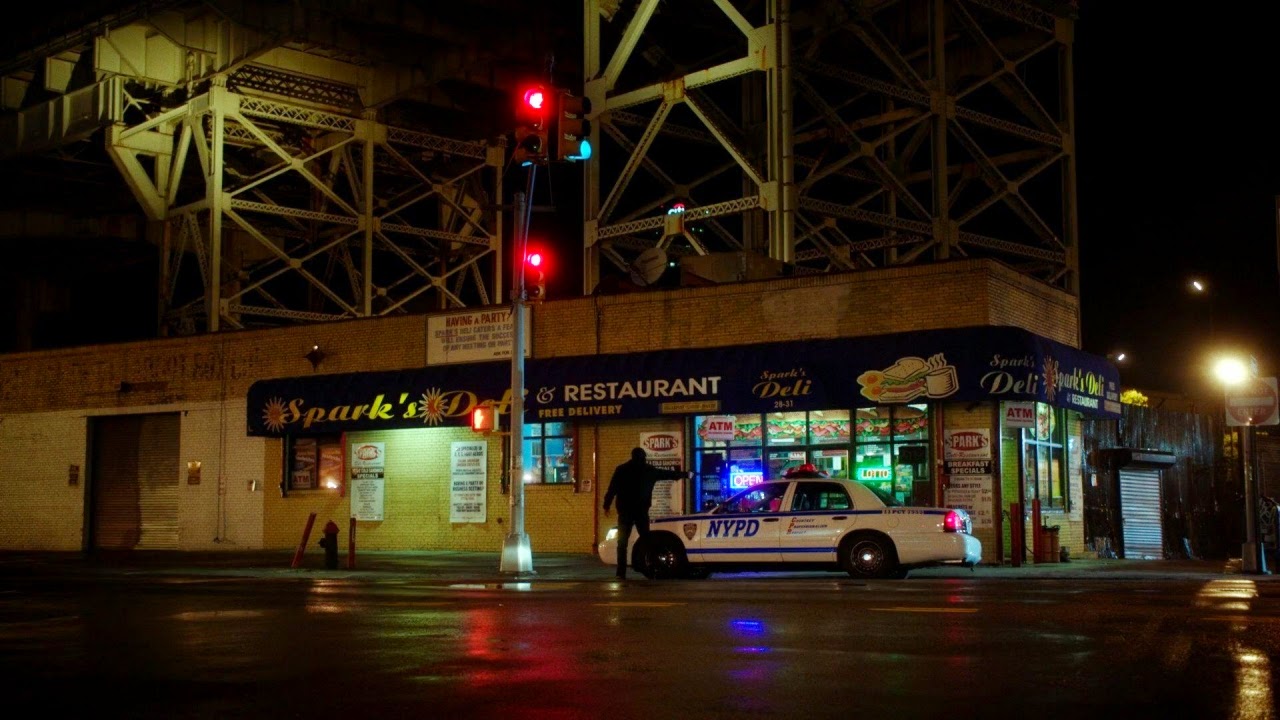 It all comes to a dramatic conclusion as the NYPD, with a lot of help from the Three Investigators (sorry, couldn't help it).

In the subplot, Kitty investigates a blog site called Brain Attic.  This site uses quotes from Sherlock that he says at meetings, which he thought were confidential.  It irks him that his quotes are being used and spread, and in fact he wouldn't have even heard about it if only for the fact that after an AA meeting a fellow participant told him Brain Attic 'sounds like him'.  He, via Kitty's investigation, tracks down the person who has been using his quotes, Darren (Gregory Abbey) and threatens to expose his affair unless he brings the site down.  We discover Darren did, Brain Attic replaced with a simple "I'M SORRY", but now Holmes wonders whether it was a good thing or not to pull the plug on what appears to be a site that genuinely helped fellow addicts.

End of Watch is shockingly topical (broadcasting two days before the murders of two NYPD officers in what appeared to be a retaliatory act for the death of Eric Garner).  The fact that one of the officers shares the same surname as one of the stars of Elementary (Officer Wenjian Liu, murdered alongside his partner Officer Rafael Ramos) lends the whole thing a more bizarre but no less tragic air.  End of Watch is also a strong case for just how good Elementary can be when it is good (and so Season Three is shaping up to be its best so far).

We have acknowledgement that the police are actually quite capable detectives.  Both Captain Gregson (Aidan Quinn) and Detective Bell (Jon Michael Hill) were able to put things together quite well on their own (in fact, Gregson had already thought about the possibility of a fellow officer secretly replacing the gun and had already gone through names when Holmes first brought up the possibility).  We also see just how far Joan Watson has moved as a detective herself.  When speaking to Mrs. Flynn, Joan asks her flat-out about her husband's addiction, having deduced from the Flynn home about what had been going on and explaining how she came to her deductions.

It was a wonderful moment to see Joan essentially channel Sherlock (and as a side note, can one truly imagine Martin Freeman's Dr. John Watson being able to rattle off such details with ease...or would he looked perpetually befuddled). 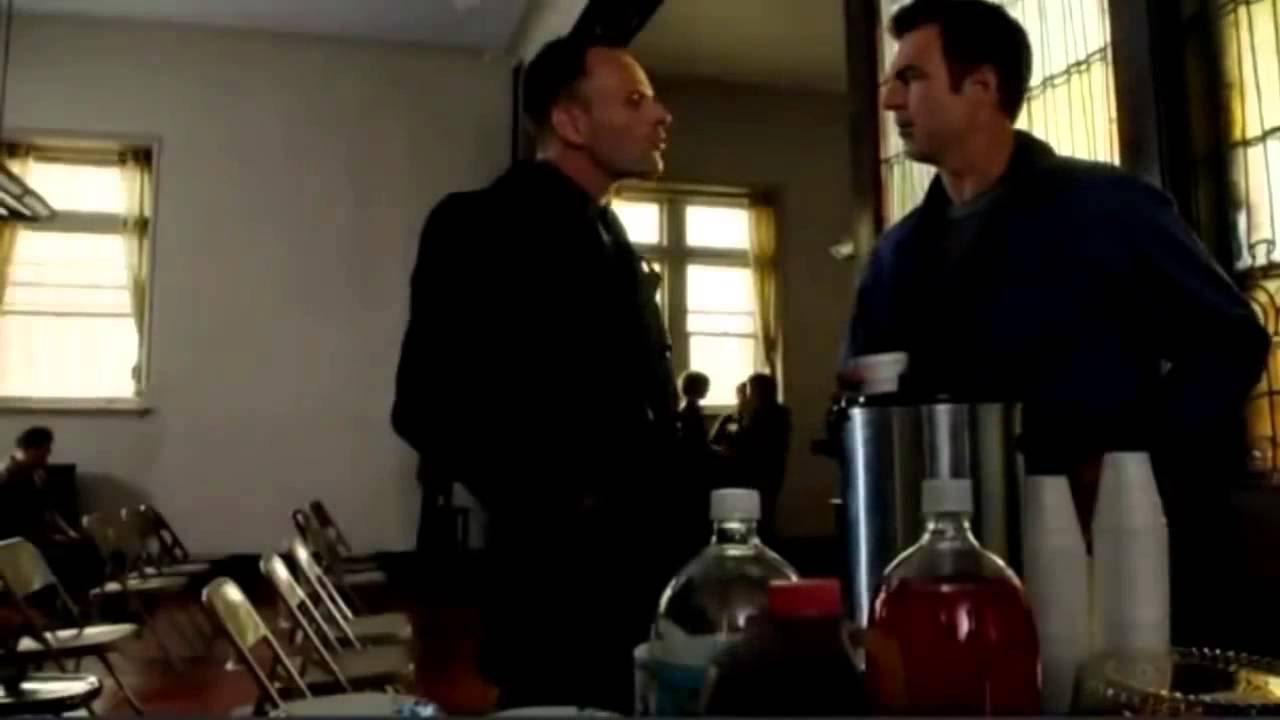 It was also wonderful to see Jonny Lee Miller play the conflicted Holmes.  We start End of Watch with one of the greatest quotes from Canon (what I call the "Give Me Problems" monologue from The Sign of Four, moved to A Scandal in Bohemia in my beloved Jeremy Brett series).  The Brain Attic Blog (itself a reference to Holmes' idea that the brain is an attic where only relevant information should be kept, hence Holmes' unawareness that the Earth revolves around the Sun) is filled with such delightful nods and words of wisdom.  We have "You see but you do not observe.  The distinction is clear" (A Scandal in Bohemia), and one of the best, "It is stupidity rather than courage to refuse to recognize danger when it is close upon you" (The Final Problem).

I take this to show that the Elementary crew do love and respect Canon (even as they freely raid and alter it).  We get this even when Holmes confronts a clearly upset Darren.  "I never make exceptions.  An exceptions disproves the rule" (Sign of Four). I'd like to use that line whenever someone asks for an 'exception' regarding library rules.

Miller runs a great gamut through the episode: from oddly vulnerable in the beginning to efficient in his work to threatening with Darren down to almost regretful by the end.  Seeing Holmes' struggles with the way he is with people and himself is a fascinating journey.  Liu as I stated has wonderful moments of being Sherlockesque (such as how she deduced that perhaps the mysterious '6' related not to a drug name, but a football jersey), and Lovibond does well also as Kitty (though we never do see her really do much investigating despite being Holmes' protégé).

I enjoyed the acknowledgement of diversity in the NYPD (Arab-American police officers....who'd have thought?!) and how the story actually works.  Of particular note is how at last we don't have to worry about finding out who did it because everyone working the case knows who did it.  It's just a question of finding Buros.

I found very little if anything really to fault End of Watch.  I'm so glad that after three seasons, Elementary seems to have found its stride and come up with excellent episodes.  I hope the trend continues.

Next Episode: The Eternity Injection
Posted by Rick at 8:47 AM