The 19th Academy Awards were coming to grips with the war the world had suffered through.  The realistic The Best Years of Our Lives went up against the fantasy of It's A Wonderful Life.   The Academy opted to revert to form and award honors to the 'serious' film, failing to see that people respond emotionally to movies.  I think highly of William Wyler's war drama, but in the great scheme of things, I think it's clear which one is better.  Certainly one is better remembered than the other and shown every year, while the other is respectable, but kind of dusty.

All Through the Day from Centennial Summer
I Can't Begin to Tell You from The Dolly Sisters
Ole Buttermilk Sky from Canyon Passage
On the Atchison, Topeka, and the Santa Fe from The Harvey Girls
You Keep Coming Back Like a Song from Blue Skies

From The Harvey Girls, On the Atchison, Topeka, and the Santa Fe.  Music by Harry Warren, lyrics by Johnny Mercer.

THANK GOD that we FINALLY just have five nominees this year.  It means I can actually type them rather than go through endless selections.  It will also cut down on the number of substitutions in this category.   Out of all the nominees, On the Atchison, Topeka, and the Santa Fe is the only one that has broken on through to be well-known.  It is much longer than the clip, and it's a jolly affair.  When you have someone as remarkable as Judy Garland singing it, you have a brilliant number.

Again, I have absolutely no objection to The Best Years of Our Lives.  It's a fine picture, brilliant and courageous even, open and honest about the aftereffects of our veterans coming back from the war: the physical and emotional injuries they now must work and live with.  I can see why Wyler won.  I think Capra's film was seen perhaps as too Capra-esque, which is odd considering how dark It's A Wonderful Life is.   We plunge into the dark side of George Bailey, a man at the grips of emotional collapse, driven to dangerous places.  I don't think people then, perhaps now, appreciate how complex the film is emotionally.

That being said, Olivier's bravura showcase of his beloved Shakespeare merits special attention.  In a sense, it did: the Academy voting Olivier a special Oscar for "his outstanding achievement as actor, producer, and director in bringing Henry V to life".  In what I think is rather odd, Olivier received an acting and producing nomination for Henry V, but no directing one.  Part of me thinks the special Oscar was a way to give him something so they wouldn't have to vote for him anywhere else (saving the more important awards to homemade films about homemade subjects).  Still, here's another case of admiring the actual winner, but finding the other one much more fascinating.

Again, I'm knocking the yellowface right off the bat.  I like Robson as an actress, but I can't say whether Saratoga Trunk is her finest hour.  I get the sense that Baxter's win was more a vote of confidence for an up-and-comer starting out her career.  Again, another sure-fire way to win an Oscar is to play the drunk, and a depressed and vulnerable one at that.  She also had a breakdown scene, so there you go.  Baxter would gain fame for the role where she lost an Oscar rather than for the one she won an Oscar. 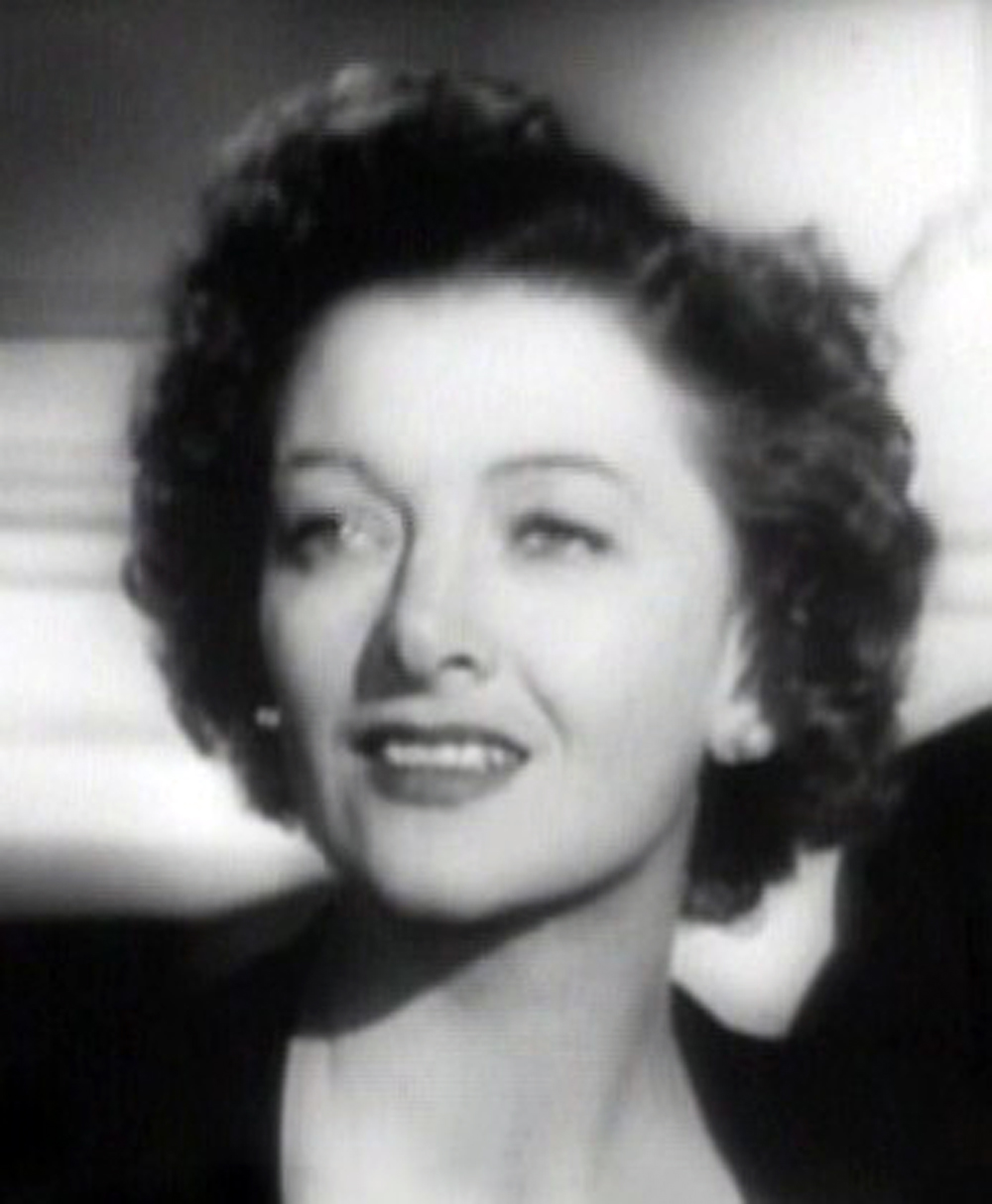 Let's remember something here: Crappie Redmayne wins an Oscar for his mechanical performance, but Myrna Loy never received a nomination, ever.  And I mean ever.  The Academy is full of it.  How to single out a particular Loy performance?  Well, in The Best Years of Our Lives, she plays what must have been old hat for her: the supportive spouse.  Still, I think it takes great skill to make your presence known when you are asked to be in the background to the struggles of the men.  Women too had to endure much sacrifice during the war and afterwards, and Loy's performance as the supportive but worried wife is a bright spot in a film that drags from time to time (particularly in the love story between her daughter and another veteran).  Perhaps because Loy was a major star, she couldn't be relegated to a Supporting category, but it wasn't the lead female role (that would be Teresa Wright, the daughter).  Still, I remember Loy, not Wright.  The scene where she watches in despair as her inebriated husband attempts to give a speech without saying a word...perfect. For me, the competition is between the experienced actor Rains and the novice Russell, who had no acting training whatsoever.  Can it be argued that Russell was essentially playing himself?  Perhaps.  However, I don't see Harold Russell, but Homer Parrish, up on the screen.  His anger, his hurt, his optimism, it's all there. 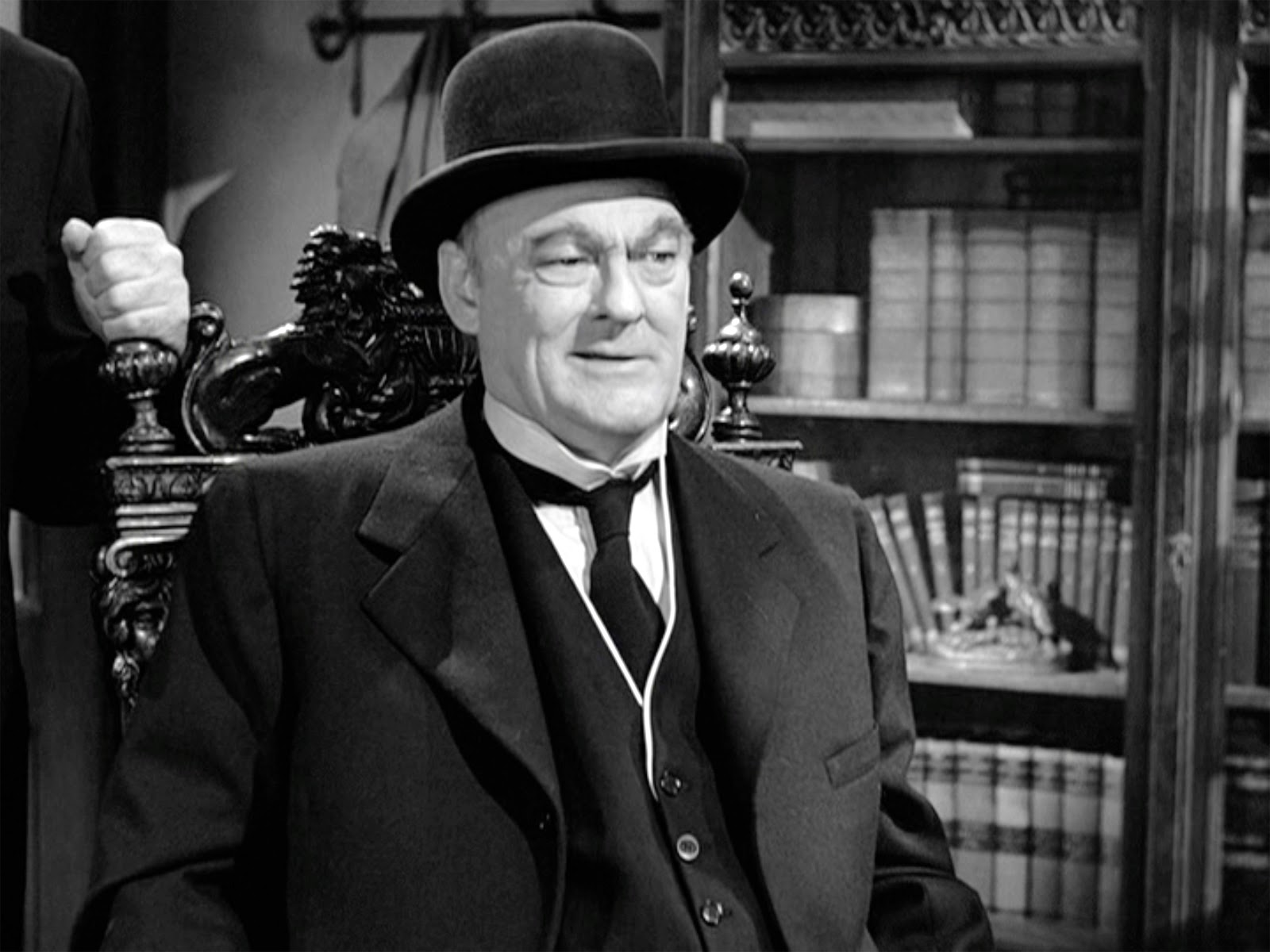 It was a fierce battle here with some wonderful performances overlooked (The Jolson Story?  Really?).  We have Jarman, who was relegated to a Juvenile Oscar.  We also have what are two iconic performances from It's a Wonderful Life: Mitchell as the kindly but absent-minded Uncle Billy, and Barrymore as that 'warped, frustrated old man', the dark side of cold-hearted capitalism.  Capra was a conservative and certainly not against capitalism, but Mr. Potter was one where the human cost was irrelevant, seeing people only in terms of profit and loss.  How his financial decisions affected others was not important.  Compare the runs on the banks: Potter made a killing, but Bailey kept solvency while still caring about people.  I think to Capra, people were more important than money.  That's what makes Mr. Potter a fantastic villain: he is shrewd and manipulative and in a sense, right.  He also is dangerous and unfeeling towards his fellow man. 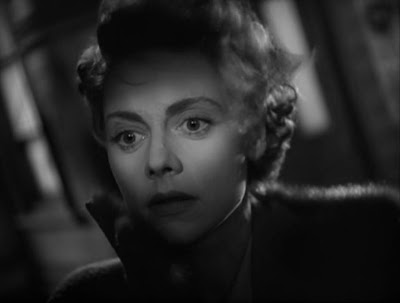 Jones' nomination for Lust in the Dust (as the critics wryly called David O. Selznick's Western pseudo-epic) came from his insane desire to get his then-mistress another Oscar.  Duel in the Sun was a film I couldn't finish, because the opening music was so long: we had an overture and prelude.  Making things even worse regarding the score, Selznick at one point asked Dimitri Tiomkin, the film's composer, to create what Selznick called "an orgasm theme".  Tiomkin, a respected composer from the old Russian school, was puzzled by this request.  He could do a 'love theme', a 'war theme'. "How do you score an orgasm?", he retorted.  Tiomkin, ever the courtly professional, attempted to please Selznick, but the tyrannical producer was not satisfied with the end result, complaining the music sounded nothing like an orgasm.

And that's not even touching on the idea that Jennifer Jones was playing a half-Mexican (!) and rather unsuccessfully at that.

I don't blame the Academy for giving de Havilland an Oscar, for she is a great actress.  However, my choice is for Johnson's tragic wife caught up in a romance outside marriage.

For my part, I think the best performance of that year was Bergman's conflicted double agent, who loved one man while being forced to marry another.  The scene at the racetrack where the man she truly loves essentially calls her a whore is brilliant.

I can't figure this one out.  March's performance was respectable but nothing amazing.  Maybe because he was playing a virtual alcoholic was what won it for him.  The Academy has a soft spot for drunks, and while March was never truly a total drunk we could see his upper middle-class worldview collide with his war experience (and drowned in some booze).

We also see the now-forgotten Parks, whose true-life story is more tragic than anything in The Jolson Story.  This was his big break, making Parks a major star (and leading to a sequel, Jolson Sings Again).  Then came the Red Scare, and Parks, who had been a member of the Communist Party earlier in his life, was dragged into testifying and naming names in tears.  Damned on both sides (for being an ex-Commie and for being a stool pigeon), Parks' career never fully recovered.

When one sees Stewart's performance, we see that it is the transition between his two personas.  We still get the slightly bumbling, aw-shucks type, but we also see the darker, more tormented man that we would see to great effect in such films as Vertigo and The Man From Laramie.  We saw the anger, as Martin Scorsese observed, of a man essentially trapped in a town he wants to leave.

It's an iconic performance, one that is remembered, while poor Fredric March... 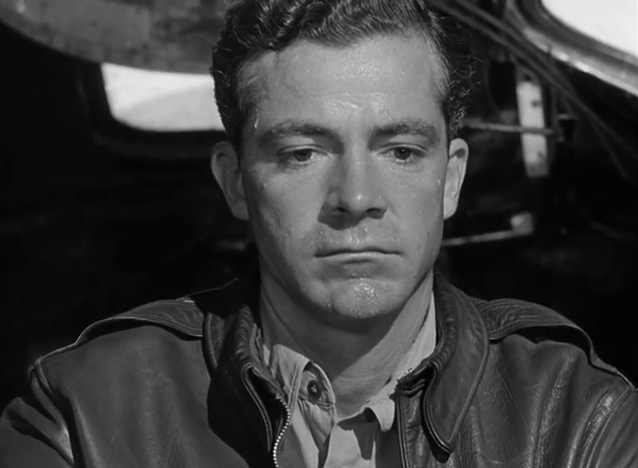 Stewart is brilliant as George Bailey, and we have a wide group of really top-notch acting that was ignored by the Academy, like the perennial also-ran Cary Grant in one of his best performances.  However, while March's middle-class lush gets the big prize, I find the working-class vet struggling to find his place in a world that apparently doesn't need him to be the more compelling performance.  It's a pity Dana Andrews isn't as well-remembered as I think he should be.  He gives I think a much better performance than the more stoic March, for Andrews' Fred Derry journey to life and love is above all else, authentic. 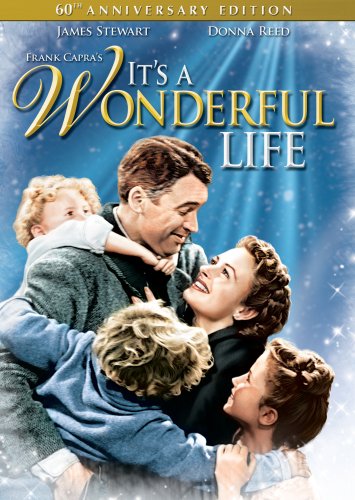 However, which one would you rather see?  Which one has truly stood the test of time?  Yes, so long as we have war we'll always have a need for films like The Best Years of Our Lives, but we still yearn for the goodness in all men, to know that every life matters, and that no man is a failure who has friends.  It's A Wonderful Life may be nostalgic about an America that perhaps never truly existed, but it is the one we have always wanted.  It's A Wonderful Life is one of the greatest film ever made, and leaves The Best Years of Our Lives in the dust...in the Lust in The Dust.

The fact that Duel in the Sun wasn't nominated despite Selznick's insane push makes that one of the few shining points in Academy history.  Sometimes, a film is such a turkey not even a major mogul can push it to run the risk of winning the big prize.

Sometimes though, as we'll see in the future, that isn't always the case for nominees...and winners.

Sorry, Razor's Edge.  You may be a fine film, but compared to Notorious or Brief Encounter, you're left in the dust...in the Lust in the Dust.  We still have one film that has outlasted even those truly brilliant films.

It's A Wonderful Life stands up high and mighty among some films that won Best Picture and are thoroughly forgotten (Cavalcade, anyone?).  Even up against The Best Years of Our Lives, we see that Capra's ode to America is stronger, better, and more true than Wyler's study of war wounds visible and invisible.  Both great films, but for me, it truly is A Wonderful Life.

*Harold Russell received two Oscars that night.  He was given an Honorary Oscar for "bringing hope and courage to his fellow veterans" through his performance in The Best Years of Our Lives.  To the surprise of everyone, he won Best Supporting Actor for the same performance, thus becoming the only person to win two Oscars for the same role.  He is also one of the few non-professional actors to win a competitive Academy Award.
Posted by Rick at 12:08 AM