Perhaps the most curious aspect of Life is that despite receiving third billing, Ryan Reynolds is killed off pretty quickly to where he might just as well been a guest star.  I figure they either must have paid him a great deal of money or his part was shrunk considerably either in the editing room or the script.  If IMDB is to be believed, it was scheduling conflicts that forced him to shift from main character to mere supporting.

Perhaps there was a blessing in disguise here, because he could escape from the boredom, the nihilism, the almost unbearable badness of Life, a movie that thinks is much smarter than it actually is.

Out in space, a ship is heading towards the International Space Station before coming to Earth, bringing along a special discovery from Mars: a protozoan-type being that confirms life on the Red Planet.  The international crew is excited about it, as is humanity below.  There had been a contest, and a little girl has given the creature the name of 'Calvin', named after her elementary school, Calvin Coolidge (who should be better-remembered as one of our better Presidents, but I digress).

Sho just had a little girl back on Earth, so we know he's not long for life. 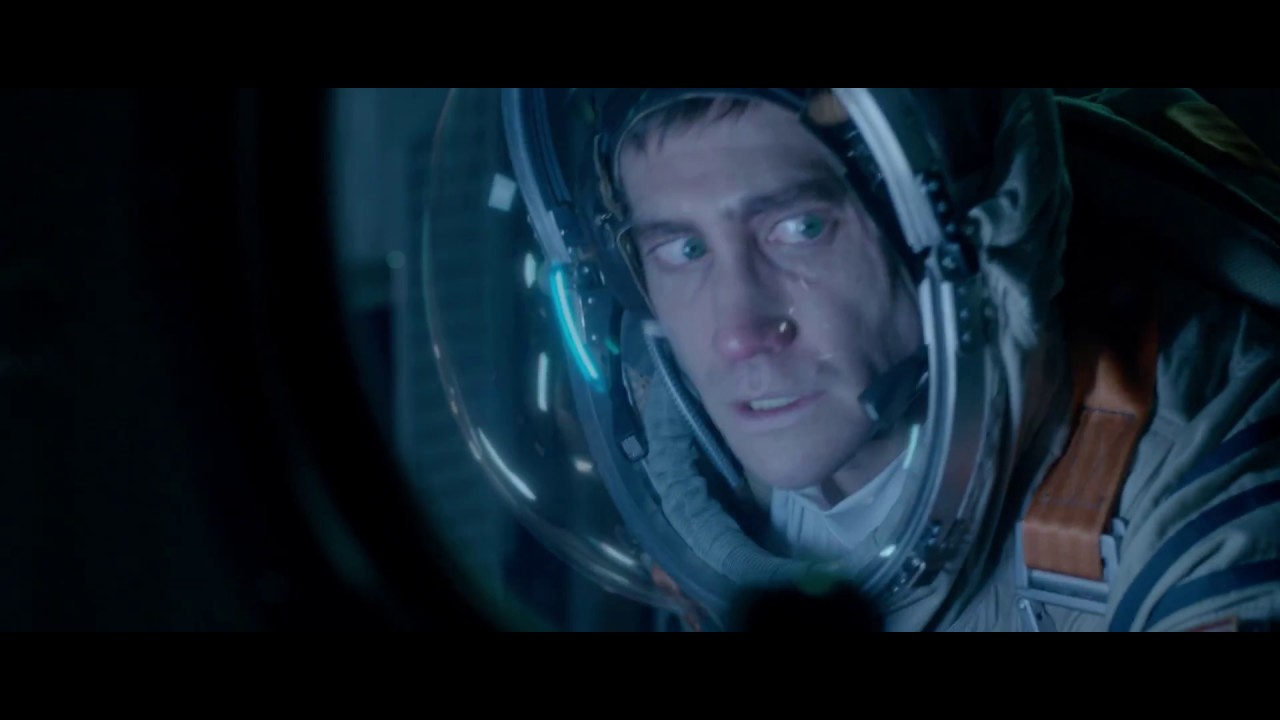 Calvin appears almost sweet, until some accident appears to leave him lifeless.  Before you can say 'Alien remake in all but name', Calvin is shocked not just into life, but into being a murderous, monstrous creature.  He ruins Derry's hand, then the arguments break out between the crew over how to handle the growing crises (Sho for his part, if memory serves correct, stays generally out of things, with him just trying to keep things going).

Calvin soon makes quick meal out of Rory, then proceeds to essentially hunt down the rest of the crew.  Now, it isn't as if the crew doesn't try to stop Calvin.  It's just that they are horribly inept at it.  Ekaterina sacrifices herself to lure Calvin outside the ISS (which, I think, would have made a fine ending), but somehow that growing creature gets back inside.  Sho, Miranda, and David soon find themselves fighting a being that is much smarter than they are, for nothing they can think of can outsmart that growing blob.

Eventually, a capsule arrives, and Sho, who has become separated from David and Miranda, thinks its a rescue ship.  He leaves the safety of his pod to race to it, but Calvin beats him to it, devouring him and those who came not to save them, but to ensure they die.  Miranda informs David that in reality, the capsule was there to push them into deep space and prevent the creature from entering Earth, the secret Third Firewall.

David then hits on the idea of using the two escape pods: one that he will use to lure Calvin onto and go into deep space, the other Miranda can use to escape to Earth.  As things go, however, disaster strikes yet again.  Something causes David's pod to land on Earth and Miranda's to go off into deep space, dooming both and humanity itself, to a cold, cruel death.

Perhaps it was Rhett Reese and Paul Wernick's script that sunk Life from being as good as they thought it was.  Of particular note was the bleak and dour ending, one that gives us no sense of hope but of endless despair and misery.  It's a bit reminiscent, curiously enough, of a film where Ryan Reynolds was the sole star: Buried, which I had liked until we got another hopeless ending.

Unlike Buried, however, I didn't struggle to stay awake through this slow, dull, slugfest, where one questions why with the exception of Ekaterina and Sho, anyone would think to send this collection of morons into space, let alone give them such important tasks.

Reese and Wernick should know by now that if you have a character see his baby being born, we can count on him not making it to the final reel.  I figure this was done to try and wring some emotion, some pathos out of his fate, but director Daniel Espinosa couldn't do it.  Espinosa appeared to be more interested I think in Life's look than in Life itself.

Life does look beautiful at times, though the constant blues and black at times made it almost hard to see what was happening.  The graphics of the ship and the vastness of space also had an almost hypnotic look to them.

However, the pacing was so slow, so lumbering, one will find it hard to stay awake for so much of it.  The pacing I figure was an effort to make all this look serious and foreboding, to give it atmosphere so to speak.  It failed spectacularly.  There was no tension in Life, no sense that there was any real danger or menace.  It was certainly trying so hard to be tense and nerve-wracking, but Life itself and the characters seemed so remote and distant from us.  There was no valid reason to care about any of them. There was also genuine puzzlement as to why creature was apparently smarter than all of them.  Calvin manages to track them down, learn all about the space station and outwit them at every turn while they keep arguing about whether to break procedure.  Early on, Rory opts to go in to safe Derry which requires him to open the doors, then appears shocked when David has to close the doors on him to contain Calvin.

I figure because they had never planned for a contingency that would require them to secure an alien that didn't involve literally getting them all killed. So be it.

Reynolds is relying a bit much on his Berg/Deadpool persona, and Gyllenhaal worked to make David sensitive but was more pathetic than endearing.  Ferguson was actually pretty strong as the more stoic Miranda, though she too wasn't immune from being at times dim.  Her delivery about the 'shocking' Firewall Three was rather disinterested despite the fact she was admitting that they had no chance to live.

Life tries for serious, somber, suspenseful.  It ends up with dull, depressing, and dour.  It's an empty Life, a meaningless Life, a Life not worth revisiting.