I do not have enough memories of the Mighty Morphin Power Rangers to have wanted a film version of a self-consciously campy television show.  I also don't have enough hatred against attempting to make a franchise of something that for many elicits nostalgia.  Power Rangers is a bad film, undone by a host of bad decisions that, if they had been addressed in preproduction, would have brought about, if not the franchise they eagerly wanted, at least a good time.

After a prank goes wrong and leads to a major car accident, popular jock Jason Scott (Dacre Montgomery) gets kicked off the squad and sent to the Millennial Version of The Breakfast Club.  There, he meets two people: Billy (RJ Cyler) who is on the Autism spectrum, and Kimberly (Naomi Scott) a former cheerleader with a secret.

Exactly how the quarterback and the cheerleader don't know each other we don't know.

In exchange for helping Jason manipulate the ankle monitor he's forced to wear, Billy gets him to go to a mine that Billy and his late father would go to for bonding time.  At the mine, they meet two others: Zack Taylor (Ludi Lin) and Trini (Becky G).  There, they find these coins of various colors that intrigue them.  Avoiding security, they get into another major car crash...but manage to get home not only without anyone knowing but with greater physical strength (leading to among other things, Montgomery's obligatory shirtless shot to show off his physique).

Continuing to explore the mines, they find a spaceship that leads them to robot Alpha 5 (voiced by Bill Hader) and Zoldar (Bryan Cranston, cashing in a nice paycheck).  Zoldar tells them more of what we saw in the pre-credits: he fought the villainous Rita Repulsa (Elizabeth Banks), and that to find a particular crystal, she will create a monster called Goldar and destroy the world.  Only they, chosen a bit like the ring from the Green Lantern Corps, can stop her, for they now must become Power Rangers.

The Power Rangers can't morph (create their body armor), so they train, and train badly.  Rita has arisen and is vamping it up, swallowing gold left right and center.  Eventually, after she captures the inept Rangers and kills Billy, they rush to get Zoldar's help.  He does, by rejecting his only chance to emerge from the wall Alpha 5 has kept him in to keep his essence alive and giving that power of resurrection to Billy.  Now they can stop Rita from destroying Angel Grove, their hometown, in an epic battle.

In a post-credit scene, they are back in The Breakfast Club, and the detention teacher is calling out for Tommy Oliver, who cannot be found but who has left his/her green jacket. It's not a surprise that Power Rangers opted to leave the door open for a sequel given that films nowadays seem determined to try and mine as much money from them as possible.  It might even be a nice nod to the original series of programs that there were.  However, it takes more than a lot of action sequences and clichés upon clichés to make a good film, let alone a franchise, and Power Rangers is yet another lazy effort.

You had Hader, someone I am strongly leaning to naming a comedic genius, being underused as the silly Alpha 5, but Cranston, deeply embarrassing himself, being so serious as Zoldar.  Worse was Banks, who is not threatening enough to be the more serious and dangerous Rita Repulsa that Power Rangers was aiming for.

Making things worse for Banks, apart from her efforts to be so dangerous by vamping all over and having such an overdone, camp manner to her (can you really take a villain seriously if she is seen swallowing gold at a jewelry store) is that she has no definition.  Banks played Rita Repulsa as in turns demonically evil and downright camp, and while this is indicative of the lack of tone in Power Rangers, it might have been better if Banks and director Dean Israelite had kept to one tone, even if it ran against another tone.

You can't name a villain 'Rita Repulsa' and expect her to be menacing.

The younger actors, whom I figure are too young to remember any version of the Power Rangers television series, suffered also from the shifts in tone.  I doubt any actor with strong talent, say an Abigail Breslin or the late and much-missed Anton Yelchin could have made good use of the script.

As a digression, while John Gatins is the sole credited screenwriter, there are four 'story by' credited people, none of whom are Gatins, meaning he had no real input into the screenplay he wrote.  Making things worse is the suspicion that for something that could either have been frothy fun or a more serious take on our superheroes, more hands were probably involved to make it a hopeless mishmash.

In any case, our group of newcomers, regardless of whatever their actual talents or lack thereof had, could do nothing with the parts.  A lot of Power Rangers could have been cut or altered (I never understood for example, why Jason had to be involved in two car crashes or why Billy's mom apparently didn't mind that her van was destroyed in the second one, or why Trini's mom was so hysterical as to ask her to take a urine test to see if she was sober, or why despite speaking Mandarin and having an ill mother Zack's last name is Taylor).

Montgomery was appropriately good-looking as our fearless leader, but there was nothing particularly emotive in his performance.  Same goes for any of our actors, who were asked to be stock types: the jock, the emo girl, the jokester, the regretful cheerleader, the autistic.  I'm told we are meant to celebrate the inclusion of someone with autism as Billy (though my memory of Power Rangers just has him as a general nerd who wasn't fond of fighting unless he was in his Power Ranger outfit) and a potentially lesbian Trini (which is barely hinted at, though to be fair, it was nice that they opted not to make the Asian the 'Yellow' Ranger or the African-American the 'Black' Ranger, even if I think that was done more out of ignorance than flat-out bigotry while still keeping a female as a 'Pink' Ranger). 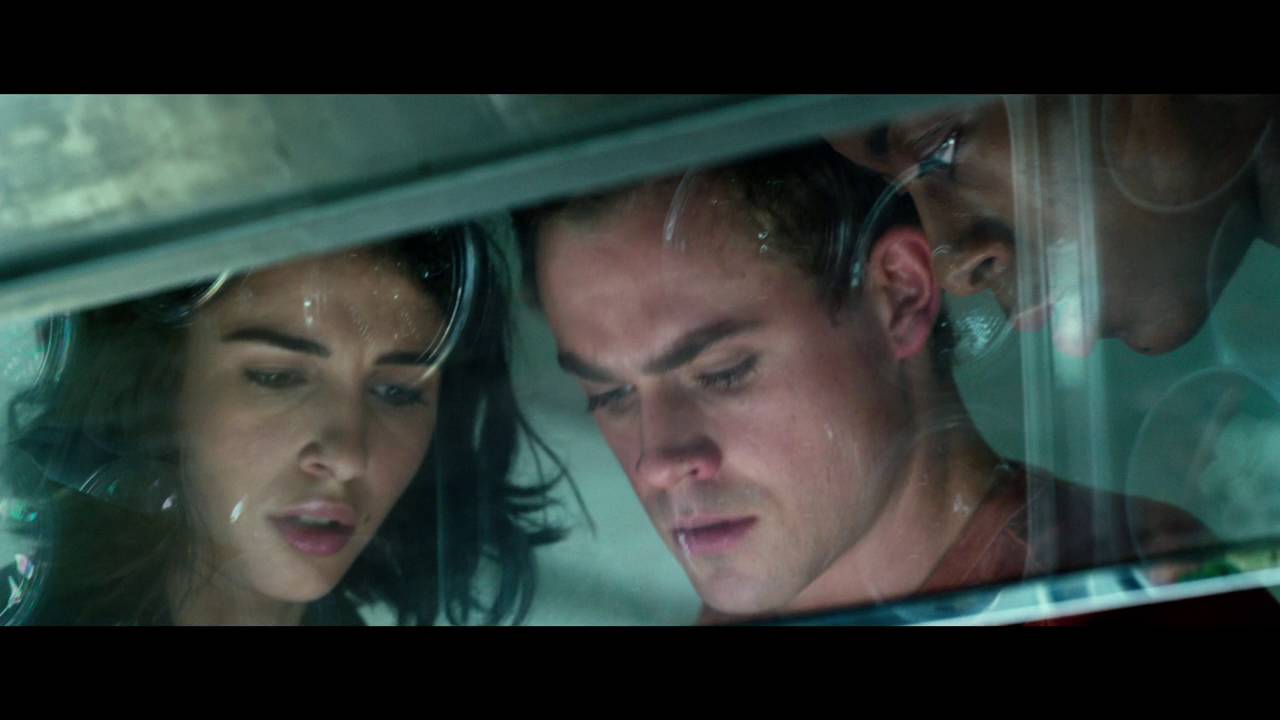 The crystal was at the Krispy Kreme shop.  Rita Repulsa, who I figured had never had a donut, stops her wanton destruction of Angel Grove to sample the wares in a shot that looked straight out of a commercial.  At that point, I did throw my hands up in anger.

Power Rangers moves both too slow to justify its two-hour-plus running time and too fast in establishing relationships that don't appear genuine.  When Billy tells the others at the end, "Thank you for being my friends", I wondered if he was going to serenade us with The Golden Girls' theme song.

Bad performances all around, a shameless plug for a sequel that barring wild and wide success in other markets won't come around, irrational shifts in tone between silly and serious all kill off Power Rangers.  By trying to be both fun and action-based, it ended up being neither.  Power Rangers could have been a fun throwback to a less serious franchise or an updating to be more adventurous.

The final result is hollow and empty, and unlike Krispy Kreme, with a bitter taste afterwards. 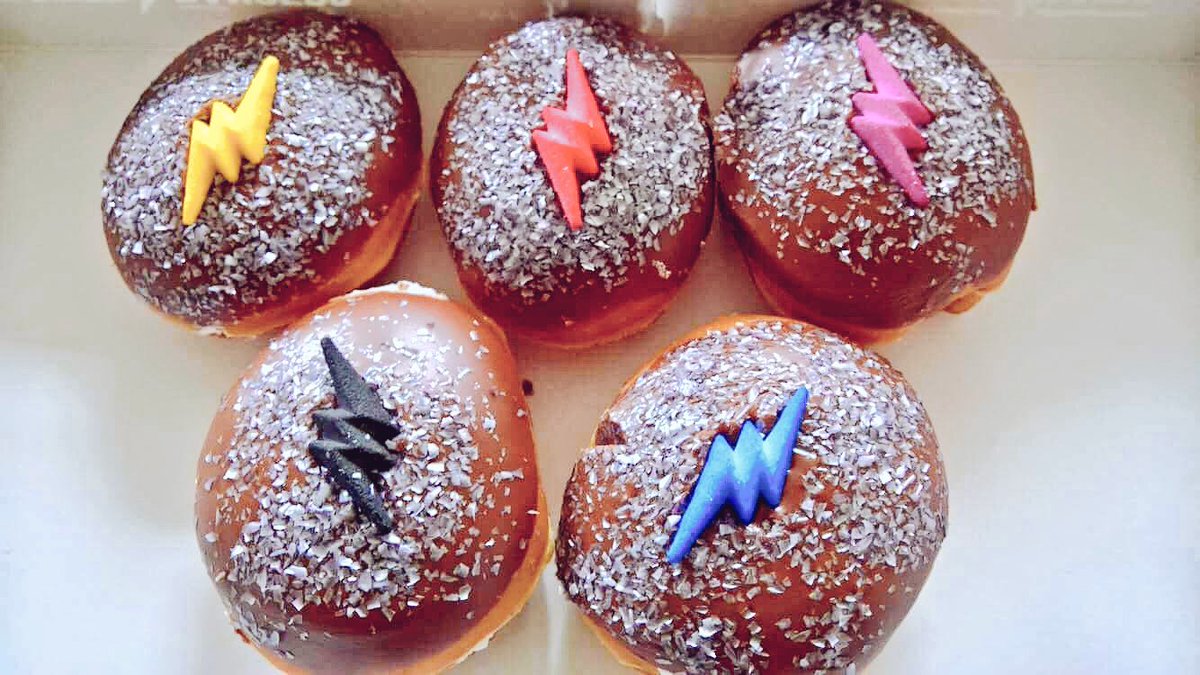