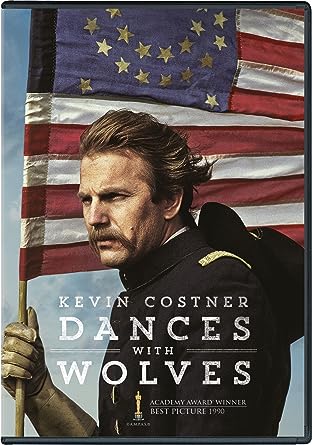 The Western as a genre was pretty much passe outside a Clint Eastwood film when Dances With Wolves came to the screen. A popular and commercial hit, Dances With Wolves is a revisionist Western that has not aged well, particularly when it comes to the second half of the film. What the film ends up being is one that starts out well but like the frontier it eulogizes, seems to go on endlessly.

Civil War Lieutenant John Dunbar (director Kevin Costner) survives a battle and accidentally leads the Union troops to a victory. As reward, he is allowed to select his newest outpost. He asks to go to the furthest fort so as to see the frontier before it disappears.

Sent to Fort Sedgewick, he finds it totally abandoned. Dunbar opts to stay there alone with only his steed, Cisco, and a curious wolf he names "Two-Socks" as company. It isn't long before his 'neighbors' come by. His neighbors are members of the Sioux nation. One of them, Wind in His Hair (Rodney A. Grant) is suspicious of him, but the holy man Kicking Bird (Graham Greene) is more curious. 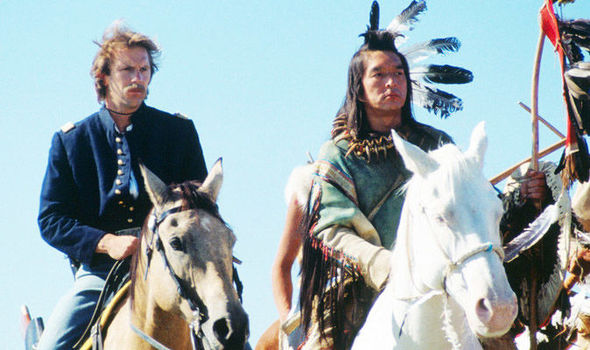 After an attempted horse theft where Cisco shows he is loyal to Dunbar, the Lieutenant decides to go to the Sioux, where he stumbles upon a white woman in Native garb: Stands With A Fist (Mary McDonnell). We learn that her birth name was Christine and was eventually taken in by Kicking Bird after her family was killed by another nation.

Dunbar's great wish to see buffalo (tatanka in Lakota) is fulfilled, and Dunbar, having grown close to the Sioux nation, essentially joins them. Stands With A Fist serves as translator, though her English is halting. Dunbar even finds the Sioux have given him a new name from "Loo Ten Tant".

He is now 'Dances With Wolves' after they observe him playing with Two-Socks.

Dances With Wolves and Stands With A Fist fall in love, marry and live idyllic lives with the Sioux until Dunbar remembers he left his journal back at the fort. In Native garb, he rushes to Fort Sedgewick, where he finds the Army has finally come. Seen as either a Native himself or a traitor, he is taken prisoner, rescued by the Sioux, and he decides to leave the Sioux to ensure their safety. He and Stands With A Fist leave, and Wind in His Hair, who had begun by ordering him to leave, now goes to the mountaintop and shouts that he shall always be friends with Dances With Wolves. 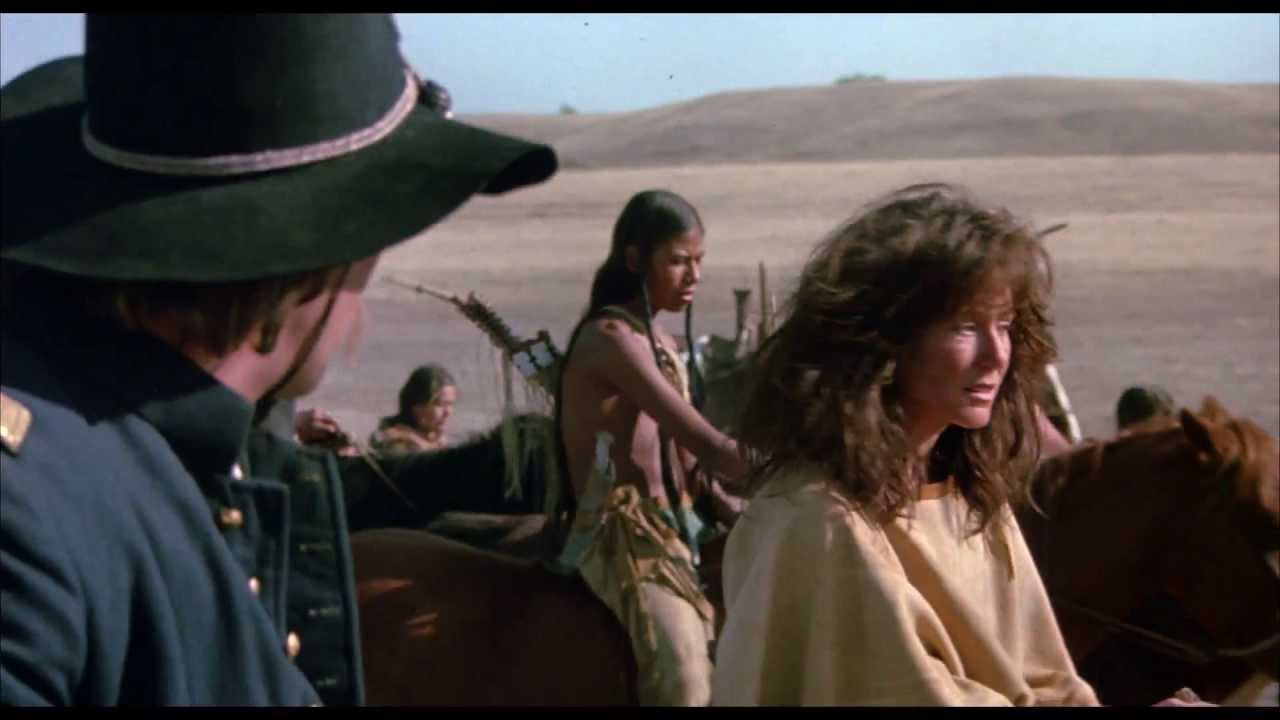 Dances With Wolves clocks in at three hours, with the climatic buffalo hunt coming in at the halfway point. It's curious that once we finish the still impressive hunt the film pretty much peters out. That is because it feels as if we have two films mashed into one: Dance With Wolves and Dances With Wolves Part II: The Romance.

We get endless scenes of their romance, down to their "love under a tepee scene" that seem more out of a Harlequin romance novel than a Western, then a battle with the Pawnee nation that seems to be there to give people something to do. Costner and screenwriter Michael Blake (adapting his own novel) overindulged in moments that could have been trimmed or cut without affecting the story.

The first half hour of setting up Dunbar's journey: the battle at St. David's Field, the meeting with the bonkers and ultimately suicidal commanding officer, down to the boorish guide Timmons (Robert Pastorelli) could have been done in much less time. There was no reason why Dunbar could not have just shown up, taken up his new post (skipping the irrational commanding officer) and gotten to Fort Sedgewick all within ten minutes. It takes close to an hour before Dunbar and the Sioux interact.

That is not counting the slow voiceover from Dunbar, which for the most part does not work.

There are interrelated aspects of Dances With Wolves that the film either papers over or romanticizes to the point of fetish. On a technical level, John Dunbar is a traitor: he essentially abandoned his post and 'joined the enemy'. Early on he opted to remain at the fort rather than leave it to find the nearest settlement and inform his superiors of conditions. Later on, once he saw how beautiful the Sioux were (particularly Stands With A Fist), he pretty much forgot about his military position to start wearing Native garb, speak Lakota and live with them.

Here is where we get the romanticism. Dances With Wolves does well in showing another side to Native Americans than the stereotypical image of the 'bloodthirsty savage'. However, in its efforts at revisionism the film goes to the other extreme and swaps one stereotype for another: that of the pure 'Noble Savage', a people who live in peace and harmony with nature and all other humanity. We see in particular when Dunbar/Dances With Wolves and Kicking Bird, conversing in Lakota, are bathed in golden light.

That is perhaps the most extreme example of the almost spiritual nature of the Sioux is shown, but the film has no issue painting whole communities with little to no complexity: the Native community is holy, pure, loving, in harmony and serenity; the white community is universally uncouth, crazed, greedy, selfish, murderous, barbarous and cruel (to use a terminology from another film). Swapping stereotypes is not progress.

When he directs the Sioux councils, their delivery is very theatrical, as if they were playing into stereotypes of Native speakers giving lofty words of wisdom rather than engaging in standard conversations.

Dances With Wolves also is a bit heavy-handed with its symbolism: from the almost Christ-like appearance of Dunbar riding his steed in the battlefield to when Cisco and Two-Socks are killed. Costner was rather self-indulgent in these moments.

The film does have some great qualities. There's John Barry's score, elegant and melancholy, it manages to capture the sweep of the frontier and the passion the film itself cannot quite fully make. Barry remains the most unheralded film composer in my opinion.

There is also the beautiful cinematography that also captures that expanse of the fading frontier.

Out of the performances, the best are McDonnell and Greene. McDonnell's Stands With A Fist is excellent, from her halting speech when attempting to find the right English to Lakota words and back to her own traumas, she excels. As the noble but at times perplexed Kicking Bird, Greene lends the holy man an air of grace and dignity, even a bit of comedy when his character discovers Stands With A Fist and Dances With Wolves are in love.

Costner is curiously the weaker of the performances. I just did not care for him or his voiceovers.

Length and the romanticizing of a whole people are two of Dances With Wolves greatest flaws. I think that if the film had been shorter and allowed for greater complexity within the characters it would have achieved the epic nature it aspired to. Dances With Wolves is not a bad film but it would help to have an intermission after the buffalo hunt, with the option to continue or not on this journey.