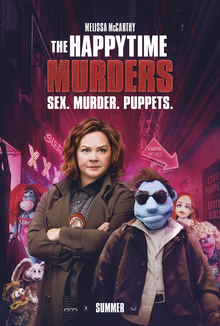 I have long-held that Melissa McCarthy, despite her talent, is always hampered whenever her husband Ben Falcone is too deeply involved (Life of the Party, The Boss). This is not a hard-and-fast rule: he didn't have a role in Ghostbusters and a mere cameo in The Happytime Murders.

McCarthy is a talent, but it seems so odd that the same year she earns a Best Actress Oscar nomination for Can You Ever Forgive Me?, she is headlining The Happytime Murders, a comedy with no humor, no wit, and no sense.

In a world where humans and puppets coexist, the latter are not second-class citizens. They are no-class citizens in every meaning of the term. The puppets in this universe are almost universally uncouth, sex-crazed, poor, vulgar, uneducated, criminal and drug-addicted (albeit to them, sugar is the drug).

One of them is gumshoe Phil Philips (Bill Baretta), the first puppet on the Los Angeles Police until an accidental shooting forced him out. It wasn't the fact, as The Happytime Murders reveals later on, that he accidentally shot and killed a puppet civilian. It was the accusation from his former partner, Connie Edwards (McCarthy) that Philips was prejudiced against humans for refusing to shoot a puppet when said puppet was holding her hostage. Now working as a private detective, he gets a case from the mysterious and sex-crazed puppet Sandra White (Dorien Davis), who says she's being blackmailed for her proclivities.

Our salacious bunny is the first victim in a string of murders surrounding The Happytime Gang cast, including Phil's own brother Larry (Victor Yerrid). Now working together, Philips and Edwards put aside their past to track down the killers. 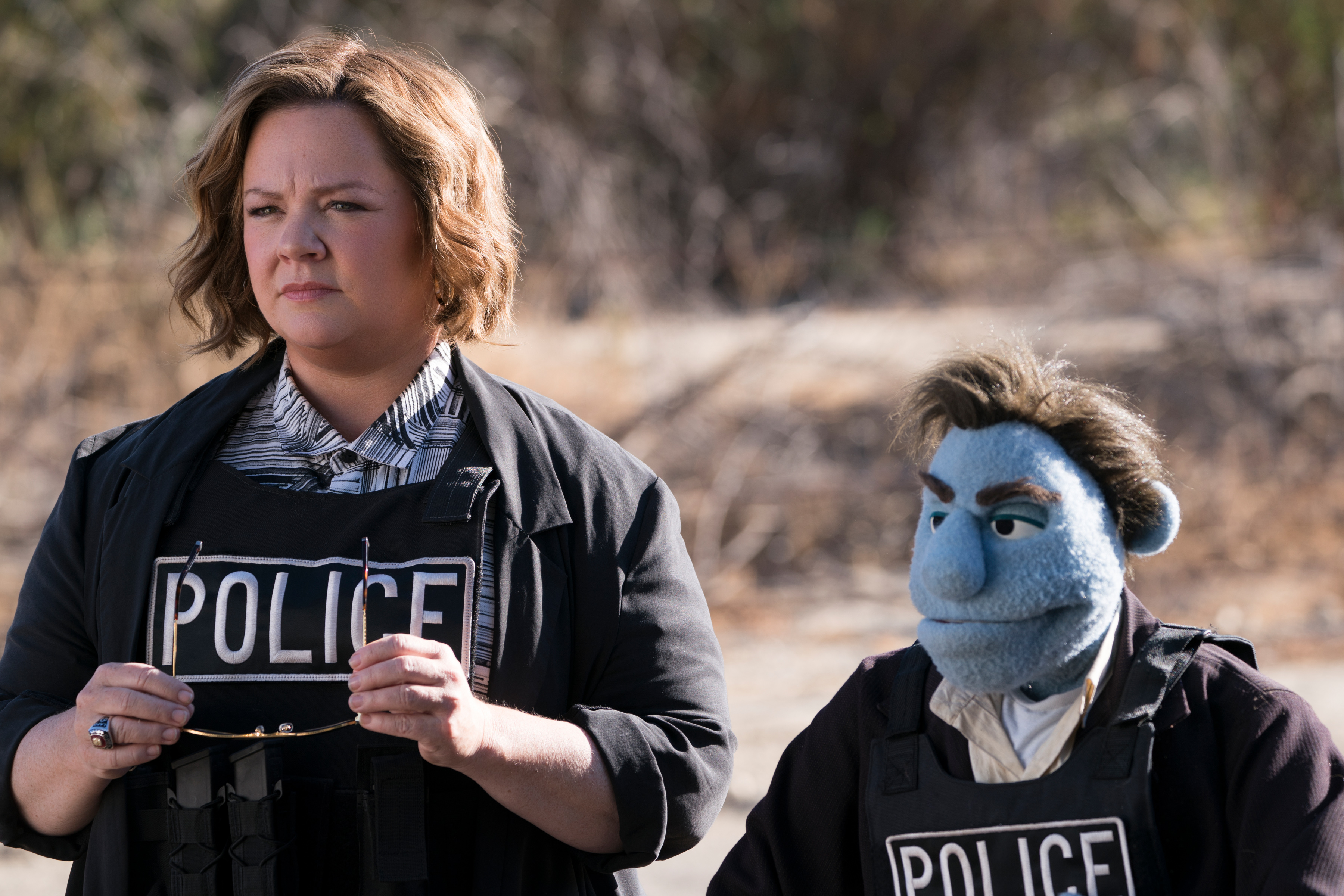 They failed, and failed spectacularly for a variety of reasons. The biggest hurdle The Happytime Murders has is that it isn't funny. It's hopelessly cliched in its faux-noir style with Phil's 'cynical' voiceovers and many film noir tropes: the femme fatale, the lovelorn secretary Bubbles (Maya Rudolph), which don't give us anything above a very bad Maltese Falcon/Murder, My Sweet parody. There is an odd running gag about the puppets constantly confusing Edwards for a man, which has no basis in anything.

I have been criticized for getting hung up on details. One person got on my case for not declaring Get Out a stone-cold masterpiece because I dared ask why there were candles in the operating room. Here, I'm puzzled by a detail involving the investigation.

We have FBI Agent Campbell (Joel McHale) leading the case, already a bit odd to me given that as far as I know, no federal laws were involved in the spade of murders. My confusion comes from when Campbell suspends Edwards and orders her to hand over her badge.

Can the FBI suspend an LAPD officer and take them not just off the case but off the whole force? Do they have that authority? If they do then fine, but I kept wondering about that.

Perhaps the biggest flaw out of the myriad of flaws in The Happytime Murders is how shockingly unoriginal and again unfunny it all is. Every 'twist' and 'turn' is so obvious it's downright sad. The killers are obvious, the twists nonsensical at times, the plot at times contradictory (puppets can simultaneously feel and not feel pain, let alone be flung about but not have their internal organs damaged, with felt puppets having internal organs already rather bonkers) and coupled with the sadism the puppets put through it makes everything just rotten.

It isn't as though there was not something The Happytime Murders could not have built on. Rudolph is the standout, somehow managing to hold onto her dignity amid the chaos while actually being funny as Bubbles, our Girl Friday. The scenes between her and McCarthy were the highlight to where you would like to see them in a buddy cop comedy together. McCarthy had her moments too and I think did her best to wring what humor she could, but I do wonder if she thinks literally biting a puppet's penis is a career high-point.

Elizabeth Banks as Jenny, the lone Happytime Gang human castmember and Phil's ex (better not to ask), endures so much. Maybe the idea that puppet bunnies would get aroused by having a human stripper peel carrots struck the makers as funny. Even if such a thing were on the same comedic level of I Love Lucy's Vitameatavegamin ad, Banks just looks sad, desperately trying to make it hilarious.