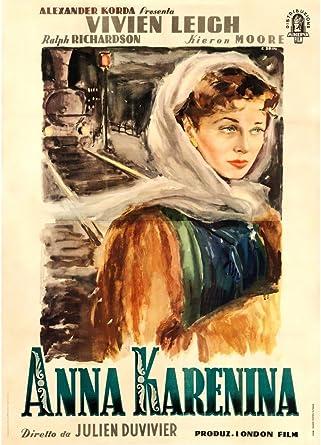 You can't keep a good Russian adulteress down.

The 1948 version of Count Leo Tolstoy's Anna Karenina has another exceptional beauty to play our doomed heroine. Vivien Leigh had a remarkably small filmography, but among them is this adaptation that by now had been done twice over by Greta Garbo. This Anna Karenina is perhaps not on the level of either Love or 1935's Anna Karenina, but with some beautiful costumes and a strong performance by Leigh, it makes for good viewing.

Eventually, she gives in to the temptations of the flesh and begins an affair. Karenin eventually learns of it after she makes a spectacle of herself at the races when Vronsky is injured. He insists that Anna give up her lover for the sake of appearances and to keep their son Sergei. She cannot, and more scandal comes when she miscarries. Karenin grudgingly forgives her and Vronsky attempts suicide.

However, Anna is still too enthralled with Vronsky and runs off with him to Italy. It appears they will be happy, but he may be setting his eyes on an advantageous marriage and a desire to return to fighting for Mother Russia. Seeing that she has no son, no husband, and now no lover, Anna walks in front of a train to meet her tragic end.

Vivien Leigh was one of the most skilled actresses of her generation, and it is to her credit that she mostly elevates this slow-paced to sometimes dull version. I say mostly because at times there seemed to be a great deal of posing in Anna Karenina, where the actors feel as if their delivery has to be a bit theatrical. Even Leigh falls into this trap on occasion, though there are times that she is quite moving.

Of particular note is her final scene, where she moves slowly towards her encounter with the train, the mix of melancholy and regret touching your heart.

Ralph Richardson too had a strong performance as Karenin. He is loaded with a stiff character, but he too has glimmers of a genuinely hurt man, incapable of being truly open. When he tells Anna if anyone has asked him if he can bear this situation, his voice cracks just a bit, showing a man forcing himself to keep it together when he yearns to fall apart. 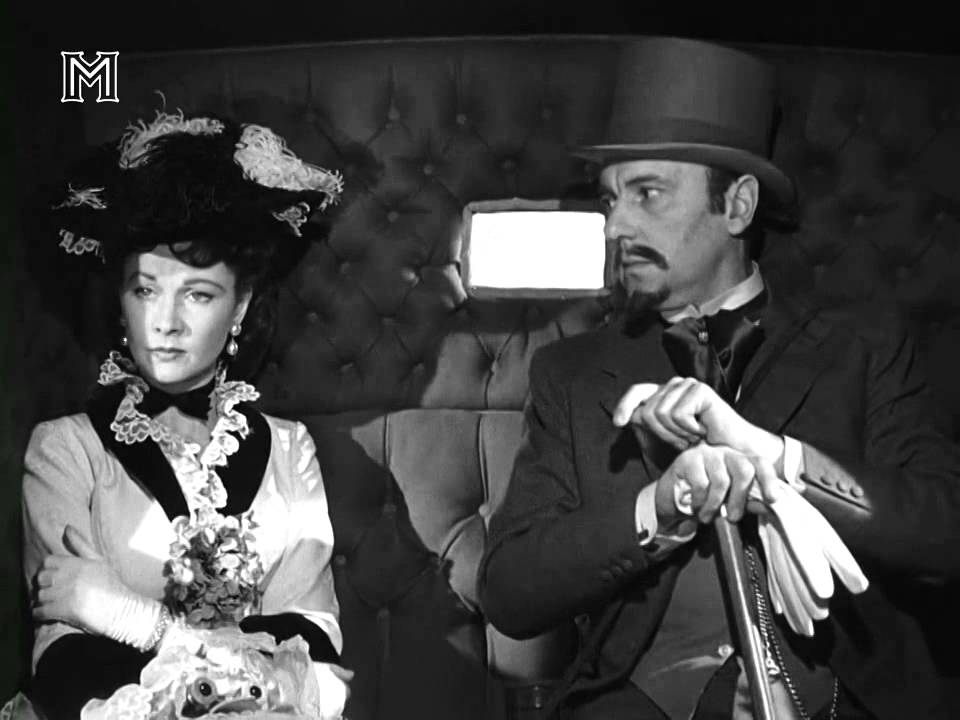 Perhaps I am too harsh with the film, but the fault lies with director Julien Duvivier. For reasons I cannot fathom he does not have Anna and Vronsky kiss until an hour and fifteen minutes into Anna Karenina. They spend a great deal of time talking about love but they never seem to be in love. The film also suffers from an economic standpoint. The race consists of the spectators reacting to something, not the race itself. Even the ball seems to be closer to a fancy house party than a Czarist-era celebration.

This Anna Karenina is a bit weak, done in by Moore's stilted performance and a lack of funds. It feels longer than it should, almost to being a bit of a drag. However, with strong performances by Leigh and Richardson and quite nice costumes by Cecil Beaton and excellent cinematography, it is worth the time spent on.