After the wild success of Flesh and the Devil, MGM re-teamed Greta Garbo and John Gilbert for the film Love, based on Leo Tolstoy's Anna Karenina. The final product may not be faithful to the novel but with excellent performances and a lush, romantic style the end result is actually quite pleasing.

Updating the setting to Imperial Russia just before the fall of the Romanovs, Love follows the affair between the dashing ladies-man Captain Count Vronsky (Gilbert) and the very married Anna Karenina (Garbo). Anna has a son, Serezha (Phillipe de Lacy), whom she adores, and a husband, Senator Karenin (Brandon Hurst), whom she doesn't. It's not hatred but passionless. Despite her misgivings she finds the dashing Vronsky, who is passionate for her, irresistable.

This affair does not seem to bother Vronsky's battalion head, Grand Duke Michael (George Fawcett) too much, but when the affair becomes exposed during a steeplechase it becomes a scandal. Anna and Vronsky run off to Italy to be with each other, but it isn't long until Anna desperately misses her son. Vronsky at first cannot abide the idea that anyone or anything should stand between them, but realizing her motherly needs, he relents and they return to Russia.

Karenin makes clear she can never see Serezha again, and Anna is equally troubled when she learns Vronsky will be formally expelled from the military because of the scandal. At an audience with the Grand Duke, she willingly gives Vronsky up in exchange for allowing him to stay in the military. Here, we have two endings: one for the general American market and one for the primarily international one.

The American ending has her leaving, then reuniting three years later when Serezha is in military school and Karenin is dead. The international ending stays with the original novel's ending of Anna throwing herself in front of a train after leaving Vronsky. 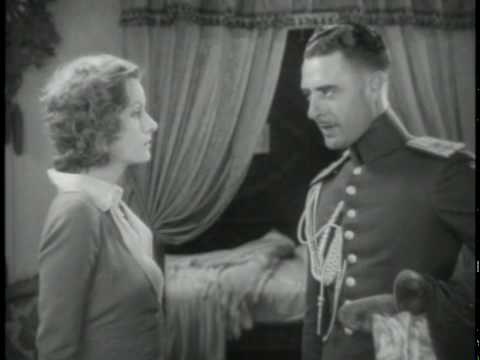 Truth be told, I prefer the American ending, and from the print I saw which was recorded before a live audience, the viewers there preferred it too. Love showed the "happy" ending first, and the audio recorded loud cheers and applause as our lovers reunited. Perhaps purists and "sophisticated" audiences would have held the film stick with the original Tolstoy ending, but I think the "happy" ending worked primarily because of Garbo and Gilbert.

As a side note, given we've already changed Anna Karenina by updating it to a more contemporary setting, we left that "pure" adaptation some time back, so we shouldn't quibble about whether women throw themselves in front of trains or not.

Their performances were so good that we came to care about them and their doomed love affair. It helps that both of them were exceptionally beautiful people. If it hadn't been invented yet, the term "smoldering" would have had to be created for Gilbert. He has this magnetic screen presence, especially when he looks longingly at Garbo. When she finally reveals her face, Garbo looks so luminous it is as if she had been molded by divine hands and presented by the gods as a gift to humanity.

Putting aside their physical beauties, Gilbert and Garbo carried their roles with near perfection. Only once did there seem to be a bit of overacting, and that was from Garbo at the steeplechase. Her reactions as Vronsky endangered himself and revealing the ardor of her illicit passions probably come across as over-dramatic. However, part of me thinks that Anna was meant to be over-the-top here. 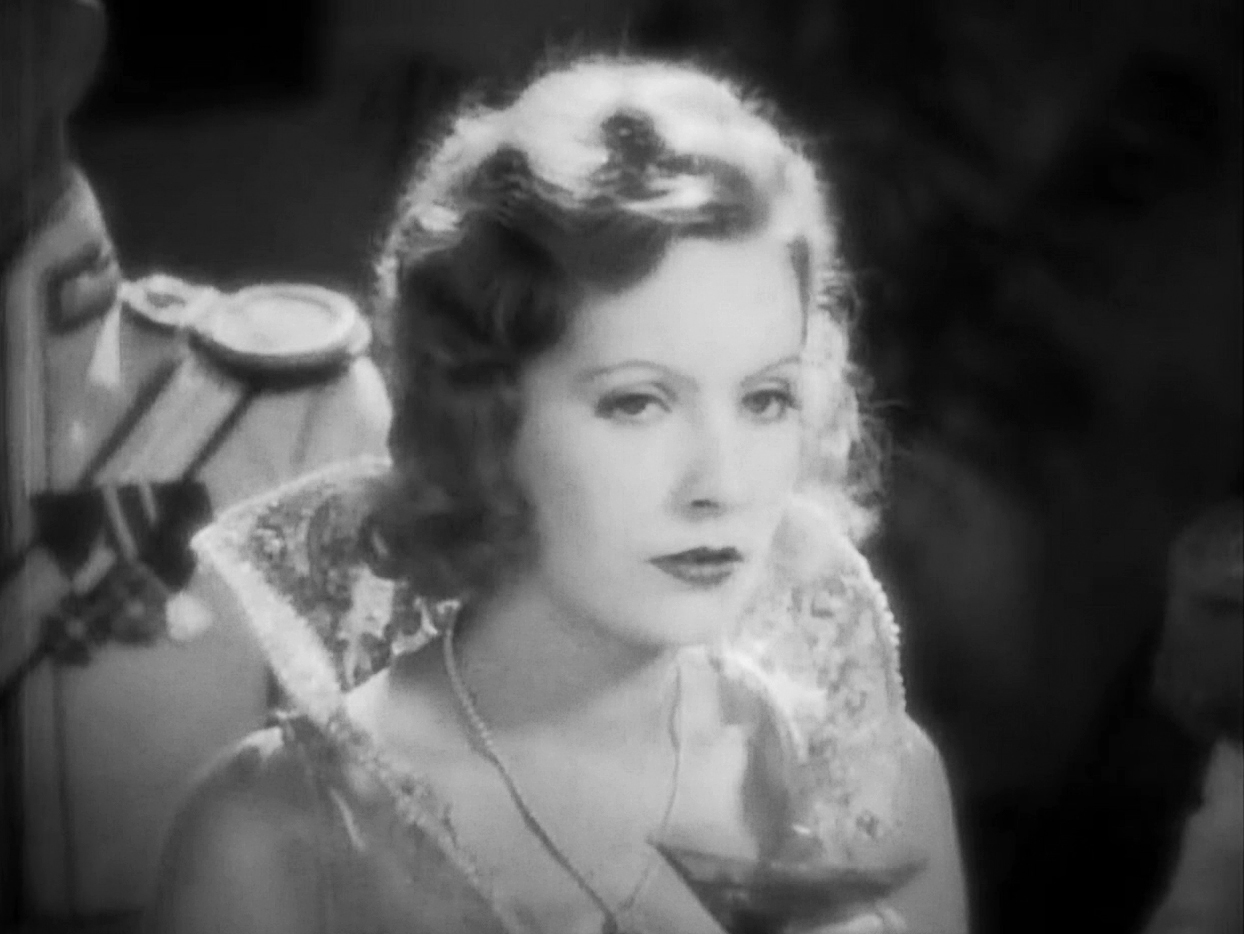 For the rest of Love, however, she is understated, graceful, elegant, beautiful and heartbreaking. She has wonderful moments with her son, showing a tender, soft side. Apart from the steeplechase scene, Garbo's performance is so strong that one can see not only why she was so magnetic but that she was among the finest silent film actresses of her day.

Gilbert too more than held his own, whether in his arrogance or ardor for Anna. When he has a close-up, it does almost look like he is making love to the camera. Together they seem the embodiment of passion, and it is clear why their teaming worked so well.

In smaller roles, Fawcett was slightly but appropriately comic as the Grand Duke, while Hurst was equally appropriate as the cold, cockold Karenin.

Director Edmund Goulding not only drew great performances out of his cast but also added strong elements of foreshadowing. In one scene, Anna cheerfully tells Serezha that the holy Easter light will not go out but if it does, it will mean bad fortune. As she opens the door the gust of wind does blow the holy light out, and she turns to see Vronsky standing before her.

For this print, Arnold Brostoff's score was excellent, climaxing in the "happy" ending so well that it enhances the beauty of that moment. It matches Love in its beauty and lushness.

The film's title is no accident: to capitalize on the duo's massive popularity, the posters were meant to read "John Gilbert and Greta Garbo in 'Love'", the double meaning obvious. The story goes that the original title had been Heat, but the idea that people would read "John Gilbert and Greta Garbo in 'Heat'" made the studio rethink that accidental pun. Love, to my mind, works best with that happy ending, a beautiful culmination of a sadly not-well-remembered screen duo that was truly luminous and passionate.

In the end, it really is so easy to fall in Love.