Scream, Queen!: My Nightmare on Elm Street. A Review 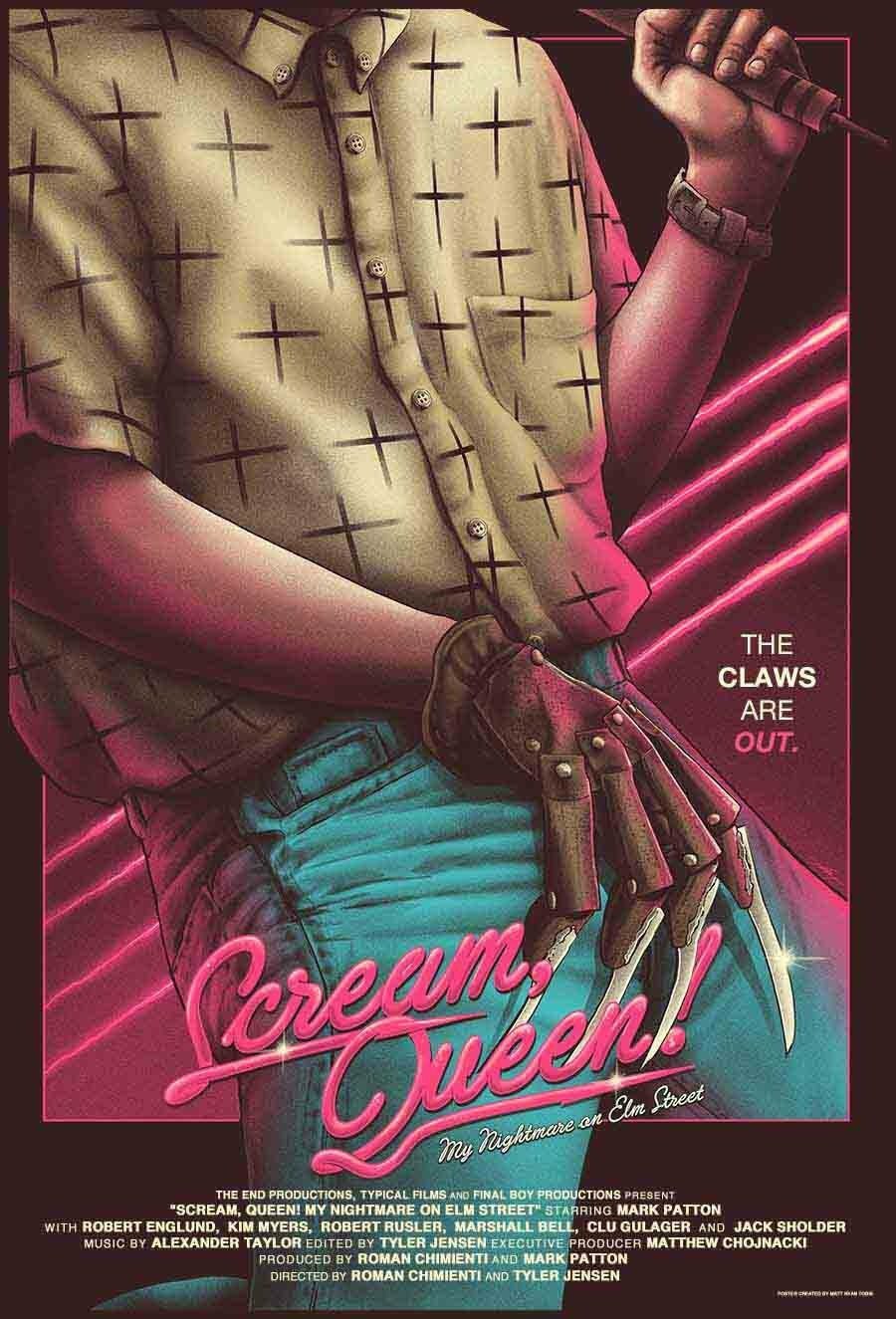 There is a gap in my cinematic experience: horror, in particular slasher films. I have seen the first two Hellraiser films at the insistence of my late friend Fidel Gomez, Jr., but apart from that every other slasher franchise has escaped me. As of this writing I have never seen a single Friday the 13th, Child's Play and A Nightmare on Elm Street film. There are several reasons for this: I was far too young to see them when they first came out, my mother would never have taken me to see them, I'm not naturally drawn to them and by now they seem to be almost more parody than frightening.

Covering a year where Patton travels to various conventions and events to discuss Freddy's Revenge and its impact personal and professional, the "Greta Garbo of Horror" finally speaks. Patton knew a few things early in life: he knew he wanted to be an actor, and he knew he was gay. Unlike others in a less open time, Patton knew that the problem was not with him, but with society at large. Moving to New York, he eventually costarred with Cher on Broadway and even recreated his role in the film version of the play Come Back to the Five and Dime, Jimmy Dean, Jimmy Dean. While not exactly a struggling actor he was still looking for his breakout role. 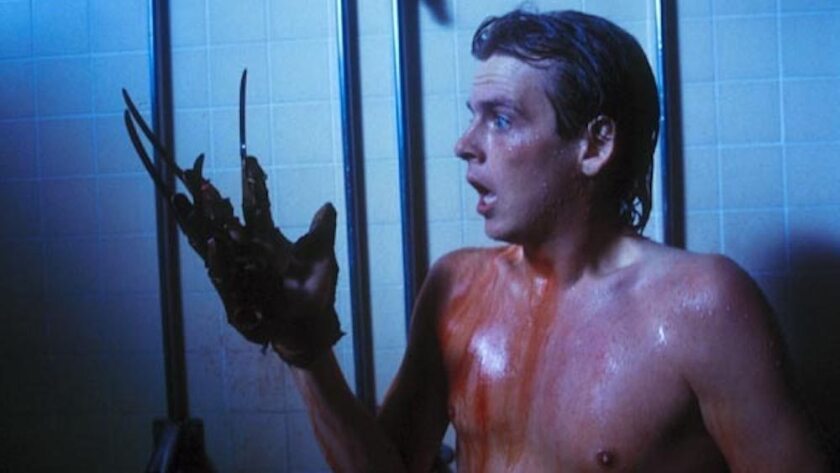 Then comes Freddy's Revenge, and it seems this will be it. The leading role in the sequel to a major hit film seems to be just the career boost Patton needs. And then things start going wildly wrong. At the time Patton was closeted, but the role of Jesse had suggestions of covert or perhaps overt homosexuality (not having seen Freddy's Revenge, I can only go by clips and hearsay). He is the first male to be the "final girl", a horror/slasher film trope where the last surviving female manages to defeat the monster. A host of decisions on the part of screenwriter David Chaskin and director Jack Sholder, intentional or not, appeared to elevate an ostensibly heterosexual character into being as openly gay as permissible without actually saying it.

Freddy's Revenge did not sit well with fans or critics for a variety of reasons; however, both Patton and his character of Jesse Walsh got the lion's share of the blame for the perceived failure of the film. With both homophobia and the rise of AIDS going on at the time (the disease eventually claiming Patton's then-partner, fellow actor Timothy Patrick Murphy), Patton's once-promising career all but fell apart. He was told by his agents that he was destined for character roles as he was essentially "too gay" to be a believable leading man. Retreating from Hollywood, Patton eventually found his way to Mexico where he opened up a shop as well as finding love with a Mexican national.

As Patton was essentially a recluse, he was unaware that Freddy's Revenge had undergone a reevaluation, particularly with a gay audience that now found a hero in Jesse and adopted Freddy's Revenge as, if not a camp gay film, at least steps towards representation. Patton found himself with a second act after agreeing to speak for the 2010 documentary on the franchise, Never Sleep Again, and now has come full circle: if not exactly embracing his cinematic legacy at least finding a semblance of peace with it, using his newfound platform to speak out on HIV/AIDS, which with he's currently living with.

The conventions allow him to meet fans, particularly gay fans who find it easier to be open about themselves thanks in part to Patton and Jesse. Patton also finally confronts Chaskin, who for years blamed Patton and not his screenplay for any homosexual suggestions in the film. 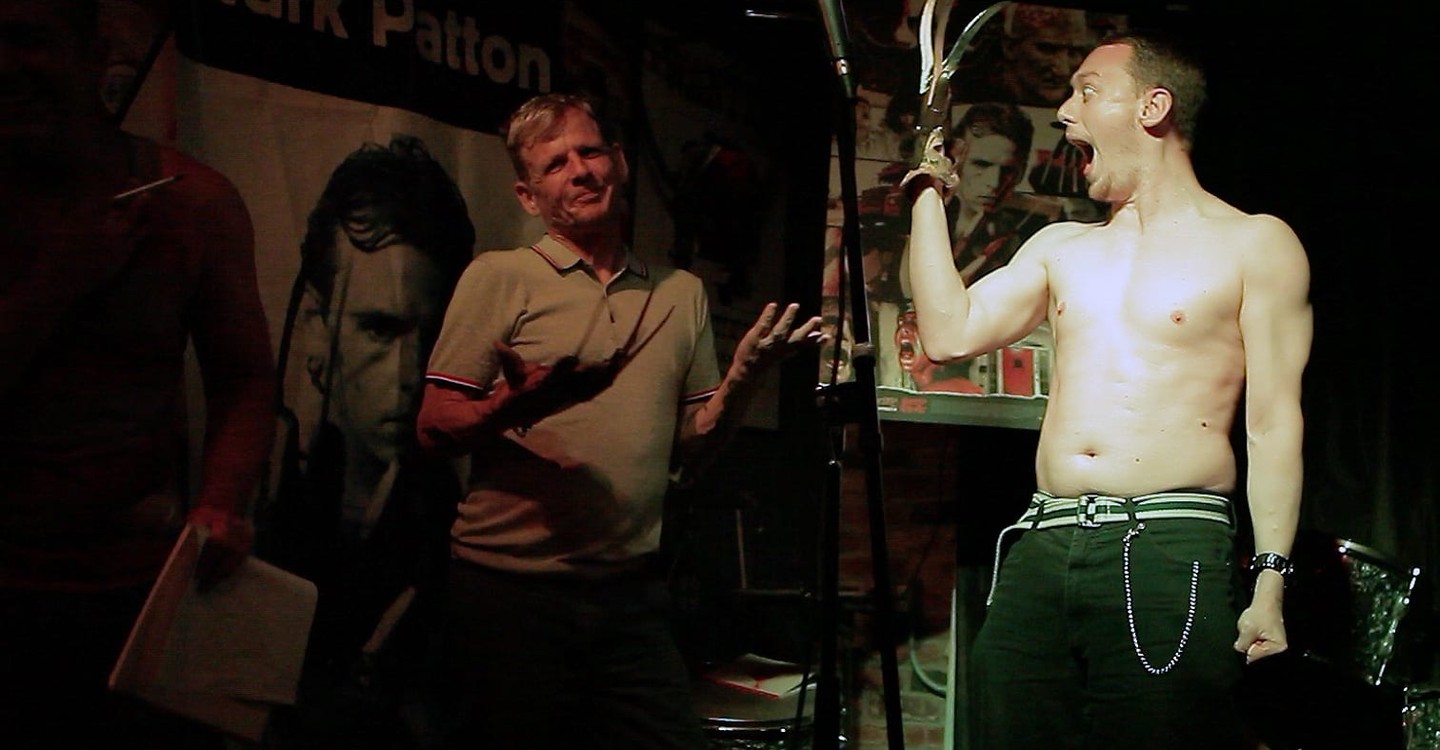 I admit to finding the appeal of slasher films a bit puzzling, but I don't begrudge or disrespect those who enjoy them. Listening to the fans discuss such things as "the final girl" and their genuine enjoyment of aspects of the franchise both good and bad tells me people do take these films to heart without themselves being homicidal or deranged. While Scream, Queen! is not about the fandom itself, codirectors Roman Chimienti and Tyler Jensen were wise in including brief interviews with convention attendees. They run the gamut from those who openly dislike Freddy's Revenge to those who, almost tearfully, are able to be out of the closet because they found in both the character of Jesse and in Patton's performance a way to admit their same-sex attractions.

One aspect of Scream, Queen! that perhaps hasn't been mentioned much is the genuine affection these fans have for the franchise and Freddy's Revenge itself both good and bad; even the more oddball elements such as Patton's notorious dance scene or his "feminine" scream has admirers, though whether the admiration is one of sincerity or ridicule depends on the individual fan.

The documentary has some genuinely funny moments, such as director Sholder's insistence that he was thoroughly unaware of any gay subtext or suggestions in Freddy's Revenge. Sholder, in a post-convention chat with his cast, says he was completely unaware the bar he used for the film was a gay bar, something his whole cast gay and straight were aware of. You have a scene set in an S & M/gay bar. You have a scene where a nude male is being whipped in the shower with a towel. Freddy Kruger himself, actor Robert Englund in an interview for the film says he aimed to make a scene with him and Patton if not homoerotic at least suggestive by sticking a blade inside Jesse's mouth (a suggestion which ultimately was rejected). Despite all this, Sholder still maintains he was oblivious.

As Scream, Queen! is about Patton (the title's pun as obvious as the homoerotic nature of Freddy's Revenge), we hear and learn a great deal about Patton himself but also by extension about a time and industry that still struggles with homosexuality on and off the screen. Despite the advances homosexuals have made in society there is still no real openly gay leading man with the possible exception of Luke Evans (and even with him that aspect is downplayed to where more than likely few moviegoers are even aware of it). Actors who have come out are essentially relegated to character parts and rarely if ever considered major box office or television draws. Scream, Queen! takes us through a brief history lesson on how homosexuality was essentially shorthand for either weak or dangerous, and while gay representation in film and television has improved overall a case can still be made on how it hasn't changed much since Patton was essentially driven out for coming out.

Patton's life story is a fascinating one and well-told in Scream, Queen!: that of someone who had some incredible highs and terrible lows but who managed to survive despite them both. Now, the fame or infamy of Freddy's Revenge (depending on whom you ask) has given Patton a platform to speak out on things that matter. His openness about his life and health, along with serving as an unofficial inspiration to a new generation of gay men able to come out and be part of horror fandom thanks to him are all commendable and worthy of note. Patton by the end of the documentary seems at peace with his legacy, accepting that his hoped-for career did not come to fruition but who now has a better legacy than great performances.

Scream, Queen! is a smart, insightful and well-crafted documentary that chronicles more than one Mark Patton. It is about the fans, straight and gay, who embrace these films with all their qualities and flaws. It is about Hollywood then and now. It is about how sometimes what appear to be curses end up as blessings, if not for yourself at least for those that come after you. Even those like me, who have and perhaps never will see any slasher films will learn much from the story Scream, Queen! tells.