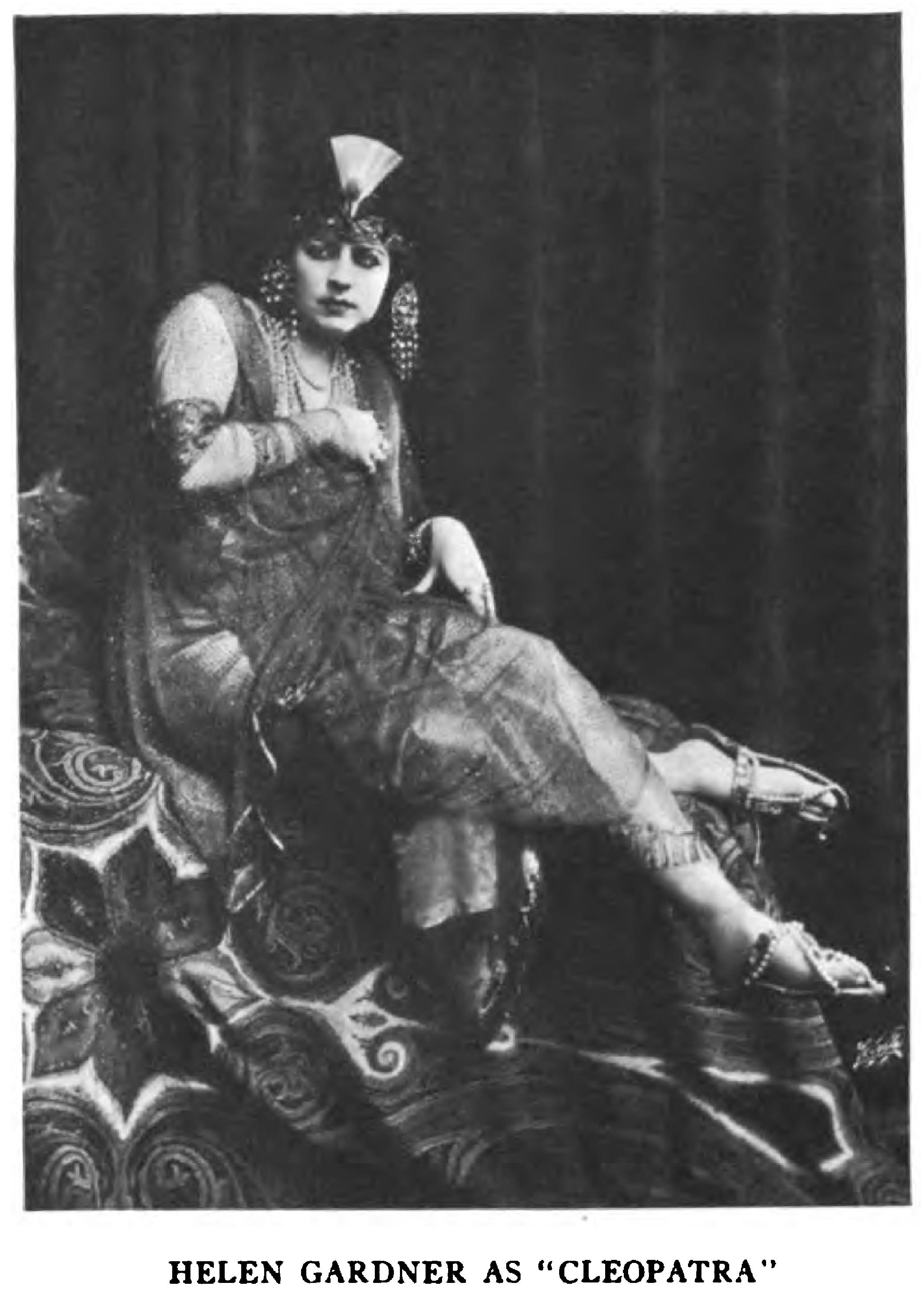 The lurid tale of Cleopatra VII, the last Egyptian pharaoh, with stories of decadent sex and true love, has attracted storytellers for centuries. Shakespeare and Shaw have tackled our exotic temptress, and cinema has found her mix of eroticism and romance irresistible. At least five biopics on our serpent of the Nile have been made. There's the famous 1917 lost film of Cleopatra starring the original Vamp, Theda Bara. There's the celebrated 1934 Cecil B. DeMille epic with Claudette Colbert as our seductive monarch. Then there's the notorious Elizabeth Taylor-starring 1963 Cleopatra, a film so massive and scandalous that it nearly brought down Twentieth Century-Fox and caused Taylor to be condemned by the Vatican as "an erotic vagrant".

Before all those, however, was a sadly now-forgotten film treatment, the very first Cleopatra biopic and a major step forward in cinema. The 1912 Cleopatra still holds up, with some strong acting and visuals that still have some impressive elements.

Less a feature film and more a series of tableaux and title cards that propel the story forward, this Cleopatra is essentially a love triangle between Cleopatra (producer Helen Gardner), a devoted and lovestruck fisherman/slave Pharon (billed as "Mr. Howard") and Roman general Marc Antony ("Mr. Sindelar). First loving Pharon, Cleopatra gives him ten days of passion before he must die, but at the last minute her handmaiden Iras (Miss Sindelar) saves him. For the rest of the film, Pharon observes and more than once saves Cleopatra as she is wooed by, loses and regains Marc Antony, culminating in him sneaking into her tomb disguised as a priest to give her the asps hidden in the fruit basket. 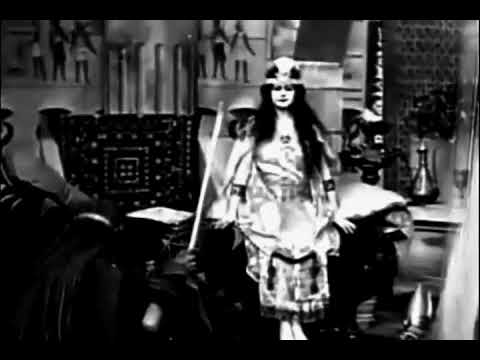 Helen Gardner is a pioneer in cinema: she not only starred in and produced Cleopatra, but also cast her own acting company and even did her own lavish costumes for her character. Her performance was a blend of the theatrical and the natural. At times she and the rest of the cast had that almost-pantomime manner, with a lot of arm thrusting to suggest emotions run amok.

Other times though, Gardner seemed subdued and contemplative. It's a credit to her as an actress that she did not come across as over-the-top, something that can't quite be said for the rest of the cast.

Again, to be fair this style of acting was the norm at the dawn of cinema, so we should look at it with less contemporary eyes. The performances were on the whole solid and respectable, but clearly Gardner was the best of the group.

Director Charles L. Gaskill also filmed some quite impressive scenes. As I said, Cleopatra is really more a series of tableaux, where we have one shot that captures a particular scene and the actors all either act or stand still. However, we do see slow steps forward in terms of narrative and use of camera. I can remember only one set of close-ups, when we have a surprisingly inventive take on the Battle of Actium, but the cutting between Cleopatra's reactions on her "ship" and Antony's reactions on his "ship" shows that Gaskill and Gardner were slowly finding ways to tell a story differently than they would on the stage.

Another excellent moment is when Cleopatra presents herself to Marc Antony. First, her actual entrance, complete with veils, is still impressive. Second, we clearly see Pharon come too, but it is not made a big moment. In fact, it balances between subtle and obvious, a sign that again these filmmakers were learning. 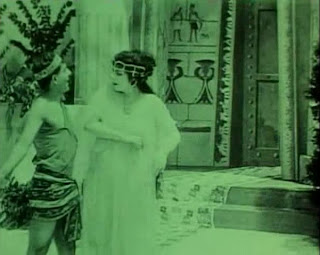 Cleopatra also benefits from the use of color in the film. The scenes at Cleopatra's court and Egypt in general are always tinted with various colors: red, blue and green. Curiously, those involving Antony or any of the Romans are almost always in regular black-and-white. To my mind, Gaskill and Gardner are suggesting a lavish, decadent and exotic world filled with blazing colors while that of the Roman Empire is mostly drab. Granted, this may be my own interpretation but for me it works.

Perhaps the weakest element of Cleopatra is the title card dialogue. There's something almost comic about the rather overblown text that appears. When Cleopatra makes her "indecent proposal" to our frisky fisherman, she "says" via the title card, "If I let you live--and love me--ten days, will you swear then to destroy yourself?" As she contemplates suicide to join her true love, Cleopatra states, "To lie in the silent grave by your dear side, Antony, is life! This wakefulness is a thousand deaths!"

Cleopatra is filled with such grandiose statements. No one gets away without an exclamation point to punctuate his/her dialogue in the 105 title cards. Even Pharon gets in on the act, when after taking an arrow meant for his Queen he declares, "I love the woman you love so well--that I'd give my life--for the man--she loves!"

If there is one thing that I might find fault with Cleopatra, oddly it is with a contemporary element. This version had a score by Chantal Kreviazuk and Raine Maida. Sometimes their music was excellent: a blending of the foreign and familiar (the film opens with African-inspired music). Other times it seemed downright oddball. I think at one point I heard bagpipes (at the scene where Cleopatra appears to Marc Antony). More than once essentially specially-written pop songs were played. Perhaps I'm more traditional in my tastes of silent film music, and while I don't object to vocalizing, why am I hearing actual love songs?

On the whole though, this Cleopatra should not be forgotten. I think it is a sign that cinema was slowly shifting away from the theatrical and finding a more natural manner. Good acting and an engaging story makes the original Cleopatra a film that tells its own story well and shows how cinema started to become what it is now.