Menace and mirth mix merrily in The Invisible Man, the adaptation of H.G. Wells' science-fiction work. With a standout vocal performance by Claude Rains in his American film debut, The Invisible Man may not be frightening but moves quickly with special effects that still stand up.

Scientist Jack Griffin (Rains) is literally wrapped up in his own work. He has discovered the method of invisibility and now works to find the antidote. Unfortunately, power has gone to his head, making Griffin insane. He disappears in more ways than one, and in his efforts to find a way to be visible again he gleefully terrorizes a small town.

Griffin's mentor, Dr. Cranley (Henry Travers) and his aide Kemp (William Harrigan) try to keep things under wraps, so to speak, but Cranley's daugther/Griffin's love interest Flora (Gloria Stuart) knows something is up. Griffin forces Kemp to be his henchman as he continues his mad crime spree, culminating in the murder of a policeman. Griffin now wants to sell his discovers in some bonkers idea of world domination. Fortunately for him, Kemp is too interested in looking out to himself to be trouble, ending up dead for his efforts. The manhunt continues until Griffin is finally brought down. 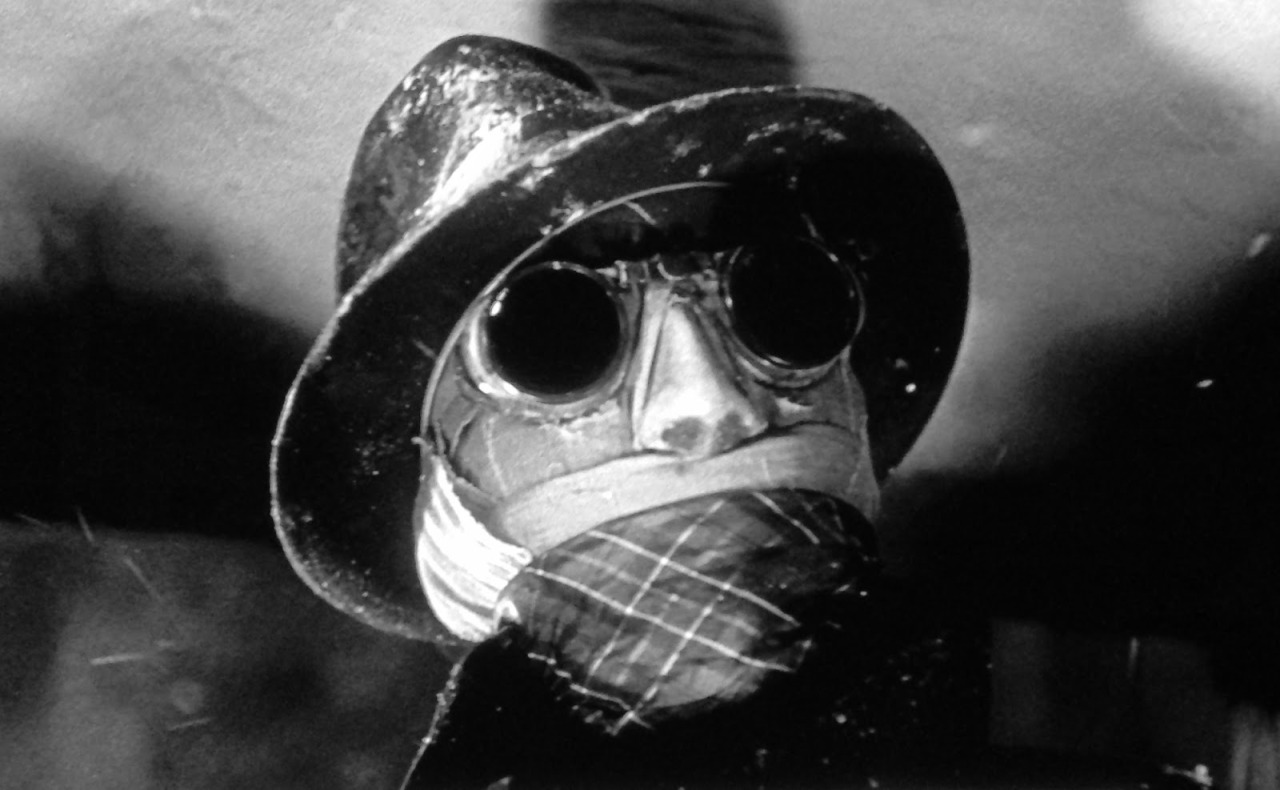 The Invisible Man has a surprisingly wicked sense of humor among the whacked-out situations. We get this right at the beginning when Griffin comes into the village inn on "a dark and stormy night". While director James Whale gives Rains an appropriately chilling and cinematic entrance, the pub denizens seem to find a lot of the situation more oddball than dangerous.

It helps when Una O'Connor as the innkeeper's wife is constantly screaming at the insanity going on around her.

In perhaps other films, Griffin's escape from the village would have instilled great terror as he strikes where he pleases, but in The Invisible Man, there's a surprising amount of humor. It's funny and bonkers as Griffin steals bicycles and knocks off people's hats, adding quips along the way.

The film is also enhanced by some great lines and line readings. "We face a terrible difficulty. He's mad and he's invisible," a policeman comments with a straight face. That is one of the elements that makes The Invisible Man so great: that it takes the premise seriously while still being able to throw in some humor into things.

It's a curious thing to see Kemp's murder can start out with Griffin almost gleefully telling him what he'll do then turn quite serious as his car goes down to a fiery conclusion. Claude Rains had a near-impossible task: act with just his voice to convey Griffin's insanity, megalomania and a touch of humanity. It's a credit to him as an actor that he could, though he starts off with the advantage of one of the greatest voices in cinema.

Still, Rains' performance is exceptional, able to blend menacing and mirthful, switching easily from declarations of love to Flora to proclaiming his lust for power in an almost hysterical manner to merrily singing ditties to terrified old women.

Stuart, for her part, had a harder role as the forever-anxious Flora. While it was good that the film started with their relationship already established, she had very little to do other than look anxious. Harrigan was the one I would have said was wildly overacting to where you want him done in. Travers was the calm voice of reason but again not a major part of the film.

The Invisible Man, however, does have exceptional special effects. Even after nearly ninety years seeing, or not seeing, the title character still leaves the viewer wondering how it was all done. These were craftsmen at the top of their game, the partial disappearance of Griffin showing a great skill in having the visual effects serve the story.

The Invisible Man is not overall frightening and is a surprisingly short film at a brisk seventy-one minutes. However, it has an amazing Claude Rains performance, astonishing visual effects and a wild sense of humor among the craziness. Yes, you do need to see it to believe it.