Jean Harlow is sadly not as well-remembered as she should be, apart from "Golden Age" film fans. It's a pity given how Harlow had a wonderful comedic style. Bombshell veers very close to being fact than fiction, but Harlow showcases a surprisingly deft dramatic touch that might have led to more dramatic parts had she lived longer.

Film star Lola Burns (Harlow) has it all: glamour, fame, the object of fascination, envy and desire for everyone who sees her films. In reality, Burns has more than she or any sane person can handle. She suffers through a half-drunk father (Frank Morgan), a full-drunk brother (Ted Healy) and a lousy assistant (Un Merkel). She also suffers through the various indignities foisted on her by the studio publicity agent Space Hanlon (Lee Tracy).

Hanlon's publicity has made Lola into a seductive temptress but she hates her image as a sex goddess. She wants to be taken seriously both on and off screen. After a disastrous effort to adopt a baby culminating in a fistfight between her former fiancee, Hugo the Marquis (Ivan Lebedeff) and her other ex, director Jim Brogan (Pat O'Brien), Lola decides to pack it all in and flee from her bonkers family, her career and especially Hanlon.

Taking refuge at a desert hotel, Hanlon finds her and works to bring her back. She, however, has fallen quickly in love with Gifford Middleton (Franchot Tone), who knows nothing of "Lola Burns". Hanlon is not about to let his Number One Star slip quietly, and he may have a hidden agenda of his own. What lengths will Space take to win Lola and win her over? 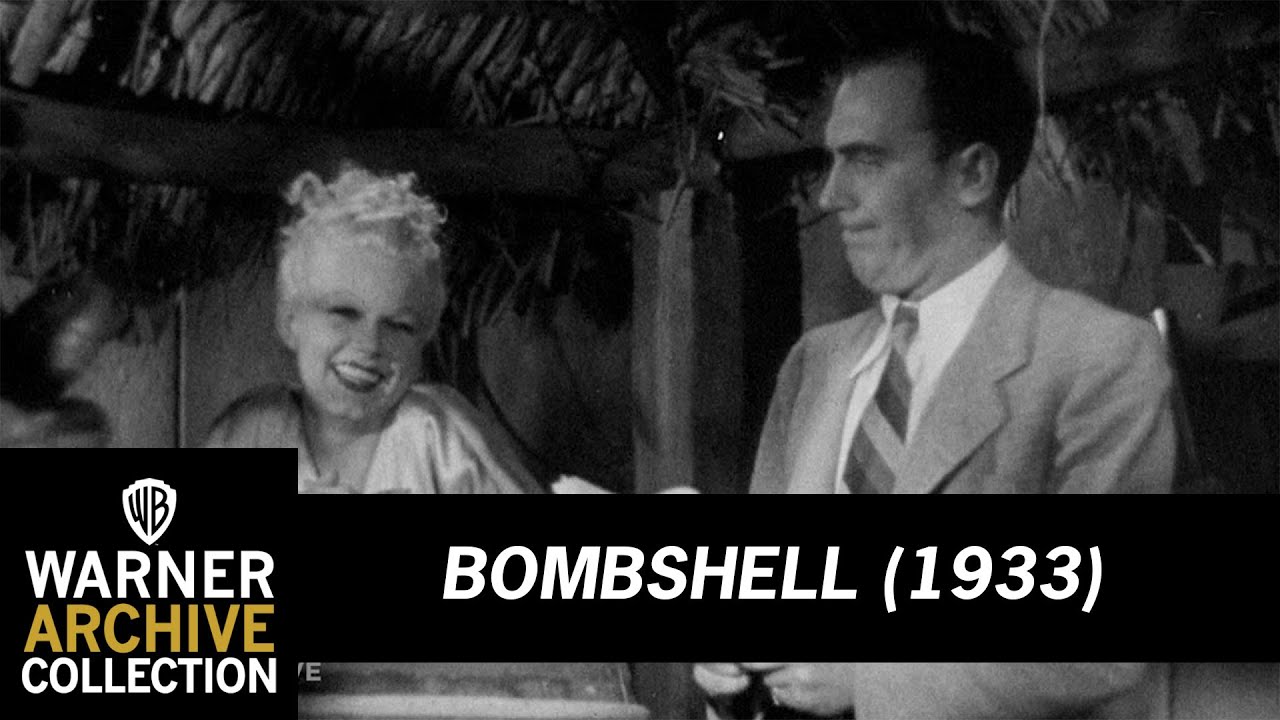 Bombshell seems a pretty outlandish spoof where fantasy and reality seem to blend easily. As part of the plot, "Lola Burns" has to come in for retakes on a film titled Red Dust, the joke being that the real Jean Harlow indeed made a film called Red Dust with Clark Gable. These retakes are for a "barrel scene", a clear and open reference to a famous number where Harlow's character took a bath in a barrel, a shockingly risqué sequence that all but taunted the Hays Office, which is also openly mentioned. Bombshell is as meta as it can get without using real names.

It's also surprisingly brazen in what it was allowed to get away with in terms of dialogue. There's a hilarious sequence when, after being told Lola is "going to have a baby", the conversation between Space and Lola can be read in many ways. While the film clearly has established that Lola is working to adopt a baby, the comedy (and lack of censorship) comes from his misguided ideas. After the confusion is cleared up, he quips, "For a minute there you had me thinking you were going for an independent production!". It's simply astonishing that the Hays Office either didn't catch on or allowed that suggestion of illegitimate birth through.

The film is filled with witty dialogue and quips, some of it again very daring. When Space's constant interruptions finally get to her, Lola slams the window shut on him. "You get out of here with your cheap wisecracks!". He replies, "I wasn't even there in the first place!". Read into that what you will. 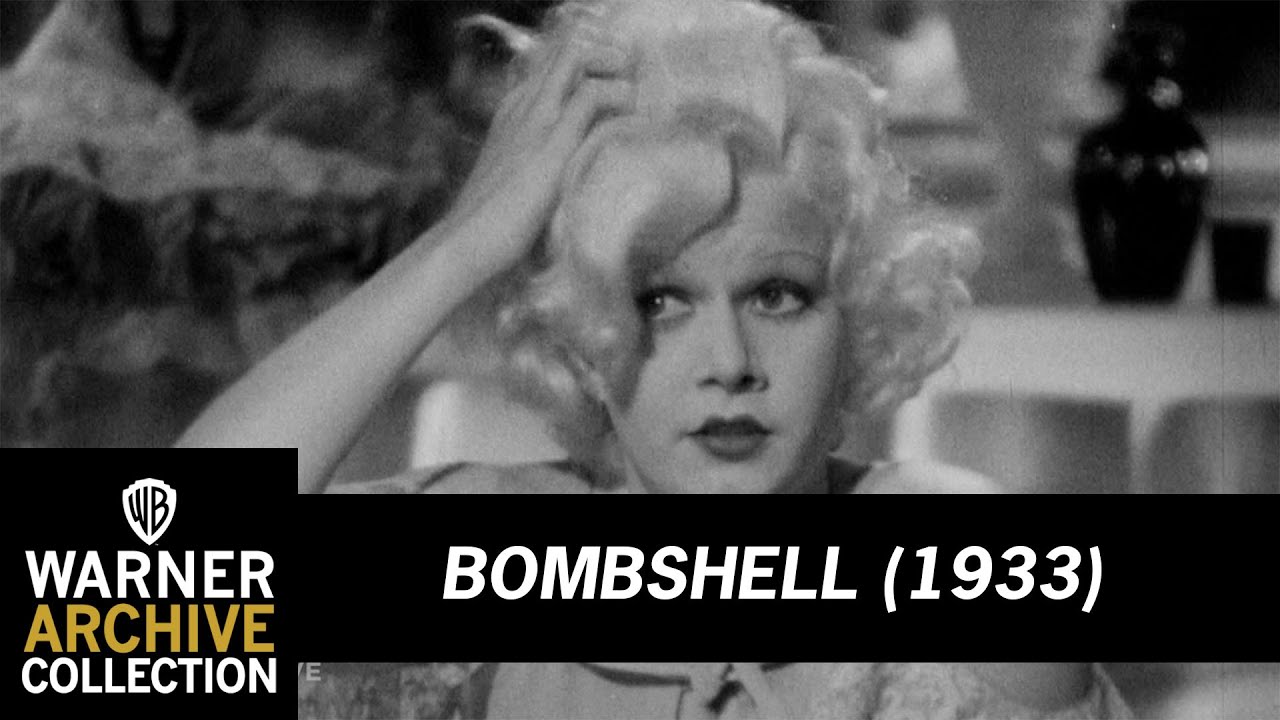 What sells Bombshell is the original "Blonde Bombshell" herself. Jean Harlow is a delight from start to finish as Lola Burns. It can be argued that she is playing a highly exaggerated version of herself: the sexpot who is really a homemaker at heart. At times Harlow does seem overdramatic, particularly when playing lovelorn, but somehow it works. It makes her more endearing.

The highlights come when she slings zingers better than most, her constant frustrations with the wacky and whacked-out family constantly causing her headaches. It's clear she genuinely loves her Pops even if does nothing but sponge off her, and that vulnerability makes Lola/Jean a genuinely sympathetic character.

Curiously, I think her best moment came when she talks about her hopes and dreams for the baby she has fallen in love with from the orphanage. As she speaks about how she wants to make this child's life happy and how he won her heart, Harlow shows a dramatic range that was never fully tapped. I felt quite moved and touched by her monologue. How much of her performance here was the character and how much of it was Harlow herself is open to speculation, but it's a glimpse of what could have been the start of a genuinely strong career as a dramatic actress versus the comedienne and sex goddess Harlow was.

Tracy was energetic as the always-on-the-go press agent, unwilling to let a good thing go by. Morgan's blustery manner worked as the leech with perhaps a genuine desire to help his little girl. Merkel sadly wasn't in the film long enough to leave much of an impression.

Bombshell is a farce, delightful if perhaps a bit too outlandish to believe. At one point, Lola Burns shouts, "A glamorous bombshell, am I? More like a glorified chump if you ask me!" Bombshell proves she was no chump, but a strong comic performer who could also move you.