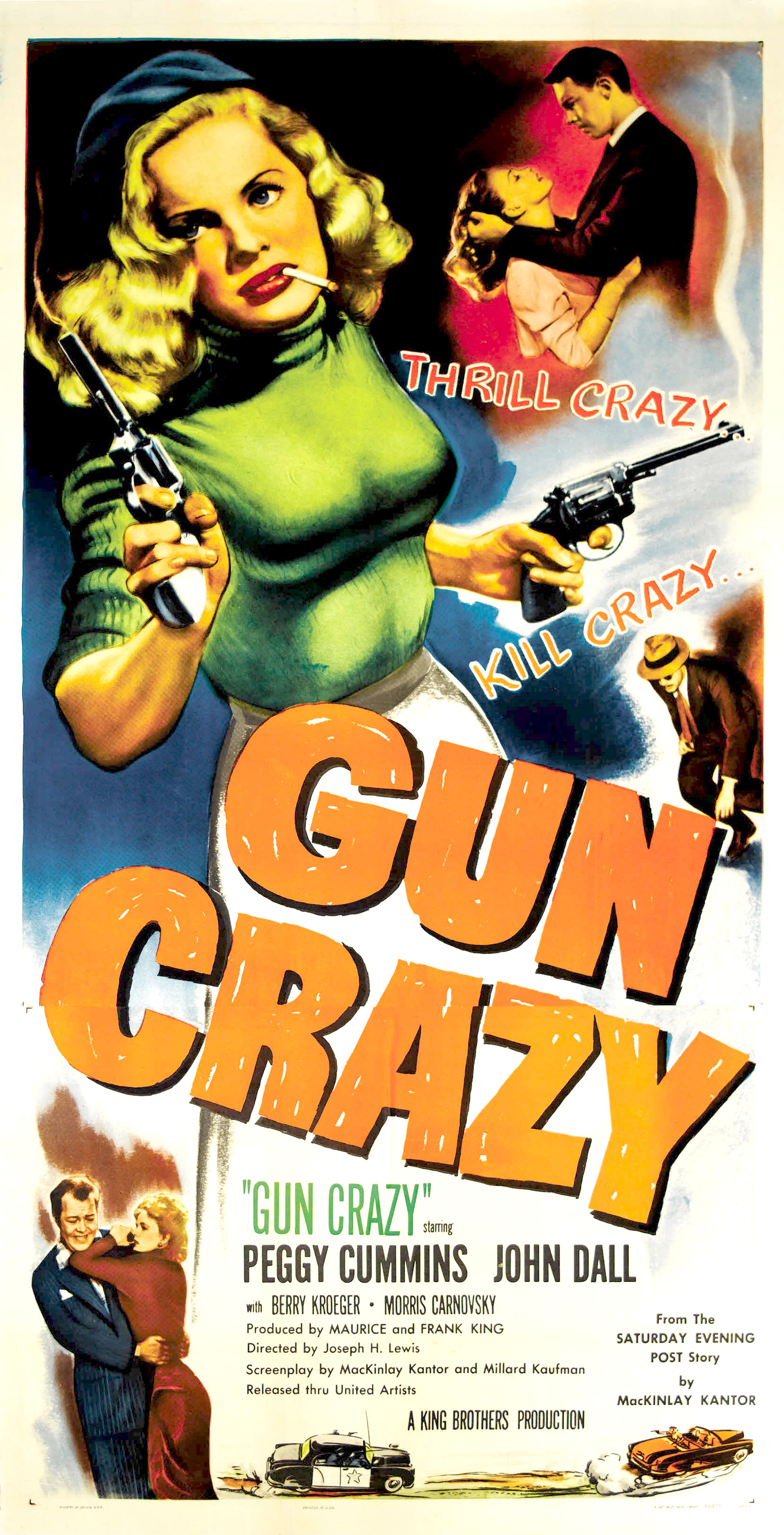 GUN CRAZY
Gun Crazy is a short film in terms of running time, and clearly limited by its budget. However, far from bringing the film down those elements enhance Gun Crazy, making it an exceptional example of economic filmmaking at its most brilliant.
Despite his fascination and expertise with guns, Bart Tare is at heart a good man haunted by his youthful shooting of a baby chick. After a stint in reform school and the Army, Bart returns to his hometown and looks ready to start a quiet life.
That is, until he meets professional carnival sharpshooter Annie Laurie Starr (Peggy Cummins). The alluring vixen is impressed when Bart manages to outshoot her, while he's impressed with Annie. Even though she knows she is 'bad', they try to make an honest and happy life together. Eventually, the money runs out, but while Bart wants to settle down Annie wants wealth.
As such, she pushes him into a life of crime, and they turn to bank robbery, creating a crime spree culminating in Annie violating one of his rules on gun violence and a fiery end for our star-crossed gun-toting lovers. 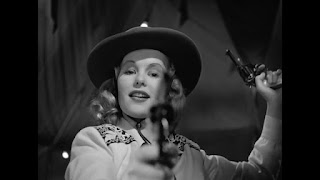 Gun Crazy is an absolutely brilliant example of how one can craft art while on a shoestring budget. Of particular note is a long one-take sequence involving their first major bank heist. Taking a POV from the backseat of their car, we see Bart and Annie interact as they search for the perfect place to park. We don't go inside the bank while Bart robs it, but instead stay with Annie as a policeman comes up.
To distract him, she leaps from the car and makes conversation. The audience can see and hear them, but we stay in the back, building up the tension of the sequence.
This one-take sequence predates Orson Welles' similar albeit more elaborate one-take opening from Touch of Evil, but director John Lewis shows he is able to hold his own. Lewis builds up great tension in other scenes, such as the initial shooting contest between Annie and Bart, where they fire at each other.
Visually, Gun Crazy dazzles, and it's extraordinary that with a small budget the production could look so inspired. From Annie's first appearance as she looks down towards Bart to the climatic swamp scene, Gun Crazy manages to display exceptional sequences.
The economy Gun Crazy has does not limit but actually enhances the film, using clever elements such as audio distortion when young Bart drowns out the Judge's words or a montage of the couple's declining financial status. 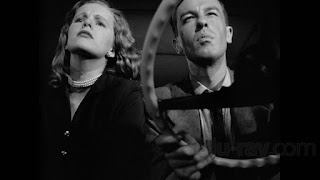 Performance-wise, Gun Crazy is equally exceptional.  In an honest world, both Dall and Cummins would have been Oscar nominees at least for their performances. Dall makes Bart into the most reluctant criminal, a man so enthralled with his femme fatale that he'd dive up everything for her. The horror when he learns Annie's killed, the inability to leave her, his weakness at her, all builds up to an exceptional and heartbreaking performance.
Cummins should equally be recognized as the malevolent Annie. As the woman who leads her man wrong, Cummins makes one shiver at her greed and general unrepentant manner. I say "general unrepentant" because Cummins does not make Annie into a thoroughly evil person. You do get a small glimmer that she at least wanted to try and change for the better. When they rush to marry after being fired from the carnival, she confesses that she isn't any good, but she will try. It's almost as she knows it's impossible for her, yet her love for Bart would make her give it an effort.
It's extraordinary that Gun Crazy also has a score from Victor Young, always brilliant, that balances the danger and menace with a sense of
The simplicity of economy forced the makers of Gun Crazy to be creative, and the end results are one of the great examples of film noir.
DECISION: A+
Posted by Rick at 11:35 AM