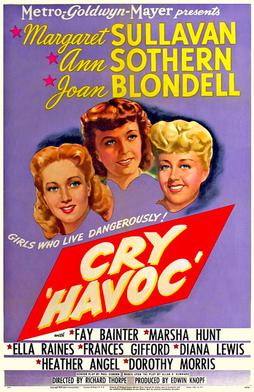 Cry 'Havoc' is the rare World War II film that centers around women, particularly nurses and nursing volunteers on the front lines. Topical at the time, Cry 'Havoc' now looks both dated and stagey, though a couple of good performances save it from being a total bore.

As the Japanese sweep through the Philippines, the U.S. Army is in desperate need of nurses. Unfortunately there are only two currently serving: Captain Marsh (Fay Bainter) and Lieutenant Smith (Margaret Sullavan). Nurse Flo (Marsha Hunt) is tasked to find female volunteers among the various refugees. Sadly, she can find only nine of various backgrounds. The dominant figure is sultry Pat Conlin (Ann Sothern), who constantly butts head with "Smitty". Add to that the fact that Pat and Smitty are both interested in the same (unseen) man: Lieutenant Holt.

The rest of the women find the stress of combat and death hard, but they do their part to attend the wounded. As the Japanese come closer to their hospital, the women continue their work, though sadly not all survive to see the fall of Corregidor and their capture. As the women slowly march upwards from their bunker Pat and a seriously ill Smitty reconcile, the truth about Smith's secret marriage and Pat's platonic relationship with Holt breaking their own war. 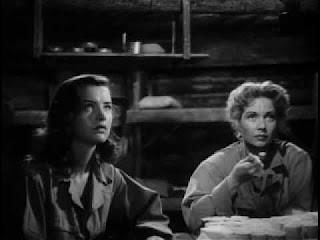 Cry 'Havoc' is based on a play and it clearly shows. Many scenes are set in the underground bunker they share, and worse, director Richard Thorpe stages the scenes as if we were in a theater. Bizarrely, despite having ample opportunity to open up Cry 'Havoc' by setting scenes outside, so much of the action is set in this one room it might have just been a filmed play.

That might have been forgivable but not the fact that so many of the performances are bad. At the top of the list is Sullavan. From the beginning there seemed to be a forced brittleness to her performance, no real emotion behind her secretly ill Lieutenant Smith. A frozen face no matter what scene she was meant to play, it seems almost laughable that she and Holt could ever be involved, let alone passionately in love. Intentional or not, Sullavan comes across as a parody of a screen lesbian, making the potential of a deep heterosexual love comical.

Another bad performance is Dorothy Morris as Sue, a British girl traumatized by war. What is meant as a deep scene as she emerges from a hallucination mistaking a volunteers meeting for a party while waiting for her sister to return comes across as hilarious. Morris was simply awful: her British accent poor and her theatrics more comical than moving. Ella Raines as the Philadelphia patrician's daughter Connie too was bad in her own hysterics, though to be fair she did manage to have a strong moment with Sothern when they start to bond despite their differences. 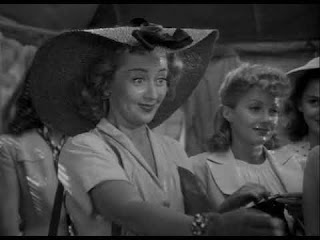 It was not all bad, as a few good performances came out of it. Sothern's turn as the brassy, no-nonsense Pat showcased her ability to backtalk to anyone, but we also saw a different side to her. In that scene with Raines, Sothern shows a more mature woman capable of showing tenderness to a frightened girl. She even quietly accepts a bit of perfume from Connie until she hears the other women coming, where she reverts to type. It reveals that Pat's persona is more of a protective device, as does her admission that she and Holt never had anything more than talks. Ann Sothern is a highlight of Cry 'Havoc', giving a wonderful performance.

I also enjoyed Diana Lewis as simple Southern girl Nydia, who joined the volunteers as a way to find her Alabama boyfriend. For reasons unclear, Joan Blondell was wildly underused as Grace, former burlesque queen. Same goes for Bainter, who is on screen for at most ten minutes, mostly at the beginning and end of Cry 'Havoc'.

That may be one of the major problems with Cry 'Havoc': simply too many characters. As the majority of the plot involves the love triangle between Smitty, Holt and Pat, other characters disappear for long stretches, making them almost redundant. That perhaps might work on the stage, but in the film a lot of women seem to get lost in the shuffle. Perhaps a remake can cut some of the characters, such as the West sisters.

One unintentionally funny moment comes when one of the women says she has what passes as a date with an anti-aircraft gunner. "There's a gunner out there who's going to show me how to operate his anti-aircraft gun. He's brought down seven". Maybe it's my own mindset, but that line sounds curiously suggestive of something more than downing "Japs" (the popular term for the Pacific front enemy at the time). The use of the phrase "We're all free, white and twenty-one" may have been common at the time, but it's pretty cringey now.

Cry 'Havoc' is a bit of a downer, even for a war film. The film rarely gives the women moments of levity, and the only one that comes close (a light swim) ends in tragedy. The film seems a product of its time, but while there is strong potential in the tale of women on the front lines, a slow pace and more than a few weak to bad performances take that potential out.