The Perks of Being A Wallflower: A Review 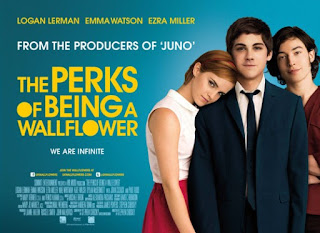 THE PERKS OF BEING A WALLFLOWER

If ANYONE has a right to complain about high school, it should be yours truly.  I was the Captain of the Academic Decathlon team and had a pass to go to the Library during lunch.  Let's face it: I didn't scream "cool kid".  My own memories of high school are a bit mixed.  Certainly there are moments I'd rather not revisit, but by and large I have happy memories of my time with friends whom I still see and keep in contact with (thanks, Facebook). The Perks of Being a Wallflower is a young adult novel that is adored by many if not all of its readers.  Would that it have been able to cast that spell over me.

Charlie (Logan Lerman) is a highly troubled freshman, one with emotional or mental health issues who must also endure the beginning of high school.  In this minefield that is higher education he does not want to stand out.  However, like all humans (even insightful ones like Charlie) he wishes to make connections.  With that, he soon manages to start a friendship with Patrick (Ezra Miller) a senior who is also a bit of a rebel.  Along with Patrick we get his stepsister Sam (Emma Watson), whom Charlie first mistakes for a couple.

Patrick and Sam are THE avant-garde members of the school.  They're into 'cool music' like the Smiths!  They perform at Rocky Horror Picture Show screenings!  They make mixtapes...on cassettes!  During the course of his freshman year, Charlie has fallen in love with Sam, but they never do really get together.  He, despite his shyness and general insecurities, manages to get a girlfriend (and lose her) and also help Patrick deal with bullies (one of whom, a football player, was Patrick's first love).  However, as all highly educated boys are prone to be, Charlie's troubles eventually overwhelm him. 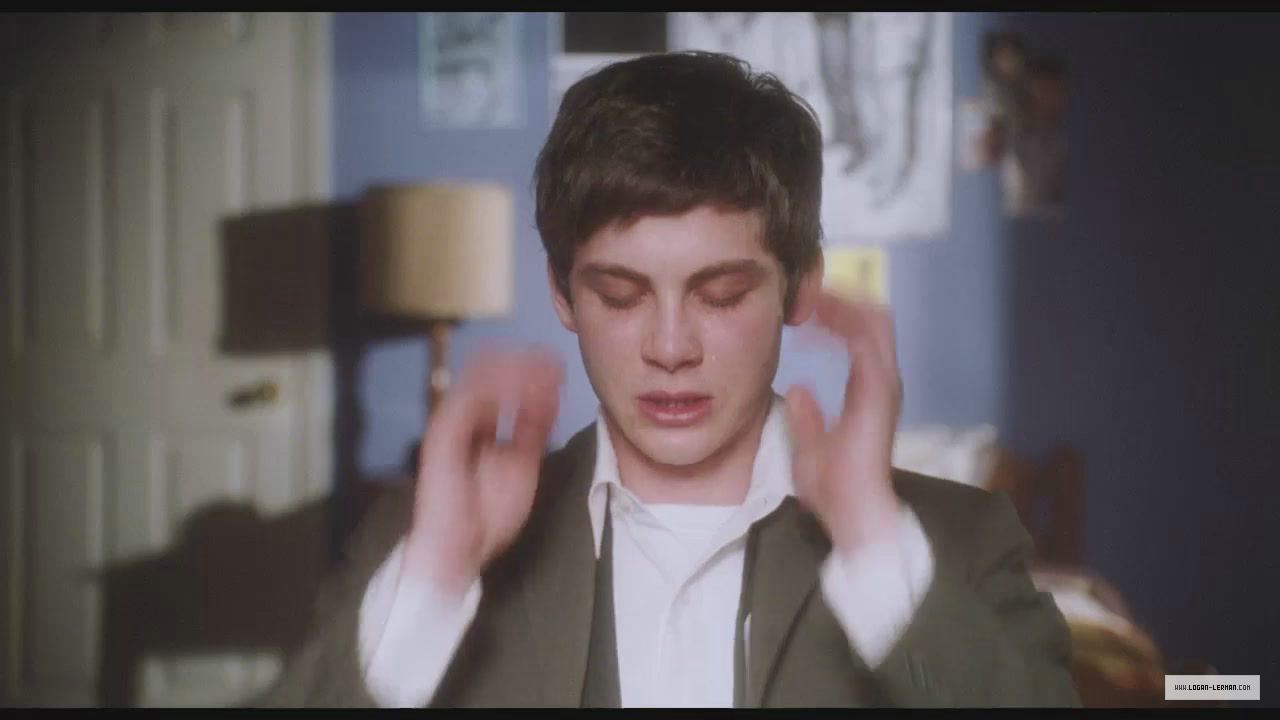 Before starting his freshman year his aunt died.  The relationship between Charlie and Charlie's Aunt (sorry, couldn't resist) was a curious one: it was close, very close, very intimate.  She, however, was killed in a car crash around Christmas.  Charlie feels guilty over it, but after what I gather was a suicide attempt (perhaps his second), we finally get the idea of what had really  happened.  No, Charlie wasn't in love with his aunt; rather, it is hinted at that she had been molesting him.   However, with some hospitalization, and the love of his families (blood and school), Charlie at last is free and finds that We Can Be Heroes...if just for one day.

The Perks of Being a Wallflower has something going for it: it is the epic union of two literary icons (or what passes for modern literary icons) when Percy Jackson meets Hermione Granger.  That's right: Logan Lerman and Emma Watson, together for the first time.   Truth be told, I would find a movie where Percy Jackson, demigod, meets Hermione Granger, wizarddress, more interesting that what I saw.  The Perks of Being a Wallflower looks like an interesting story, but how is it different from something like It's Kind of A Funny Story which had a similarly insightful teen who also had mental health issues and where there was a bright young girl with whom he found love?

I can imagine that perhaps the issue is with translating the book to the screen, but that can't be it, since the young adult novel's author, Stephen Chbosky, not only wrote the screenplay but directed the film, which is unheard of.  I therefore have to figure that this is how Chbosky wanted and imagined The Perks of Being a Wallflower would be.

That's not saying much for the book, which granted I have not read (as always I don't judge by the source material but by the adaptation).  I don't find anything special in stories about kids who are far too smart for their own surroundings, who have an insight into things their parents or adults at large don't know.

One thing that puzzled me endlessly is this thing with mixtapes.  I understand Perks of Being a Wallflower takes place in the early 1990s, but I kept thinking the use of cassettes (along with the liking of the Smiths) this was in the 80s.  That, however, might be a minor point.  The entire issue of the sexual abuse is the big problem here.  The idea that his aunt was violating Charlie is already disturbing enough (and I get the idea that he was molested when in his excessively-used voice-over he tells us that things didn't get better until he told his parents what his aunt had done), but how Chbosky portrays Charlie's feelings for her, I genuinely thought he was in love with her.

I also question exactly how clever or hip our Trio was.  They knew all the cool music, they knew all the really good music, but they could never identify David Bowie's Heroes?  They always referred to it as "the tunnel song", and I began to wonder just how hip they could be if they apparently thought the never-named Heroes was this underground song?  I was hardly avant-garde in high school (I figure I was probably more conservative socially, artistically, and politically then than I am now), but I knew who David Bowie was, I knew who Bob Dylan was, I knew who the Smiths were, I knew who Guns N' Roses were.  How was it possible that these guys didn't?

If we look at the performances, I sometimes thought the actors basically guided themselves because there appeared to be too much self-consciousness of how 'deep' our characters were.  In fairness, I thought Lerman got his insecure, somewhat frightened and naive Charlie down.  After the unimpressive Lightning Thief and the abysmal Three Musketeers one would have been amazed that Lerman could have pulled off anything in terms of giving an actual 'performance', but he did a good, not great, job.  Watson on occasion struggled with her American accent (in her first scene she sounds as if she's trying to suppress her British tone), but again I was surprised that she handled it better than I would have thought.

Ezra Miller didn't strike me as giving anything other than a broad performance as the semi-closeted Patrick.  It was clear Patrick was the 'wise-ass' teen with the heart of gold, and Miller, while not awful, didn't register much.  No offense, but I thought Brad (Johnny Simmons) his secret lover/closeted football player (didn't they do this storyline already on Glee?), could have done better than Patrick.

If there IS one thing I will openly criticise about The Perks of Being a Wallflower is the constant use of voice-over.  Perhaps because this is Chbosky's first feature film I can forgive this rookie mistake, but I simply cannot abide voice-over telling us everything, particularly how it is done here, with Charlie writing to an imaginary (or never-seen or heard-from) friend.

For me, the overall story of The Perks of Being a Wallflower was nothing original for me to think it a great film.   It might have to do with that I did not detest or despise high school (like apparently many people did and still do).  If this is the new coming-of-age story for the next generation...

Email ThisBlogThis!Share to TwitterShare to FacebookShare to Pinterest
Labels: 2012, Drama, Review, YA Adaptations