The Librarians: And the Complete Fourth Season Review


THE LIBRARIANS: AND THE COMPETE FOURTH SEASON

There were individual episodes of The Librarians Season Four that I really enjoyed.  They were fun and zippy and hearkened back to the early days of our frothy adventure series.

And then there were episodes like And the Disenchanted Forest, which left me so cold that I was reluctant to watch more episodes because I was the one disenchanted.  Now as we look back on the Fourth and sadly its Final Season, I'll try to examine not so much why The Librarians came to an end but why Season Four was in my view a weaker season than others.

This season, there was no major threat from a villain apart from renegade Guardian Nicole Noone, who was a throwback to the first Librarian film, Quest for the Spear.  Unlike other seasons where we had Lancelot, Prospero and his henchman Professor Moriarty, or even Egyptian deity Apep, this season we got bits from Nicole, then what appeared to be individual stand-alone stories, then back to Nicole.

I guess there is nothing wrong with that, but at times things went a bit off.  There was a stretch of episodes that either failed to entertain me or felt surprisingly rushed, as if the show could not bother to really develop things.  Take for example And the Graves of Time.

Here, we were introduced to a potentially great villain, Rasputin, but he ended up dispatched rather quickly.  I figure that it was due to a lot of time being taken up to show Nicole's evolution to the ultimate villainess, but I just thought not only was it a wasted opportunity with a potentially good villain in the style of a Prospero but for a great deal of it we didn't get any of the other Librarians. I was also bothered by things I thought were either not funny, such as crashing a memorial with a grieving family, or predictable, like who the actual villain turned out to be. This season was surprisingly bereft of joint adventures.  And the Graves of Time barely featured John Kim's Ezekiel Jones, Christian Kane's Jacob Stone or Lindy Booth's Cassandra Cillian. And the Hidden Sanctuary similarly left off almost all the Librarians, up to and including Noah Wyle's recurring Flynn Carsen and Rebecca Romijn's Guardian Eve Baird.  And the Hidden Sanctuary's focus on Cassandra made And a Town Called Feud, the following episode's lack of focus on her oddly logical but still a bit strange.

It isn't as if there could not be successful episodes that focused on one of the Librarians.  And the Christmas Thief gave more attention to Kim's Jones, but that episode managed to integrate the others while including the others.  It even allowed for Flynn and Eve to have an unofficial premarital 'honeymoon'.  And the Silver Screen, a nice love letter to films, was more Flynn/Eve-centered, but the other castmembers were still part and parcel of that story.

Come to think of it, there were quite a few episodes that dealt primarily with one character.  Again, you could have very good episodes with that idea: And Some Dude Named Jeff, more centered on John Larroquette's Jenkins, was a nice romp and reminiscent of earlier, zanier adventures. 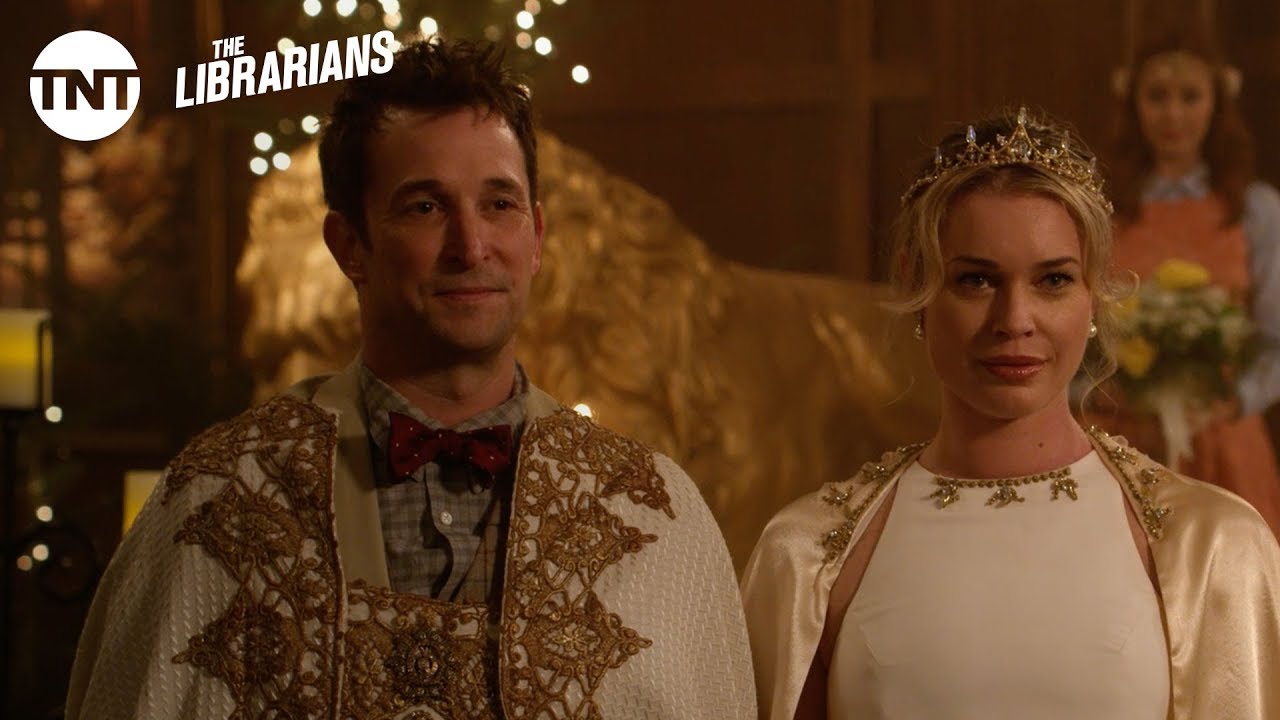 However, even before the cancellation news, I think The Librarians was having problems.  One was the Flynn issue.  Every year, Flynn kept taking off hither and yon, and this year was no exception, making the idea that he would be tethered to the Library highly ironic. As Wyle had committed to appearing on another series, keeping his character going in The Librarians was going to give us that same issue.

This season felt a bit disjointed, particularly with surprisingly gruesome episodes like And the Disenchanted Forest.  The Librarians was always a family show, but I don't know how children would have reacted to seeing Jacob Stone literally trapped inside a tree, making his Lorax act weird.  Then there was the temporary killing off of our formerly Immortal Jenkins.  Near the end, The Librarians became surprisingly dark and somber with that storyline, which disappointed me.

For me, the worst part which is a bit confusing to me is how it decided to resolve a lot of the cliffhangers, particularly Jenkins' death and return.  Essentially, Flynn manages to go back in time to get Nicole to be The Library's Guardian rather than The Librarian's. We then go back to where we were almost at the beginning, only this time only Flynn and Eve have any memory of all that happened before.  Stone, Jones, and Cassandra think nothing has changed, and Jenkins not only is still alive but has not given up his immortality. 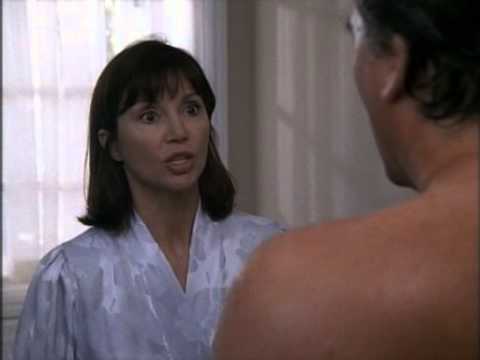 As such, to my mind, this happy ending gave me flashbacks to Dallas' notorious 'It Was All A Dream' Season.  Many Librarians fans are too young to know or remember when a whole season of the primetime soap opera was erased when it was discovered in the following season premiere that everything that had happened the year prior was a dream by one of the main characters.

I am astonished no one else has either commented on or wondered about how Season Four of The Librarians bears similarity to Dallas' infamous Ninth Season.

As a result of Flynn essentially fixing things via a Doctor Who-type 'timey-wimey', does that mean that all or some of the previous stories did not take place?  Certainly the opening episode, And the Dark Secret, did not take place since with Nicole now redeemed, she didn't have to try and hide the Alexandria Library cornerstones, thus not necessitating the search for them.

As a side note, that would remove what could have been a potentially good enemy, The Heretical Order of Shadows.

If Nicole now in the past worked to be a Protectress of The Library, she wouldn't have run the risk of dying and thus Jenkins would not have had to have given up his own Immortality to save her, so out goes And the Graves of Time.  With Jenkins' Immortality gone, are we therefore going to lose And Some Dude Named Jeff, which was for me the best Season Four episode (or at least the one I liked the best)?  I figure the last two episodes are now all for naught.

As a season/series finale, And the Echoes of Memory was pretty good, and now the last sight of our long-thwarted lovebirds Flynn and Eve, about to be joined together with the Library for eternity is a nice way to go out.  However, Season Four to me was the weakest, and while now we will have no Season Five it is on a weak note that The Librarians ends.

Next: The Librarians: The Conclusions
Posted by Rick at 2:35 AM