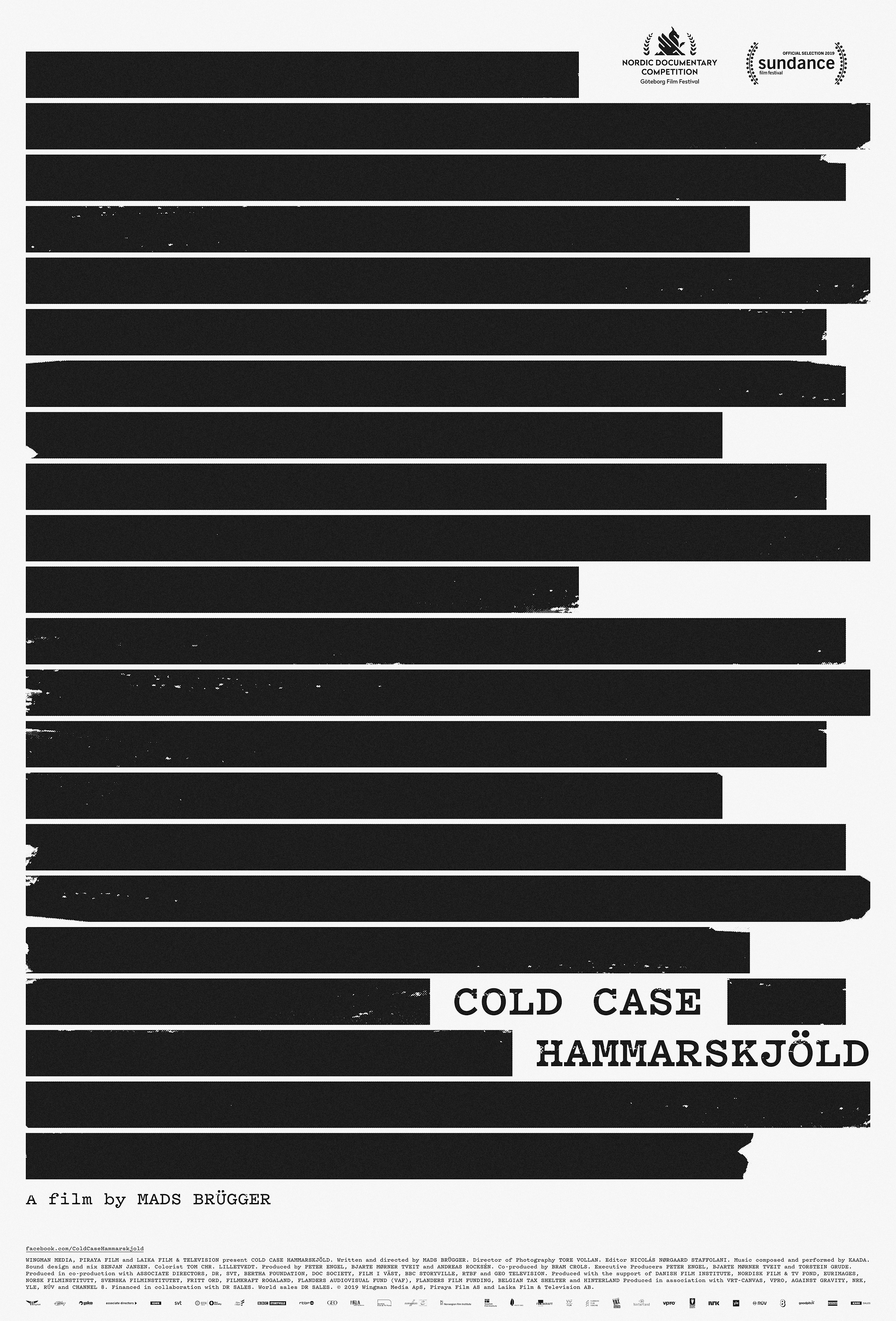 The name 'Dag Hammarskjold' is a surprisingly obscure one given he was a major player in international politics. It's highly unlikely most people now would have heard the name 'Dag Hammarskjold', let alone know how to pronounce it ('Daag Hammer-schold' is as close to a phonetic pronunciation I can get). The documentary Cold Case Hammarskjold does not make a case that the Secretary-General of the United Nations did not die in an accidental plane crash but was actually assassinated by a cabal of foreign governments, a mining company and South African white supremacists.

It does make a case that its director, Danish filmmaker Mads Brugger, is genuinely bonkers.

Less a straightforward documentary and more a rambling filmed essay with animation and some theatrics, Cold Case Hammarskjold says it is investigating the mysterious crash in the Congo that took Hammarskjold's life on September 18, 1961. Working with Swedish investigative journalist Goran Bjorkdahl, Brugger travels throughout Africa looking for witnesses and evidence to verify that Hammarskjold was assassinated. This evidence is somewhat supported by what was uncovered both by the South African Truth and Reconciliation Commission and the United Nations own investigation.

Going through a prologue, fourteen chapters and an epilogue, Cold Case Hammarskjold seems to pretty much forget about Dag as it wanders off into more and more bizarre territory. We end up looking at a shadowy paramilitary group with the innocuous name of the "South African Institute of Maritime Research". SAIMR, headed by the shadowy and sinister "Dr." Keith Maxwell Annandale, had its members dress always fully in white, with secret labs from which they also not only planned but perpetrated a sinister plan to deliberately inject black Africans with HIV in a conspiracy to exterminate the black population. 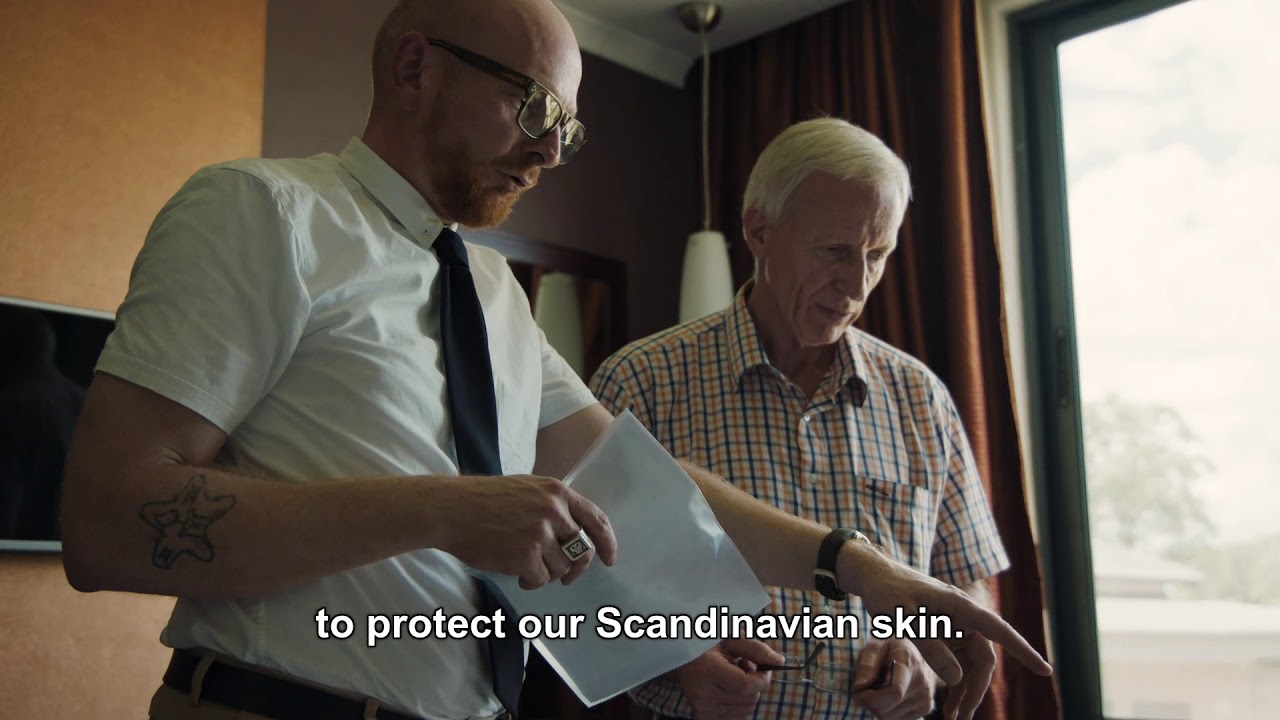 Circling back somehow to Hammarskjold's death, Cold Case Hammarskjold does not actually prove anything it presents, just wild speculation and a couple of Scandinavians doing some literal digging.

Looking like an older and slightly unhinged Moby with a Danish accent, Mads Brugger comes across as someone who is not taking any of this seriously and is just pretending to. Either that or he's a complete loon. Sometimes his lunacy takes on almost endearing manners, such as his pronunciation of 'maritime' as 'Mari-TEAM'. Sometimes though, his behavior and antics in Cold Case Hammarskjold come across as almost a parody. I genuinely expected to see Brugger look into the camera and tell us this whole thing was a joke and we were being punked. There are probably moments in the television comedy Documentary Now! that are more realistic and rational.

Perhaps the most oddball moment involving Brugger himself is when he presents a slightly perplexed Bjorkdahl with their digging equipment. He notes there are two pith helmets, "to protect our Scandinavian skin", he adds, then two cigars for when they find the buried wreckage. Bjorkdahl looks at Brugger and says in what I figure is either Swedish or Danish, "But I don't smoke".

It seems like others involved in this alleged plot are equally perplexed. Brugger and Bjorkdahl ambush Marion van Rissenghem, the widow of the pilot they suspect was the mysterious 'Lone Ranger' who shot down Hammarskjold's plane. She seems puzzled at first, but as soon as Brugger asks his first question, the Widow van Rissenghem all but throws her arms up in despair. "Not this Hammarskjold thing again!" she says before going back into her home. 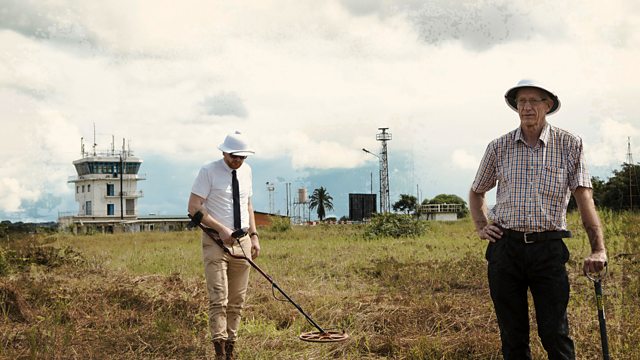 Judging by her reaction, Mrs. van Rissenghem appears to have been hounded by conspiracy theorists looking to her dead husband as a political assassin and finds them a hopeless nuisance. Another person they question about being part of SAIMR seems more confused than deceptive upon being presented evidence of his clandestine operatives.

Maxwell's widow over the telephone says that she thought her husband might have been bonkers, laying suspect his claims on SAIMR. The fact that Maxwell liked to dress up in Royal Navy garb to look like Lord Nelson does not help matters. Still pressing on, Brugger never bothers to wonder if Maxwell is less than a reliable source.

At the beginning of Cold Case Hammarskjold Brugger does mention that this is either the biggest murder mystery ever or the most idiotic conspiracy theory ever. Judging by his antics, the reaction of the two African secretaries he's hired to type out his dictation, and even some of the witnesses, Brugger makes the case for the latter. The look on secretaries Clarinah and Saphir as this very strange white man keeps talking says it all: they appear to think he's insane and are just humoring him to get out alive. 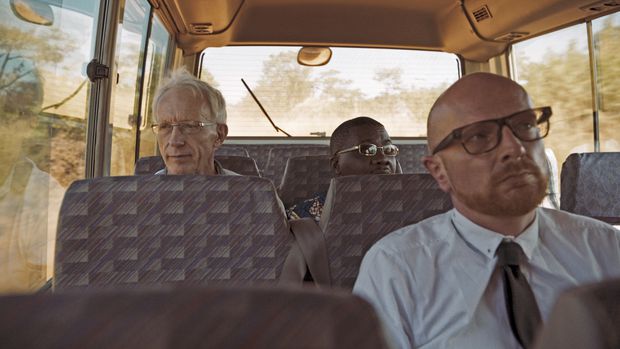 At some points, Brugger seems unaware of how bonkers he sounds. At other times, he seems perfectly content to look essentially idiotic in his efforts to be serious. He 'dresses up all in white' because that is how the villain, Dr. Maxwell, always dressed. How this helps establish anything about whatever Brugger is talking about he never bothers to answer.

The only way I could recommend Cold Case Hammarskjold, which at slightly over two hours is far too long for the case it is not making, is if you look at it as a spoof of investigative documentaries. If you decide to be interested more in style than in subject, Cold Case Hammarskjold can be a howler of a mockumentary.

Perhaps the name "Mads" is surprisingly appropriate for someone who comes across as almost endearingly insane.