At age 89 Clint Eastwood continues to showcase his mastery of filmmaking with Richard Jewell, the biopic on the Georgia security guard caught in the maelstrom of false accusations by a voracious press. The film itself got caught up in a maelstrom over how it portrayed other real-life figures, and those issues should not be ignored. However, as a film Richard Jewell has standout performances and an engaging story that leaves the viewer simultaneously horrified and mystified by the participants' reactions.

In 1986 Richard Jewell (Paul Walter Hauser) is an office clerk in a law office with dreams of joining law enforcement. One attorney, Watson Bryant (Sam Rockwell) takes a shine to the apparently simple Jewell. Ten years later, Jewell has been fired from his security guard job at a college owing to his over-enthusiasm for his job, but there's good news. The Olympic Games are coming to Atlanta, and Jewell has been employed as one of the thousands of security for the Games.

With the support of his mother Barbara better known as Bobbi (Kathy Bates), Jewell takes to his job like duck to water. His detailed manner, however, is at odds with the more lax attitude of his fellow private security guards and the Atlanta Police, who do not share Jewell's laser-like devotion. Jewell notices an unguarded backpack and following procedure insists on having the police come. Unbeknownst to them all, a bomb threat had been called for Centennial Park, and the APD find that Jewell had found a bomb that goes off.

Jewell is immediately hailed as a hero, reluctantly giving interviews and even offered a book deal. His concern over the book deal causes him to contact Bryant, now struggling in private practice. Soon, however, the FBI in particular Agents Shaw (Jon Hamm) and Bennett (Ian Gomez) zero in on Jewell himself being the Centennial Park bomber. They've convinced themselves that the unmarried still-living-with Mom portly white man with a law enforcement fixation fits the profile of 'the false hero'. Jewell's past is starting to catch up to him, as is the aggressive manner of Atlanta Journal-Constitution reporter Cathy Scruggs (Olivia Wilde).

Using her feminine wiles to pump information out of her old flame Shaw, Scruggs' scoop of the FBI investigating Jewell as the bomber turns Richard and Bobbi's life upside down. Hounded by the press and the FBI, Bryant now becomes his attorney to clear his name. Jewell does not help his case by insisting on 'cooperating' with the FBI in an odd idea that 'he is law enforcement too', seemingly oblivious to how much contempt both Shaw and Scruggs have for him.

Richard finally appear to wake up to the depths of the crisis. Scruggs too realizes too late that the heavyset Jewell could not have made the run from his post to the payphone calling in the bomb threat, but by now the FBI is seeking evidence to fit their case against Jewell versus seeking evidence on the bombing. It isn't until 88 days later that the FBI finally but begrudgingly admits defeat in linking Jewell to the bombing and six years later when they find the real bomber. 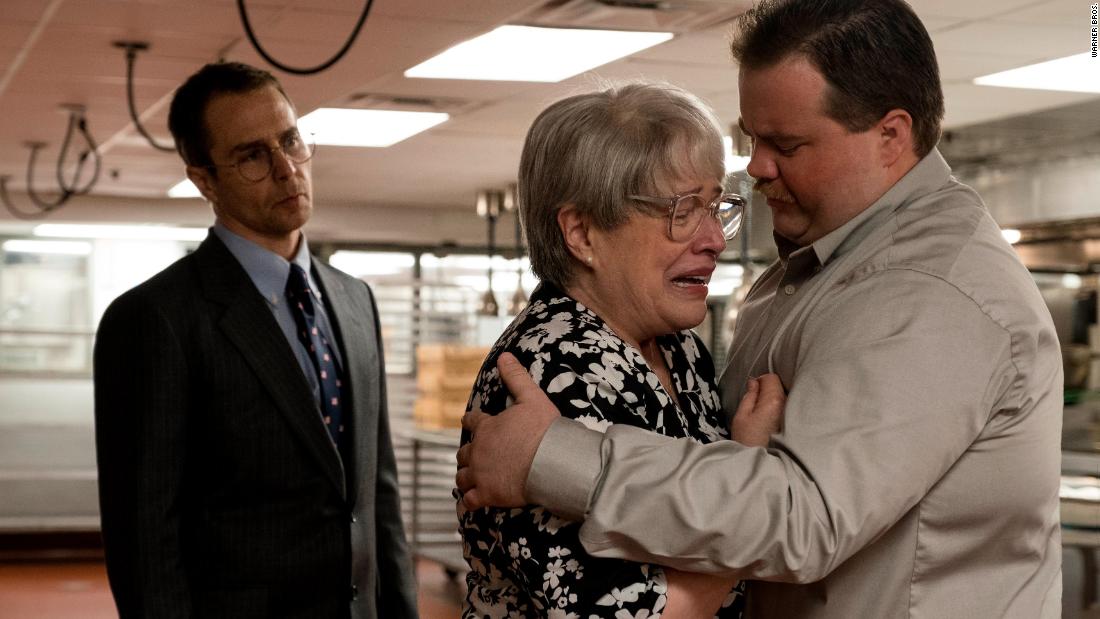 Richard Jewell has one of the best performances of the year in Paul Walter Hauser as Jewell. As played by Hauser, Jewell is a straightforward, decent man whose major flaw is his excessive zeal for his job. His slow Southern drawl and almost simple manner suggest a man who may come across as dim, but Hauser is never cartoonish or makes Jewell look like an imbecile. Instead, Hauser makes Jewell into someone far too honest and thorough, one who wants to help but is sadly oblivious to how his actions end up hurting him.

As the FBI search his house he holds onto perhaps a naive idea that they are on the same team. "I'm law enforcement too," he tells Shaw and Bennett, and the fact that he is absolutely convinced of this despite the FBI's mixture of arrogance and persecution leaves one both frustrated and desperate for him. Jewell is not a dumb man: when Bryant is shocked at the number of firearms he possesses, Jewell matter-of-factually replies, "This IS Georgia", puzzled that anyone would think someone having many guns in their home would suggest a domestic terrorist.

Hauser, however, has a realization at the end that he is seen as a suspect not due to any evidence against him but because of who he is: middle-aged, single, white, male. As he fits a stereotype the press and the FBI hold to be essentially beneath them, they believe he is guilty merely by being himself. When he finally and painfully confronts Shaw's interrogation, we see a man crushing his almost hero-worship of the FBI. Billy Ray's screenplay does allow a moment of lightness when Jewell insists on pointing out that despite the FBI's suggestion he is not a homosexual, let alone had any "boyfriend" as an accomplice. 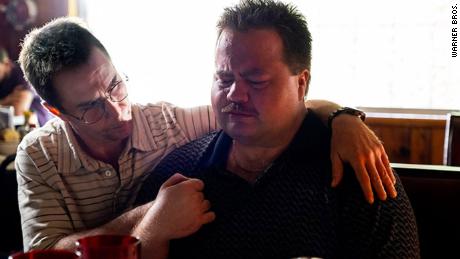 On the whole though, Paul Walter Hauser's performance is authentic, sincere and immersive. Sam Rockwell too as the fiery and more rational Watson Bryant excels, his mix of fire and fury with the exasperation Jewell causes him showcasing a man passionate to help someone who keeps making messes. It's a curious thing that Richard Jewell has been portrayed as some right-wing screed because to me the film is more liberal to libertarian than conservative.

We see that Bryant has a slogan in his office: "I fear the government more than I fear terrorism". Bryant is nowhere near a conservative figure, and I think his motives in fighting the FBI, apart from knowing Jewell's true nature, is the knowledge that the government is using its full force to railroad an innocent man for something they know he didn't do. As Bryant's Girl Friday and eventual wife, the Russian immigrant Nadya (Nina Arianda) tells him when he reads the newspaper, "In my country, when government says you're guilty you know they're innocent".

Kathy Bates equally does excellent work as Bobbi, another victim of the press and FBI's determination to pin the crime on her son. When, via archival footage, she sees Tom Brokaw (whom she fancies) report as fact that the FBI has enough evidence to indict and just need enough evidence to convict, she says almost to herself, "Why would Tom Brokaw say those things about you?". The disbelief and genuine pain of hearing a man she trusted unequivocally call her son a terrorist all but breaks your heart, as her tearful press conference where she begs then-President Clinton for help in clearing Jewell's name.

Controversy has erupted over Wilde's portrayal of Kathy Scruggs, the Journal-Constitution reporter who died in 2001, as a sex-crazed harpy. While the film's theme of how to the press a scoop is more important than the truth is important, there is some merit to the negative reaction over Scruggs' portrayal, more so given she is not alive to defend herself. That being said, Scruggs does have something of a redemptive moment when she realizes Jewell was incapable of committing the bombing but could not dissuade her former lover Shaw's idea of his guilt. Her tearful reaction at Bobbi's press conference is as close as the film gets to giving her a moment of humanity and regret.

This element could have been toned down in retrospect.

Richard Jewell is a showcase to Eastwood's skills as a director, not just in the performances he draws from his cast but in how the film moves. The Centennial Park bombing is shocking but not graphic, and he captures the frenzy of the press hounding of Jewell almost in a cinema-verite manner.

Richard Jewell is a thoughtful film on how the press and the government can wield its enormous influence and power to go after small targets. A portrait of a man too guileless and trusting for his own good, it moves the viewer to realize that in the wrong hands a false charge and wild speculation can be just as dangerous as a literal bomb, if not as deadly.