I have long held that a Part 3 of any film series will be either a disaster or a harbinger of a greater disaster. The Toy Story franchise mercifully has proven me wrong. Toy Story 3 was a beautiful film, and Toy Story 4 is, well, pleasant. That is not to say that I thought Toy Story 4 was the equal to the previous Toy Story films. It was moving at the end but something about it just didn't sit well with me.

Woody (Tom Hanks) feels consistently left out because Bonnie, his newest child, does not play with him as often as she does the others ranging from cowgirl Jessie (Joan Cusack) to Buzz Lightyear (Tim Allen). However, still with the belief that he is there for his child, Woody goes rogue in sneaking into Bonnie's backpack despite the objections of Dolly (Bonnie Hunt), the unofficial leader of Bonnie's toys.

To cope with her separation anxiety in kindergarten, Bonnie creates a figure out of a spork that she names "Forky" (Tony Hale). Forky does not see himself as a toy but as trash and keeps trying to throw himself into the trash, with Woody forever rescuing him and try to convince him he is not trash but a toy. Forky's existentialist crisis reaches a fever pitch when he manages to throw himself out of the family's RV, with Woody going right after.

From here, circumstances have Woody and Forky going to an antique shop where they deal with the semi-villainous Gabby Gabby (Christina Hendricks), who has designs on Woody's voice box to replace her broken one. She and her minion ventriloquist dolls cause them havoc. Woody's only comfort is in reuniting with Bo Peep (Annie Potts), the porcelain figure he knew, loved and lost.

Bo is now a lost toy, but she's happy in her new life and is a toy rescuer. Somewhat reluctantly, she agrees to help Woody rescue Forky. Buzz mounts his own rescue efforts, which land him with Ducky (Keegan-Michael Key) and Bunny (Jordan Peele). They too end up joining Bo, Woody and Canadian daredevil Duke Caboom (Keanu Reeves) to make a daring rescue and fight Gabby Gabby. Ultimately though, we see that even semi-villains cry and can find their own way to be loved. That too goes with Woody, who learns to let go and seek out a new purpose.

Toy Story 4 is quite beautiful in terms of animation. More than once I found myself writing "beautiful animation", though for some reason the humans did look a bit off to me. As I think on Toy Story 4, I find myself surprised at how dark it is. You have Woody willingly surrender his voice box, a lost child, and a toy perpetually attempting to commit suicide.

Moreover, I found that Toy Story 4 left a lot of the actual toys on the sidelines. It felt as if most of the toys were observers rather than participants. I can understand that given that Forky was at the forefront of the film, but the film just felt a little disjointed to me. 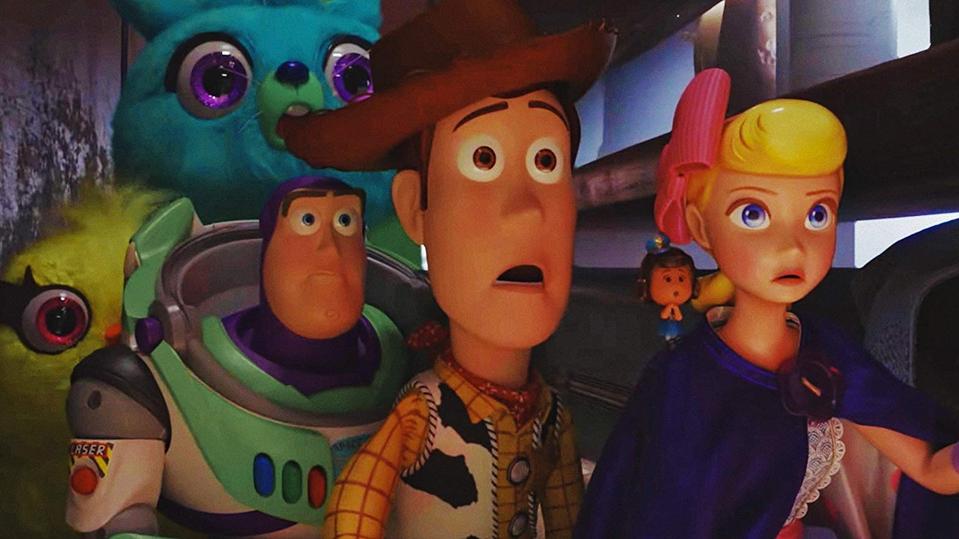 Gabby Gabby was perhaps the most sympathetic villain the series has given us, and while it's nice to avoid a Stinky Pete/Lotso-type situation where the villain appears nice to start, I could not shake the idea that Toy Story 4 never really developed her.

I also wonder why Woody would opt to be a lost toy. I know it was to find a new purpose after Bonnie essentially tossed him aside, usually making Jessie the sheriff, but it just seemed to out-of-character for Woody to opt out of being someone's toy. From what I can remember, his whole raison d'etre was to be someone's toy, but now he chooses Bo over Bonnie or even a chance to be someone's toy. There may be reason, they may be logical, but something just did not feel right to me.

It's strange that even while I think many of the toys were sidelined, conversely they had far more interaction with humans than I've ever seen before, particularly when attempting to rescue Woody.

I wasn't won over by most of the new characters. Forky did grow on me a little, but his perpetual crises of existence started growing on my nerves. I felt Ducky and Bunny were meant to be a wisecracking duo but they came across as annoying, particularly when we had a montage of what they would do to get the cabinet key. I will admit I enjoyed Duke Caboom, his mix of fear and confidence along with his Canadian pride showing a nice comic side.

I am surprised that Randy Newman's score is not on the Oscar shortlist given how beautiful it was. It's curious that while I Can't Let You Throw Yourself Away is the 'big' song, I found The Ballad of the Lonesome Cowboy better.

Toy Story 4 is good, quite good, with some beautiful animation and touching farewells all around. I just could not embrace it as I have the three previous films.