The 1994 remake of Little Women has a few unique features: it is the first film adaptation of Louisa May Alcott's celebrated novel to be produced, written and directed by a woman. It is also the first time where two actresses have played one of the March sisters. This version, made twenty fives after the last cinematic take on Alcott's novel, is probably the best known to the general public as it is the most recent. Little Women has a greater focus on the status of women in this time period, but it still keeps to the warmth and love this story is long associated with.

As the Civil War rages on, Concord is still quite quiet. The four March sisters do pray their father does return safe, but for now the formerly wealthy family soldiers on. Meg (Trini Alvarado), the oldest, looks aghast sometimes at her more boisterous and outspoken sister Jo (Winona Ryder). Jo is a fierce intellect with dreams of being a writer. Their younger sister Beth (Claire Danes) is a soft, quiet figure, while the youngest Amy (Kirsten Dunst as a child, Samantha Mathis as an adult) would like the finer things in life.

Watched over by their strong and loving mother, lovingly called Marmee (Susan Sarandon), they keep watch over each other and those nearby. Among those nearby is Theodore Laurence, nicknamed both "Timmy" and "Laurie" (Christian Bale), their wealthy neighbor essentially exiled within the Laurence home. Laurie and Jo become friends, and soon Meg catches the eye of Laurie's tutor John Brooke (Eric Stoltz). There are fires and fights, love and loss within the March home as they navigate through life.

With Meg and John now married and Beth weak from her bout with scarlet fever, Jo feels adrift, especially after turning down Laurie's marriage proposal. Encouraged by Marmee, she goes to New York City to pursue both employment and her literary career. Her disappointment in not going to Europe with their Great-Aunt March (Mary Wickes) is mitigated by Professor Bhaer (Gabriel Byrne), a German intellectual and they fall in love. Jo, however, still turns out potboilers for cash despite "Friedrich" advising she can do better.

More loss and joy comes to the Marches, until with now Laurie and Amy married, Meg with children and Beth having died, Jo channels her grief into her new work, "Little Women", and finds true love at last. 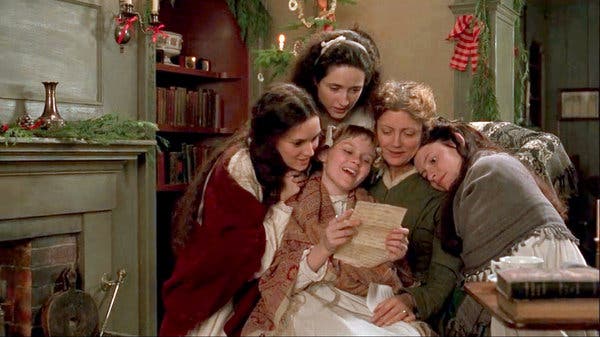 It is unfair to compare previous versions of Little Women while evaluating another version, but I could not help notice how different this version was to the two previous film adaptations in many ways: structure, characters, scenes. Those actual comparisons are for another time, but I do find it a bit hard not to have them populate the back of my mind.

Little Women does a fine job in portraying the differences between the March sisters. It gives a great emphasis on Jo as an intellectual versus just being a tomboy. Ryder, aided by director Gillian Anderson, puts a sharp focus on Jo's intelligence and artistic life. She is not so much rough-and-tumble as she is bright, articulate and starved for advancement on her own terms. Ryder gives an excellent and beautiful performance as Jo, one who is dearly attached to her sisters and has such a strong sense of equality she does not understand why her siblings would be horrified at having the male Laurie join in their theatricals. She is bright and witty, gentle and intelligent, a woman for all seasons.

This Jo is seen and heard in voiceover (curiously, another first in the adaptations) openly discussing her frustration at not being able to go to college because of her sex. She partakes in salons where she puts her own views on suffrage for the men to consider: women should get the vote not because they are 'more moral' than men but because they are citizens. Jo talks on transcendentalism with Bhaer, a mutual interest to them. 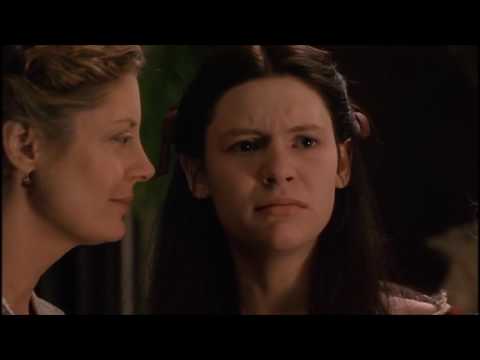 In short, this Jo is not so much flouting the conventions of society but pushing for equality in it. She is helped by Marmee, who herself mentions that she believes females should have as much physical exertion as men. Sarandon balances being strong and gentle as "Abigail" (Marmee's actual name, which to my mind is the first time I've heard it used in any adaptation). She is loving and warm, moving when she must see Beth at death's door, and graceful and elegant when comforting her 'little women'. I think it one of Sarandon's best performances.

Claire Danes and Trini Alvarado as the gentle Beth and more sophisticated but aware Meg also did fine work, balancing the humor with the heartache. Danes in particular had a quiet vulnerability as our doomed character. It's hard to get a hold on Amy as two actresses played the role, but it's a credit to all involved: Dunst, Mathis, Anderson and screenwriter Robin Swicord that it never felt like a complete jolt. It does look a bit peculiar that Laurie does not seem to age much while Amy shifts from tween to full woman, making his pledge to 'kiss her before she dies' almost predatory. 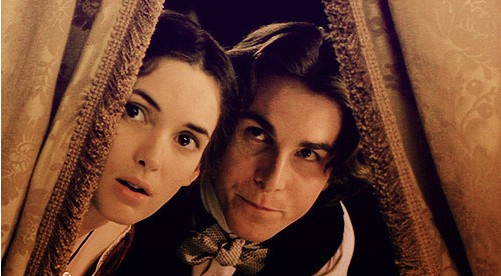 Bale's Laurie was quite gentle at the beginning, more wastrel later on. I could not shake the idea that this seemed a bit too much to believe Jo's rejection would so devastate Laurie he'd turn into a near-drunk playboy, but on the whole he did well in the role. Less so was Byrne, whose German accent sounded like an Irishman trying out his Bela Lugosi impression. About twenty years older than Ryder, Byrne seemed too soft-spoken as Bhaer, with none of the fire within to spark her intellectual or physical fire.

One aspect I don't think worked was with Aunt March. Mary Wickes in a very small role was delightful, but therein lies the trouble. She seemed too gentle and soft to play the Aunt March as I understood her to be: a bit gruff and tyrannical but not without some heart. Despite Jo's protests the Aunt March as played by Wickes doesn't seem the type to turn down an offer to help Marmee get to Washington. I also found that some of the elements did not fully work for me, such as whatever connection Beth and Mr. Laurence (John Neville) had with the piano.

Little Women also benefits from Thomas Newman's beautiful score, which earned the film one of its three Academy Award nominations, along with Colleen Atwood's costume designs.

Little Women is a sharp, beautiful and elegant film. It's curious that a lot of Little Women differs from my memories of past Little Women, but change is inevitable. With wonderful performances from the cast, in particular Ryder and Sarandon, this Little Women will charm, delight and inspire generations of little women to pursue their dreams while not forgetting that the familial bonds are where we should draw our strength.