The Alphabet Murders: A Review 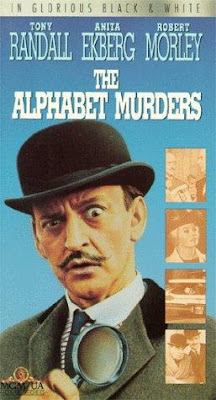 MGM, having had great success with the Miss Marple series, decided to take Agatha Christie's other detective and give him the comedic touch. The Alphabet Murders is a bungled fiasco that put the kibosh on more Hercule Poirot comedy films.

The great Belgian detective Hercule Poirot (Tony Randall) is stalked by many people. One is a mysterious femme fatale-like figure known only as ABC later identified as Amanda Beatrice Cross (Anita Ekberg). The other is bumbling spy Captain Hastings (Robert Morley). Both draw Poirot into investigating a series of murders where the victims each have the same initials (A.A., B.B. and so forth).

Who could be behind these series of murders? What role if any does ABC herself have? Is she really bipolar as her former psychiatrist Duncan Dorchester (Guy Rolfe) says? What about her jealous married boyfriend? There's a red herring in all this, and Poirot finds the surprising conclusion to these nefarious crimes. 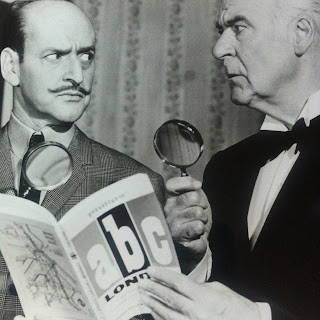 The Alphabet Murders, based on Christie's The ABC Murders, is the rare case when a studio expected the same results by swapping a man for a woman in pretty much the same role. The Margaret Rutherford Miss Marple films may have strayed far from Christie's original stories, but they had their own charm thanks to Rutherford. Whatever the flaws in them, they never made Miss Marple look like a total doofus.

The Alphabet Murders, conversely, painted Poirot as a near-total idiot who just blustered his way around things. He as played by Randall is too much of a dolt to take serious as a protagonist. This is not laying the failure on Randall alone. I think he played the part as written: Poirot as nincompoop. However, by making Poirot into such a buffoon you wondered why anyone would think he could solve a series of murders as allegedly baffling as these.

His odd accent of unknown origin, his insanely grotesque nose (or rather beak), his strutting all turned Hercule Poirot into a foolish clown. Foolish clowns don't solve murders. It was a poor decision to lean in too much on comedy, and again it goes back to the Miss Marple films. They were amusing in the wordplay and some of the situations, but they never made Miss Marple herself or some of those around her into barely functioning figures. The Alphabet Murders, however, failed to learn those lessons and paid dearly.

There was a greater focus on sight gags than plot, which made The Alphabet Murders cringe-watching. You cannot take seriously a film whose brilliant detective not only goes bowling but almost skips across the bowling lanes. Again, I cannot fault Randall completely, and I say "completely" because he must have known that he was making his character too silly for all this. The fault mostly lies with director Frank Tashlin and screenwriters David Pursall and Jack Seddon. 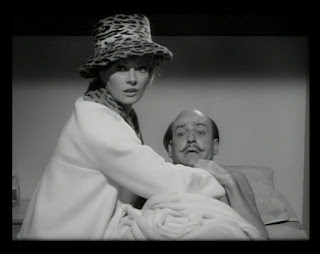 The former decided to make some sight gags too obvious: a steam room scene is shot in such a way to make it look like Poirot and Hastings are saying what the other is. The end result is not funny or clever but cringey.

The latter mishandles what could have been a good plot with too many bad puns and situations. At one point, Poirot proudly proclaims to Hastings that a failed assassination attempt included finding a black widow in his bed.

"Black widow in his bed? I don't know why he should object to that unless she wasn't very..." Hastings responds to himself. GROAN.

Later on, Poirot and a victim's boyfriend have a discussion while his wife is loudly snoring between them. Attempting to carry on a conversation as the Missus is sawing wood may have read funny on the page. It did not play funny on screen.

Moreover, a lot of The Alphabet Murders does not make any sense or offer a chance to find the motive. Is Cross' split personality real or a front? We get information about her that one could not have known or even deduced, instead just coming out of thin air. We do not get any information as to the motive until near the end, and that too seems to come out of nowhere. It is a jumbled mess trying to get things going. 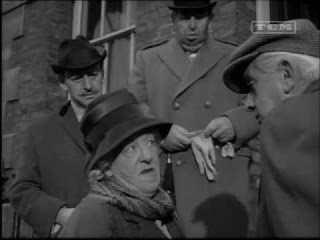 If anything, The Alphabet Murders is best remembered as the only time that Hercule Poirot and Miss Marple ever crossed paths. Agatha Christie rejected the suggestion that they meet, let alone work together. She observed that Hercule Poirot, the complete egoist, would not like being told his business by an old busybody spinster. Here, we have Rutherford making a cameo appearance where she says that the solution is ABC to anyone with half a brain.

This briefest of scenes shows Christie was right. Rutherford's Marple shows up Randall's Poirot, diminishing him further into the blundering, blustering idiot The Alphabet Murders painted him as. It shows that each character works best in his/her own world.

The Alphabet Murders was mercifully the debut and farewell to the Tony Randall as Hercule Poirot comedy film series. While at times Poirot has been more lighthearted than Dame Agatha intended (such as in the Peter Ustinov films), he was restored to a more serious figure with the Albert Finney, Kenneth Branagh and especially David Suchet interpretations. Randall delivered the performance asked of him, and for that I cannot fault him.

I can fault The Alphabet Murders for taking a good character and plot and making the worse thing possible: an unfunny comedy and idiotic murder mystery.