Him Whom Oscar Slaps...

The 43rd Academy Awards had a score of controversy thanks to curmudgeonly George C. Scott.  Scott had denounced the Academy Awards ever since he lost in his first nomination for Supporting Actor in Anatomy of a Murder.  Nominated the next year for The Hustler, he firmly refused the nomination but no worries: he lost.  Now, with his titanic performance in Patton, it was all but certain he'd win.  Yet, stubborn as always, he again flatly refused the nomination, deriding the whole thing as a "GD meat parade".  Despite this, Scott was voted the Best Actor by the Academy, refusal or no refusal.  If memory serves correct, the Oscar that Scott rejected still sits, uncollected, at the Academy archives.

It seems almost fitting that Scott would reject his Oscar.  He metaphorically slapped the Academy the same way General Patton slapped the shell-shocked soldier, a moment so scandalous that the U.S. was in an uproar when they heard about it, and the once-beloved war hero was forever tainted by this one act.

One person who wasn't going to slap Oscar was Helen Hayes, who became the first person to win Lead and Supporting Actress Oscars for her role in Airport.


Whistling Awa the Dark: Darling Lili
For All We Know: Lovers and Other Strangers
Till Love Touches Your Life: Madron
Pieces of Dreams: Pieces of Dreams
Thank You Very Much: Scrooge

Are they serious?  Till Love Touches Your Life?  Pieces of Dreams?  Why do I get the sense that while music was being radically altered in the late 1960s to early 70s, the Academy held firm in rewarding the squarest choices possible?  Not that For All We Know is some giant step forward: when The Carpenters are the ones singing, you can't say you're particularly avant-garde (and I do like The Carpenters myself).  Still, out of all the nominees For All We Know is a memorable song that people know (though they might not know that it came from a movie).  Out of all the nominees, Thank You Very Much is the only one that is actually worth anything, but I have to ultimately go for the one we can hum along to.

Despite that, I'm selecting the more adventurous song from the wildest film few people have seen.

Ev'ryone Wants to Be A Cat: The Aristocats
Whistling Away the Dark: Darling Lili
For All We Know: Lovers and Other Strangers
Come and Get It: The Magic Christian
Thank You Very Much: Scrooge

From The Magic Christian, Come and Get It, music and lyrics by Paul McCartney.

The Magic Christian, if memory serves correct, was about how people can be bought rather quickly and easily.  It has Yul Brynner singing Mad About the Boy...in drag! to Roman Polanski!  and Laurence Harvey reciting Hamlet's To Be or Not to Be soliloquy as he strips.  For All We Know...it's a pretty insane film, and the purpose of it all escapes me.  However, while not the best song I've heard, at least it's a damn sight better known than Pieces of Dreams or Till Love Touches Your Life.

I have no objection to Schaffner's win for the epic Patton.  It was never boring and moved quickly as we covered one aspect of the titanic General's life.  Having said that, I am leaning toward Altman's own war film, where unlike Schaffner's take with war being this grand thing, it was actually something of a dark comedy.  M*A*S*H is now one of the best-remembered war (or anti-war) films, less about Korea than it was about Vietnam.

I'm not going to bat for my choice of Rafelson, but I get the sense that he should have been nominated (particularly over the insipid Love Story, which has nothing to recommend it apart from its score).  Seaton gets points for keeping so many stories going together, and Friedkin for just bringing up homosexuality in a film without being opaque on the subject. A rarity in Oscar history: two actress nominated for the same film don't end up cancelling each other out.  It was thirty-eight years between Oscars for The First Lady of the American Theater as Helen Hayes' cutesy stowaway beat out her costar Stapleton.  If memory serves right, her character was spoofed in Airplane!, but I cannot be sure.  One thing I am sure is that Kellerman's Hot Lips Houlihan is still remembered, which is one reason I'm going with Kellerman.

So far, again, I see nothing to shift my original choice.

It's no surprise John Mills won. "Illness always wins", and what better way to show it than by playing mute?  Ryan's Daughter isn't held in particular esteem if I understand it, a kind of weak David Lean as his career peters out.  Maybe Chief Dan George is better, and maybe my unabashed love for Gene Hackman blinds me.  This is the rare time when I'm willing to say I am playing favorites, but come on...GENE HACKMAN!

Richard S. Castellano: Lovers and Other Strangers
Robert Duvall: M*A*S*H
Maurice Evans: Beneath Planet of the Apes
Cliff Gorman: The Boys in the Band
Gene Hackman: I Never Sang for My Father

Despite that, for the moment I'm going to lean towards Duvall's pompous and perhaps crazed Major Burns. Duvall has a way with officials who are slightly off-kilter.  He is also one of the best actors still working today.  Just like I advocate for a Kennedy Center Honor for Gene Hackman, I advocate one for Robert Duvall. 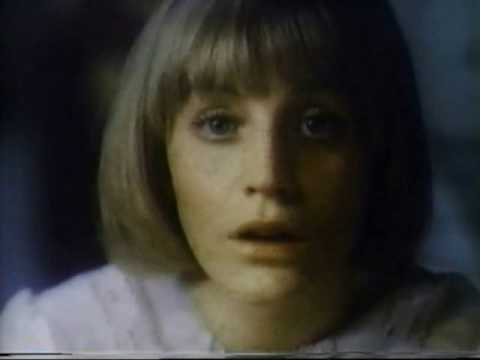 The only things I know about Glenda Jackson is that she's British and is a hardline-leftist Member of Parliament.  The fact that she's British I figure helped in her winning the Oscar, as so many in the Academy are convinced a native British accent equals great acting (Example Number 1: Eddie Redmayne).  For right now, I can dismiss McGraw's "love means never having to say you're sorry" performance (and for the record, love means ALWAYS having to say you're sorry).  I am leaning toward Snodgress' troubled woman in Diary of a Mad Housewife but again, not a final decision.

Again, I'm sticking with Snodgress for now.  I get the sense that Miles must have been like Ryan's Daughter...a bit dull. Is Snodgress' housewife mad as in crazy or mad as in angry?  I think she has reason to be both. The fact we have to acknowledge that Ryan O'Neal is an Oscar-nominated actor tells us that the Academy may not be the best judge of good performances.

Douglas, Jones, and Nicholson would each I figure have won in any other year, but Scott WAS Patton in few ways actors have embodied a character.  Yes, he may have turned the Oscar down, but that doesn't take away from the committed, almost unhinged general who was devout and deranged, who loved war and made no apologies for it.

To many, when people think of George S. Patton, they are picturing George C. Scott.  Scott's performance is wrong in at least one fashion: the real General Patton's voice was more patrician, not this gruff, violent guttural sound Scott gave the slap-happy war lord.  Still, we shouldn't look to films for accurate history.  Scott's portrayal of this complex figure: brilliant, arrogant, who could quote Scripture with sincerity yet also believe in reincarnation makes it one for the ages.

Patton is a brilliant film, yet at the same time such a product of its time.  We were in the final stages of Vietnam, a war that divided American (and still does) and which were on the verge of losing.  Yet here is Patton, madly cheering on the idea that "Americans have never lost AND WILL NEVER LOSE a war".  To some in 1970, Patton was a pro-American, pro-war film: one that reminded us of who we really were, fighters, unafraid, determined to stomp out all opposition to achieve victory.  To others in 1970, Patton was an anti-American, anti-war film: one that showed the arrogance and folly of following war-and-blood crazed old men into battle, getting us lost in antiquated ideas of what makes men "men" and the destruction unchecked war lords could unleash.

Despite the greatness of M*A*S*H, another Vietnam film in all but name, I name Patton the Best Film of 1969.

Again, Patton can be interpreted in any way: pro-or-anti America, pro-or-anti war, pro-or-anti Vietnam.  Divorced from whatever interpretation you want to give it, Patton as a film works exceptionally well as a biopic and as an entertaining film.