The 42 Academy Awards went all over the place, from the most traditional to the most shocking.  In one evening, the Academy gave its Best Actor Oscar to the most conservative person in Hollywood, and its Best Picture Oscar to an X-Rated film.  You can't get any more confused than that.  What a difference a year makes.

Last year, Oliver! became the first (and of today, only) G-rated film to win Best Picture.  Now, Midnight Cowboy became the first (and of today, only) X-rated film to win.  Let's put some things into perspective though.  It isn't as if the Academy decided that such films as Debbie Does Dallas or Deep Throat were suddenly in the same league as Casablanca or Schindler's List.  We are in the early stages of the ratings system, and the X rating did not have the connotation it has now.  The X was given due to the adult themes and the suggestion of homosexual acts (long before the concept of same-sex marriage was ever conceived).  The film, despite its subject matter of male prostitution, sex acts, and drug use, was later reclassified as R.  To be perfectly honest, given how open society is about sex in all (and I do mean all) its forms, I would probably make Midnight Cowboy PG-13.

This ceremony also included the lavish musical Hello, Dolly! (another film with an exclamation point), which to me represents the last gasps of a genre that was clearly falling out of favor.  When a musical loses to an X-rated film, you know the times, they are a'changing. You had the respectable biopic (Anne of the Thousand Days) and the 'rebellious' film (Butch Cassidy and the Sundance Kid).  You also had a very interesting situation with the last entry, Z.  It is the shortest film title to receive an Oscar nomination for Best Picture, and it was the first to receive both a Best Picture and Best Foreign Language Film nomination (winning in the latter).  There has yet to be a foreign language Best Picture winner.

Finally, none of the acting Oscars went to Best Picture nominees, an extremely rare occurrence.

Raindrops Keep Fallin' On My Head: Butch Cassidy and the Sundance Kid
What Are You Doing the Rest of Your Life?: The Happy Ending
Jean: The Prime of Miss Jean Brody
Come Saturday Morning: The Sterile Cuckoo
True Grit: True Grit

At least this is one time the Academy isn't embarrassed by the winner.  Raindrops Keep Fallin' On My Head is a pretty optimistic song despite the somewhat laidback melody.  It is, perhaps apart from Jean and perhaps True Grit, the only song people remember from this list.  One thing that is for certain is that Raindrops Keep Fallin' On My Head has entered the popular songbook, and there is probably a very small number that either don't know the song or can identify it from Butch Cassidy and the Sundance Kid.

Raindrops Keep Fallin' On My Head was an excellent choice, but my heart and mind tell me another song was worthier.

Raindrops Keep Fallin' On My Head: Butch Cassidy and the Sundance Kid
Ballad of Easy Rider: Easy Rider
Just Leave Everything to Me: Hello, Dolly!
We Have All the Time in the World: On Her Majesty's Secret Service
Jean: The Prime of Miss Jean Brody

From On Her Majesty's Secret Service, We Have All the Time in the World, music by John Barry, lyrics by Hal David.

For starters, I never understood the great love for Butch Cassidy and the Sundance Kid.  I don't think of it as a classic mainly because I found it a bit dull.  Despite that, I'm willing to give it a second look.  Right now I see it as a battle between the underside of Times Square and the underside of Greek politics.  As such, I'm leaning now towards Z.

That being said, I am a bit at a loss as to why The Wild Bunch was so ignored this year (only two nominations).  Part of me figures that it was the then-graphic violence that so shocked the staid Academy members who preferred the gentle nostalgia of Hello, Dolly!  However, Bonnie and Clyde was pretty violent for its time and it wasn't ignored in major categories.  Perhaps the members were already overwhelmed with the sexual nature of one film to deal with the violent nature of another.  Despite that, I think few people now would dispute the importance of The Wild Bunch. 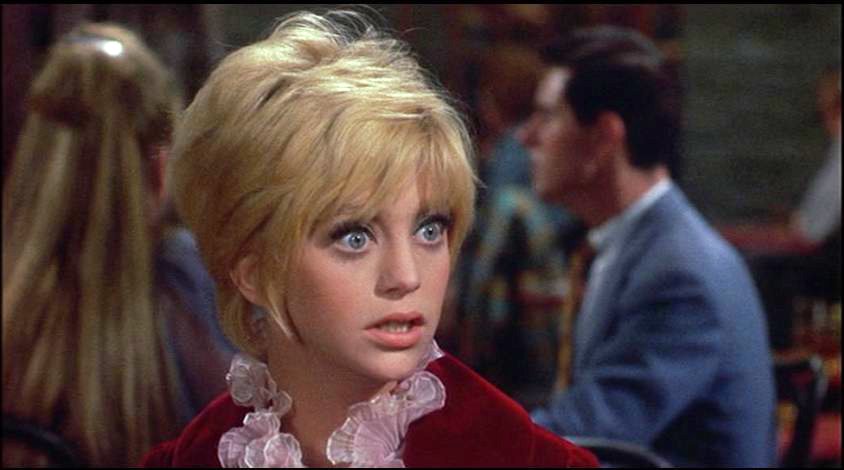 In case you didn't know or just forgot, Goldie Hawn is an Oscar winner.  That's right: THAT Goldie Hawn.  Laugh-In go-go dancing Goldie Hawn.  Giggling Goldie Hawn.  Overboard Goldie Hawn.  Perpetually ditzy/bubbly Goldie Hawn.  This is no slam against Hawn.  I can't say anything good or bad about her or Cactus Flower.  However, I had a bit of a process of elimination.  Miles is out: her what, five minutes screen-time isn't going to cut it for me.  As for the others, perhaps York could be a more sensible choice, but few people remember her or the film.  As a result, I had to rule with the Academy on this one. That being said, I'm going to go with Rigg's Countess in On Her Majesty's Secret Service, the best Bond film you've never seen.  She wasn't coquettish like other Bond Girls, but she was also not a prude.  Elegant, with perhaps a damaged heart, she manages what no other woman could do: tame 007, making her end all the more sad.

After a lifetime of pursuing fame and being known as a comedy actor, Gig Young took things to a dramatic turn as the sleazy Master of Ceremonies at a dance marathon in They Shoot Horses, Don't They?  Young had been nominated before, but this was the one that in his mind was going to get him in his own starring vehicles instead of playing second fiddle/banana.  That was not to be: despite his Oscar, Gig Young remained stubbornly second-tier.

The real tragedy of all that was that Young, an alcoholic, never achieved what he so desperately longed for: stardom.  Three weeks after marrying for the fourth time, the 64-year-old actor and his 31-year-old wife were found dead, the victims of an apparent murder-suicide, with Young as the trigger man.  The exact cause for this horror have never been discovered, and it makes the sordidness of the MC look tame.

A tragedy all around.

I get the sense that The Prime of Miss Jean Brodie is the anti-To Sir With Love, showing the dangers of the influence teachers can have on their students.  At the moment I really don't feel that there is much that the other performers can do to knock Smith off the winner's podium. I think Burton's now getting desperate, going for any Oscar-bait he can lay his hands on.  Wayne's Oscar I think was for Lifetime Achievement rather than for this one role, not that I'm begrudging him his win.  Once again we see how two actors nominated in the same category for the same film essentially cancel each other out.

Now, most people tend to go for Hoffman's Ratso Rizzo, and I'm not about to say his performance wasn't spectacular.  However, after seeing the film again I think it is Voight's Joe Buck that is the better performance.  Voight makes Buck's mixture of innocence and ego almost sympathetic and sad, his delusions of his sexual prowess and desirability crushed by the desperation of turning tricks with men and his haunted past with his girlfriend and grandmother back home in Texas.  His evolution into being a real person and not the caricature he imagined himself to be is as heartbreaking as Ratso's decline.

However, when I think how good guy Henry Fonda became this frightening figure of evil in Once Upon a Time in the West, I have to go with him.  The coldness in his eyes, the ruthlessness of how easily he kills, even the most defenseless, without remorse or shame, it's I think his greatest performance ever.  Tom Joad was a good man.  Mr. Roberts was a good man. Frank isn't, and even now, I get the chills when I think of him in Once Upon a Time in the West.

According to his son Peter, even Henry was freaked out by the intensity of his performance, which is why he played villains so rarely. 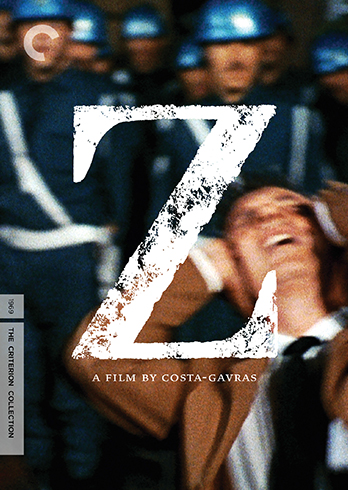 That leaves me with one choice, and thus, I name Z the Best Picture of 1969. I still contend though that there were other, better films that year (sorry, Dolly).  Easy Rider is held as another revolutionary film, though again I wasn't a big fan of it.  I think On Her Majesty's Secret Service is one of the best James Bond films brought down by George Lazenby.  However, as I look over the year, the violence and horror of The Wild Bunch works on so many levels: both as the story its telling and as allegory about American intervention and violence in Vietnam.