Let Them Eat Pie was a two-story Gotham episode.  There was the main story of Professor Pyg's most nefarious and oddly camp scheme.  The minor story was Bruce Wayne's continuing slide into decadence and self-indulgence.  There is so much to recognize in Let Them Eat Pie that I though quite well of.

So why then am I giving this a pretty negative review?

Professor Pyg (Michael Serveris) is pretty much done with focusing on the corrupt cops on the Gotham City Police Department.  He now has his sights set on the elites, those who are causing the rot in the GCPD.  The bad professor is going all Occupy Wall Street now, with his plan involving him dressing up as Father Guido Sarducci with a slight Yiddish accent and finding homeless people.

The homeless, once their bodies are found, are missing organs.  Why would Professor Pyg target the homeless, let alone take their organs?

Captain James Gordon (Ben McKenzie) is still furiously tracking down Professor Pyg, and he comes close to capturing him, but Pyg manages to take Gordon's partner, Harper (Kelcy Griffin) hostage.  Eventually, Gordon figures out Pyg's plan thanks to the clues he's left: he will literally feed the homeless to the elites of Gotham, seeing as how they have been metaphorically living off the poor for decades.

At the top of Pyg's hit list are Oswald Cobblepot aka The Penguin (Robin Lord Taylor) and his only friend, Sofia Falcone (Crystal Reed).  Sofia is hosting a private fundraiser for her orphanage, and despite Pengy's suspicions that she is the one that elevated Gordon to Captain, he eventually agrees to go.  It looks like despite himself he has bonded with Martin (Christopher Convery), one of the orphans he sees as a kindred spirit.

Pyg takes the diners hostage and presents them with their Meat Pies, along with a photograph of the people behind the pies.  He tells them to eat the poor, or the kid gets it.  When Sofia objects, Pyg stabs her in the hand.  When one of the elite says to let the kid die, an enraged Pengy stabs him in the head, then he starts eating the pie.

Pyg, already drawing way too much inspiration from Sweeny Todd: The Demon Barber of Fleet Street, decides to go all-in on his oddball celebration of musical theater by doing his own version of Cell Block Tango from Chicago: the Meat Pie Tango.

Like anyone other than maybe Penguin would know what Pyg was referencing.

Gordon manages to storm the dinner, though Penguin tries to stop him shooting.  "He'll kill the kid!" Pengy screams in terror before Gordon pushes him away, with Penguin rescuing Martin.  The major fight has Gordon finally capturing Professor Pyg, but Penguin still knows Sofia is up to something.

With Bruce Wayne (David Mazouz) still slipping into being a drunk buffoon, Alfred (Sean Pertwee) tries to set him straight, but Bruce will not hear of it.  Their annual outing to remember Thomas Wayne ends with Bruce leaving Alfred in the forest while he runs off in the car.  An angry Alfred tries to get Bruce to see the error of his ways, but Bruce pulls rank.

As I reflect more on Let Them Eat Pie, I am struck at how wildly camp Pyg became.  It's not many psychopathic killers who look to Broadway for inspiration, and there seems to be something really wild, if not bonkers, about having a man with the head of a pig break out into a little Kander & Ebb, complete with dance routine.

It's already bad enough that we got this rather grotesque idea of killing the homeless, who to my mind did not deserve such a cruel end.  However, I simply cannot go along with the idea of cannibalism.  Maybe the reason Pengy did it was because he already had done it: he had performed the same stunt Pyg did when he forced his stepmother to literally eat her son and daughter.  In Into the Woods, at least we got the hope that Penguin hadn't actually cooked his stepbrother & stepsister, but in Let Them Eat Pie, there wasn't much doubt.

I think because I didn't accept the actual cannibalism in Into the Woods, perhaps my repulsion of Let Them Eat Pie was more intense.  Also, earlier we got glimpses of pigs eating a human.   All of it somehow was far more than I could accept or tolerate, and think this time Gotham went way too far.  The whole thing struck me as hideous.

It's a pity since so much of Let Them Eat Pie worked so well.  The fight between Pyg and Gordon was exceptionally well-done, tense and exciting.  Cerveris was camp but it seemed appropriate (except for the Father Guido Sarducci bit, which was just weird, even for Gotham).  We continue to see that the acting is top-notch, particularly with Robin Lord Taylor and David Mazouz.

The former showed a surprising tender, gentle side, a touch of heart and humanity when it comes to Martin.  The rage when someone suggests Martin should be killed, the terror of putting his life at risk: it looks like despite himself Pengy has the capacity to love.  Seeing him try and turn Martin into a Mini-Me (Mini-Pengy) is both cute and touching.

Whether this extends to any romantic feelings for Sofia remains to be seen, but given he essentially came out of the closet to go after the not-seen Edward Nygma, it would be highly bizarre.

With regards Mazouz, his journey into self-indulgent anger continues to showcase how much he's grown: the mix of anger, hurt and regret coming across clear.

There wasn't a bad performance, which shows Gotham to be a good show.  However, the cannibalism was just too much to take.  Perhaps in the course of time I will modify my views, but the cannibalism thing so disgusted me that the reaction is still too strong for me to mark this episode higher. 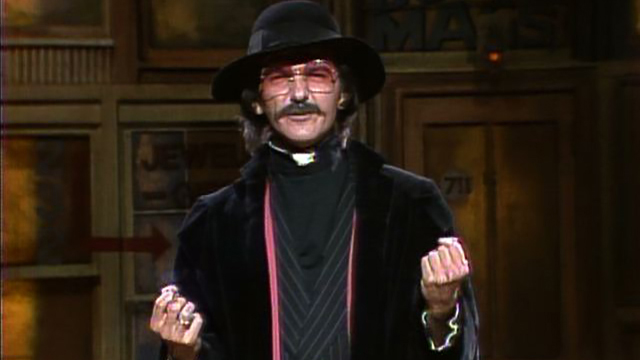 Next Episode: Things That Go Boom
Posted by Rick at 6:08 AM