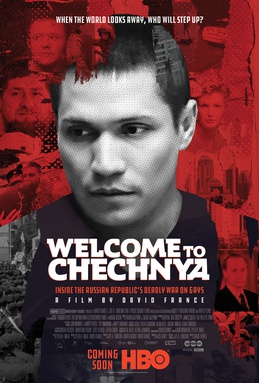 The lesbian, gay, bisexual, transgender and questioning communities (LGBTQ) have faced many trials and tribulations throughout history, but Welcome to Chechnya is a strong reminder that in some parts of the world, said trials and tribulations continue. Going beyond the standards of most documentaries by employing modern technology, we simultaneously see the most revealing and hidden portrait of true homophobia.

Welcome to Chechnya chronicles the work of the Russian LGBT Network that helps persecuted Chechens who face arrest, torture and death who are unmasked for their sexual orientation as well as the gay refugees fleeing persecution. From safe houses to tense-filled escapes, the film does not shy away from the difficulties LGBTQ men and women face in this Muslim-majority state.

Chechnya's erratic leader, Ramzan Kadyrov, is essentially given a free hand by Russian President Vladimir Putin to do as he sees fit so long as he does not go against Moscow. While it is more than likely Putin himself is homophobic, Kadyrov's homophobia goes to extreme levels. Harassment is the mildest form of punishment for anyone suspected of being homosexual. The jails are filled with people tortured and sexually assaulted for their sexual orientation; one particularly chilling albeit brief section is footage of police raping a suspected gay man, mocking him. Another video cuts off before a lesbian has her head crushed by a large stone by a male family member.

Welcome to Chechnya features interviews with those who work at the Russian LGBT Network as well as with the sexual refugees, but instead of blurring their faces it uses modern technology to essentially give them new faces and voices to superimpose over their actual visages. The technology works remarkably well: rarely does the viewer suspect that these might not be real faces if not for a slight haze at times. It is only when the man known as "Grisha" is finally revealed as Maxim Lapunov that we see how well the technology works. In a digital unmasking, we see him transformed from the man we've seen into what he actually looks like. 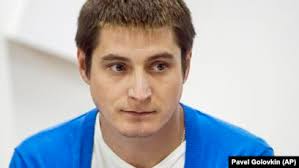 It's a surprising, almost amazing moment, as the viewer had probably accepted that "Grisha" looked in real life as he does in Welcome to Chechnya. The moment in director David France's documentary is handled well: no dramatic music or elaborate moment. Instead, it's almost a quiet moment, reflecting Lapunov's fear and hesitancy in telling his story.

As a side note, while its use in Welcome to Chechnya is for the good, the ability to alter faces so well may be a worrisome ability if used for nefarious acts, but that is a conversation for another time.

Lapunov is a courageous man, willing to speak out against such a violent government. He is also unique in that he is not ethnically Chechen but Russian. As such, his revelations had the negative effect of putting his family in danger too, but also allows him to pursue a form of justice in the Russian courts versus facing certain dismissal in Chechnya. It is disheartening though not surprising to see Lapunov's Russian case be equally and quickly dismissed.

Welcome to Chechnya does an excellent job balancing the refugee stories along with how the situation came to be so dire. There are many disturbing moments, such a suicide attempt at the safe house where it has to be handled in-house. There's also the distressing news of "Anya", who fled rather than submit to her uncle's sexual demands in exchange for his silence. Late in the film we see she has herself run away from her safe house due to the stress of forced enclosure. 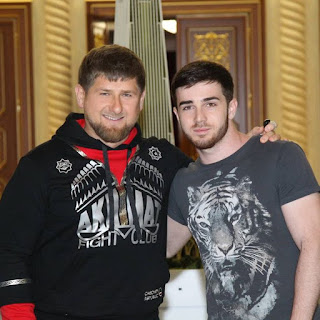 Other moments are chilling and bizarre. Kadyrov, when asked about popular Chechen pop singer Zelim Bakaev's disappearance due to his suspected homosexuality, first stumbles over Bakaev's name as if unaware who he is, then laughs when remarking how the world was lecturing and threatening him about the still-unsolved disappearance. Bakaev, a man so handsome even the lesbians appear to find him attractive, is perhaps the most high-profile case of the Chechen gay purge, but the other victims who speak out in the film are understandably depressed but also puzzled.

One remarks his experiences with Chechens was quite positive, finding them very kind people, making their equally rampant homophobia slightly irrational. I say "slightly" due to the the idea that a mix of culture, tradition and strongman Kadyrov all have played a hand in this persecution. 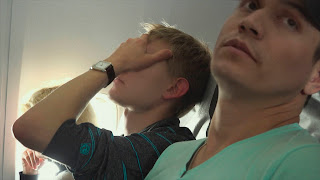 Some moments play out almost like an action film despite being true, such as Grisha and Anya's flight to undisclosed European countries. Knowing that Anya and Bakaev's fates are unknown ends the film on a grim note despite the positive of Maxim and his family (including his partner) being able to escape. His story, and the possibility of marriage and a peaceful life, is about the only real moment of hope in Welcome to Chechnya.

Lapunov's press conference perhaps best sums up the documentary. "I ask for one thing only: the triumph of justice", he says. He knows he may never return to his homeland, that his plans for a career as an events planner are now torn asunder, and that he may have to start afresh in another country with all the difficulties and stress that places on him, his family and his romantic relationship. However, by speaking out, Lapunov knows that he has a right to life. It is a quiet act of defiance in a society that allows acts of violence to go unpunished, if not actively encouraging them.

Welcome to Chechnya is a strong film about a subject that should not be ignored. This is especially true for the American LGBTQ community, and not just as a reminder of the dangers others in their community face in other countries. At a time when "deadnaming" (the act of using the previous name of a transgender person) is called "an act of violence", it is important to remember what real acts of violence against LGBT people are. While using a former name or pronoun may be dumb, it nowhere compares to being physically assaulted or killed, a fate all LGBTQ Americans face if they ever went openly to Chechnya.