The Painter and The Thief: A Review 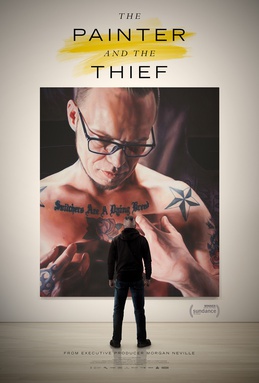 THE PAINTER AND THE THIEF

In the annals of lost and stolen art, Barbora Kysilkova's two paintings ranks pretty low. Swan Song may not be listed alongside Vermeer's The Concert but it too briefly disappeared. Its eventual rediscovery is curiously just the coda to The Painter and The Thief, a tale that could be seen as either inspiring or insane depending on one's point of view.

The Czech-born artist now living in Norway is distressed to find two of her paintings stolen from a gallery. The two thieves are quickly found but the paintings are not, and as such the Oslo Police call the case closed. Kysilkova approaches one of the thieves, a troubled man named Karl-Bertil Nordland, and asks "Why did you pick up those two paintings?"

"Because they were beautiful," is his reply.

After serving his sentence Barbora not only befriends Karl-Bertil but paints him. The sight of him in oil literally moves him to tears. As the years go by their friendship continues through various ups and downs as both struggle with life: he with his self-destructive patterns and she with her economic issues. More twists and turns until a surprising revelation from Barbora leads to a more astonishing discovery. 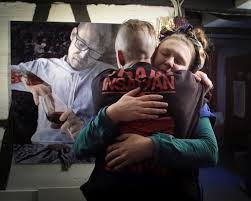 The Painter and The Thief is probably the type of documentary that if presented as a screenplay would be dismissed as too bizarre, and perhaps with merit. Director Benjamin Ree not only has no narration and keeps out of things but structures The Painter and The Thief in a mix of cinema verité and thriller. We get both both Karl-Bertil and Barbora's perspective on the same events and flashbacks on what happened without the other person's knowledge, such as the last-minute twist involving Karl-Bertil's partner in crime that we all learn about because Ree did not so much as bring it up.

What we don't get is a clear-cut reason over why either Barbora or Karl-Bertil go along with this. Is she still hunting down her lost paintings only to find a strange friendship? Is he looking for redemption for his highly troubled life? What about Barbora's boyfriend Oystein, who appears early on only to disappear until nearly an hour later, when he and Karl-Bertil appear to finally meet? Then there's Karl-Bertil's new girlfriend after his old one dumped him for keeping his heroin habit.

As a side note, Karl-Bertil returns to prison, but the Norwegian prison he's in looks pretty nice, almost like a two-star hotel albeit with locked doors.

It's almost as if those outside Barbora and Karl-Bertil have little involvement in their lives. Despite being under two hours it felt longer, but there are scenes that will surprise the viewer. Karl-Bertil's reaction on seeing himself in a painting is deeply moving.

So much in The Painter and The Thief seems so bizarre, but it does not take away from the interesting portrait it paints of this odd couple (pun not intended).