Doctor Who Story 001: An Unearthly Child 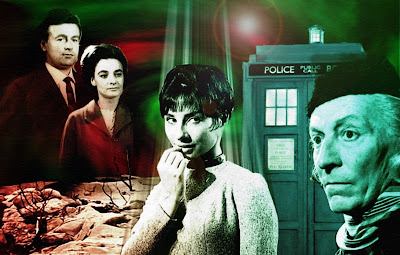 
The four-part Doctor Who story collectively titled An Unearthly Child kickstarted the longest-running science-fiction show in television history. While the succeeding episodes did not ultimately live up to the promise of the opening episode, An Unearthly Child has enough within it to make it a good though not great debut.
Divided into four episodes (An Unearthly Child, The Cave of Skulls, The Forest of Fear, and The Firemaker) An Unearthly Child is basically two stories crammed into one. The balance between the two doesn't quite hold but doesn't fall apart to its credit.
There is something mysterious and strange about young schoolgirl Susan Foreman (Carol Ann Ford). She is highly knowledgeable about science and history but can't figure out basic monetary systems. Her history teacher Miss Barbara Wright (Jacqueline Hill) and science teacher Ian Chesterton (William Russell) can't figure it out. Both recognize Susan is highly intelligent but is also oddly unaware of basic information. She also apparently lives in a junkyard with someone she calls her "grandfather". They follow her to the junkyard, where to their surprise they find a police box (a telephone booth which was used to call the police in case of emergencies). 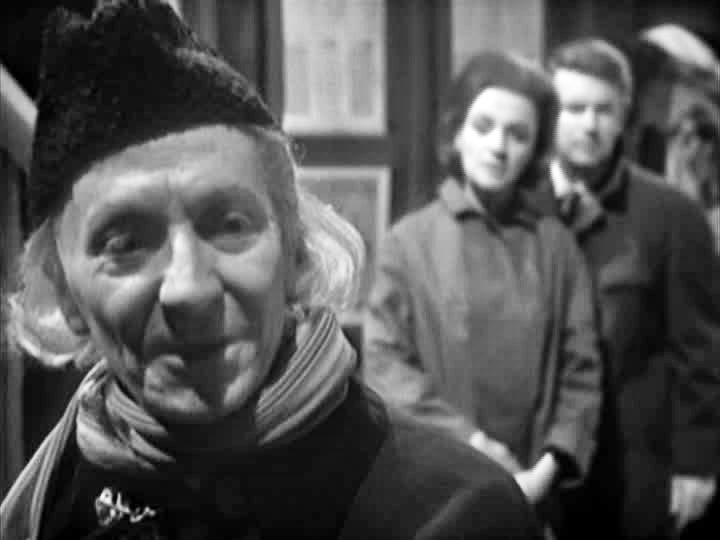 Soon, the grandfather (William Hartnell) arrives, an elegant older man in Edwardian clothing. He is slightly bemused and irritated to see them there and denies anyone else is there, until they hear Susan's voice coming from inside the box. Wright and Chesterton rush in, only to discover a room too large to fit within the walls of the police box. The inside is larger than the outside.
The teachers are then told a fantastic story about how Susan and her grandfather, who claims to be a Doctor, are not human. They are exiles from another world, another time. Wright and Chesterton want to leave, but the Doctor refuses to let them, fearing they will reveal their secret. Susan wants to stay in "20th Century Earth" and attempts to stop her grandfather from holding them. She inadvertently starts the police box she calls the TARDIS (a name she gave the ship from the initials Time And Relative Dimension in Space), and are all launched into another time, another place.
That place is prehistoric Earth, where the travelers find themselves caught up in a power struggle with cavemen. Whoever can build fire will be the new leader. Za (Derek Newark) wants to be the first so as to stop his rival Kal (Jeremy Young). The woman Hur (Alathea Charlton) sides with Za, but Kal will not be denied. As The Doctor can make fire via his matches, Kal sees his chance to take control. It will take all the travelers combined skills to save themselves from being human sacrifices.

In retrospect, the caveman elements were not the best ones which to launch the series. Producer Verity Lambert admitted as much, but as always two great factors (money and time), forced them to take what was available and reasonable financially.
An Unearthly Child, the actual first episode written by C.E. Webber, is brilliant in almost every way. It sets up the premise beautifully, allowing for Doctor Who to venture through time and space. As such, it is liberated to explore both other worlds and other times. There is a mystery surrounding this young girl and junkyard, making things exciting.
The acting is first-rate in the An Unearthly Child episode. Hill and Russell are wonderful as people who come in contact with the simply unbelievable. Ford is pretty, but she has an otherworldly quality in her looks and demeanor: she is both mysterious and innocent. As for the Doctor himself, William Hartnell is brilliant as a being who is highly intelligent and pretty much used to getting his way, but who is also underneath his bluster a kind and clever personality. 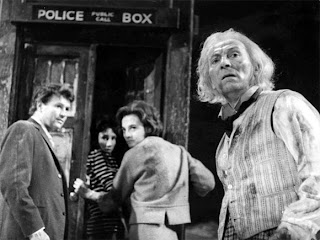 The remaining three episodes by Anthony Coburn however, don't live up to the quality of the premiere. We get a story where prehistoric cavemen attempt to build fire, and whoever does so will become the new leader. What makes the succeeding episodes bad is that they are stereotypical cavemen: lots of grunting, with monosyllabic names like Kal,  Za and Hur. At times, the acting of the tribe is downright laughable, as when they grunt in unison or chase Kal out from their tribe. However, there are some great moments, as in a fight scene between Kal and Za, which is beautifully filmed.
I thought it was a wise decision to have a variety of age groups in the cast. Though only 55, Hartnell's elderly-looking Doctor made him a figure of stature, respect, and wisdom. The double-act of Russell and Hill as Chesterton and Wright gave adults and parents someone to identify with; Ford's Susan was clearly a person that embodied youth and naivete. Perhaps this was not planned, but it worked excellently. The fact that the teachers were in the subjects of history and science, which were the two topics Doctor Who would deal with, was probably planned, but it serves to have experts in these fields to guide the viewer.
An Unearthly Child and Doctor Who as a whole also has the plus of having one of the greatest title themes in television history. It quickly sets the mood for the series, letting you know there is something mysterious and otherworldly about what you are going to see. Whether it is Ron Grainer's original electronic version or Murray Gold's lush orchestral for the new series, the title theme is one that evokes adventures into the unknown.

As it stands, the first episode is one of the best to launch a science-fiction series, while the rest of the story leaves more to be desired. It gets points knocked down for a second-tier story, but it still manages to be a respectable way to start an epic television series. The first episode itself is brilliant, while the rest of the story is weak and brings the thing down. As a whole, An Unearthly Child is good but not great, showing promise in this exceptional series.

Next Doctor Who Story: The Daleks
Posted by Rick at 2:54 AM