We have literal bombs with countdowns, two of Jim Gordon's exes in full bonkers mode, and Fish Mooney returns!

Despite all that, I was left slightly disappointed by Pretty Hate Machine.  It might have to do with the fact that in some ways, Jada Pinkett Smith's return as the always camp Fish Mooney was probably more restrained in her performance than some of the regulars.

It's hard to out-camp Fish, but somehow, a few did.

The Shaman (Raymond J. Barry) has brought a special guest to the Court of Owls: Bruce Wayne (David Mazouz), son of the man and wife they had killed.  Bruce, despite him hypnotized state, could not give the order to kill the Court, but no worries: the Shaman did.  Detective Harvey Bullock (Donal Logue), along with Bruce's manservant Alfred (Sean Pertwee) get there too late, but in time enough for one of the Court to tell what happened.

Now it's a race to both get to the bomb the Court has created with the Tetch virus and rescue Bruce, a tough order.  The GCPD does manage to find Professor Hugo Strange (B.D. Wong), but the mad scientist is oddly the least of their problems.

Dr. Leslie 'Lee' Thompkins (Morena Baccarin) has decided to go bonkers, and has taken care of Detective Jim Gordon (Ben McKenzie).  She's buried him alive, so they can't technically arrest her for murder.  She's even given Jim a way out: a little of the virus with which to inject himself.  That way, he'll have the strength to force his way out of the coffin but he'll also be infected.  He doesn't want to and Bullock, already overwhelmed with things, rushes to rescue his buddy.

Into this mad mix comes the Fearsome Foursome: Barbara Kean (Erin Richards), Tabitha Galavan (Jessica Lucas), Butch Gilzean (Drew Powell), and Edward Nygma aka The Riddler (Cory Michael Smith).  This unholy alliance is after Oswald Cobblepot aka The Penguin (Robin Lord Taylor), who is finding himself without his monsters and is enraged.  Only Ivy Pepper (Maggie Geha) is loyal to him, while her BFF Selina Kyle (Camren Bicondova) is asked to find Firefly and Mr. Freeze.  Selina is highly interested in finding her old friend Brigit, but Ed and Butch raid Pengy's safe-house before
much can be done.  Selina in a rare moment finds herself caught by Tabitha, but Riddler didn't count on Pengy having a few tricks up his sleeve.

That's the thing about Pengy: he can be down but he is never out.  Well, at least out for the count, for in other ways he's totally out. Alfred gets Bullock to agree to let him 'talk' to Strange in exchange for information on Bruce, and after some 'friendly persuasion' Strange reveals the wild goings on.  True to his word, Alfred lets Strange walk...as soon as he wakes up from getting punched.

Penguin wallows in self-pity and drink while with Ivy, commiserating that at least his former nemesis Fish Mooney and the Dons: Falcone and Maroni, had codes, while Bonkers Babs, her minions and Ed are just running amok.  So this is probably a bad time for all of them to show up.

Edward won't kill Penguin until he calls him 'The Riddler', which Pengy flat-out refuses to do.  This issue with Edward's nom de guerre is such a sticking point for Nygma that he insists he'll torture Pengy until he gives in.  Bonkers Babs just wants to kill him right then and there, and this is a constant source of irritation for everyone.

Just as Penguin's luck appears to have run out, enter our Fish Mooney (Jada Pinkett Smith).  As camp as always, she brought some of her own muscle to spirit her little Penguin away with her.  With her usual aplomb and panache, she leaves the others, Riddler looking surprisingly sad.  As per their agreement with Selina, Ivy is left unharmed.

Gordon finally succumbs and injects himself, freeing him from his prison but also making him dangerous.  He knows where the bomb is and rushes to get there, but in the ensuing chaos of the GCPD HQ, Lee too escapes.  Just as Jim is about to disarm the bomb, Lee sweeps in to stop him.  Things are not helped when Bruce and The Shaman are watching the impending chaos when Alfred sweeps in to stop them.  Bruce is wavering on hitting the button, but as soon as the Shaman forces his hand Alfred shoots him dead.  This enrages Bruce, but no matter: the bomb has gone off and the Tetch virus is sweeping Gotham.

That's a lot of craziness for one Gotham hour, and yet for some reason I was not overwhelmed with things here. I think it might have to do with a few details.  Oddly, one of them isn't Smith's return as our favorite camp vamp.  Her performance from Season One was always on the campy side, and there was no reason why she needed to change now.  She devours the scenery, but that is how Fish Mooney always was.  I know a lot of Gotham fans hated her role, but I never found it horrifying or bad.

I think if anything was wrong with Fish Mooney's return, is that it does seem to come out of nowhere and for reasons that are slightly unclear.  WHY is Fish Mooney there?  WHY does she want to rescue Pengy?  Wasn't he, like, responsible for killing her? How did she get there in time to save Penguin?  Who told her where to find him?  Had she been following him for some time?

There are a lot of unanswered questions here, and maybe we won't get the answers or I just missed a lot of them.

Wong as Strange is also a touch camp, though I think his flat demeanor as Strange is right for the role.  Still, I can't help think that a bit of Wong gets that Strange is supposed to be a bit too cold and even snobbish.  When surrounded by the GCPD, he calmly looks at Bullock, raises his hands and says, 'I obviously surrender' in such a cold, dispassionate manner one wonders whether Strange is taking this seriously or is so detached from everything.

He does take the 'hanging around with Alfred' seriously enough, which I did find a touch creepy.

As a side note, at least the violence here was not as overt and graphic as in other episodes, though the buried alive bit was uncomfortable.

I also think the entire Lee storyline a little Strange.  I'm still not buying that Thompkins was that distraught over things as to force Gordon to use the virus, but it does give Baccarin a chance to vamp it all over the place, showing her bad side.  What is it about James Gordon that unleashes his exes to turn crazy: both Barbara and Leslie are now essentially bonkers. 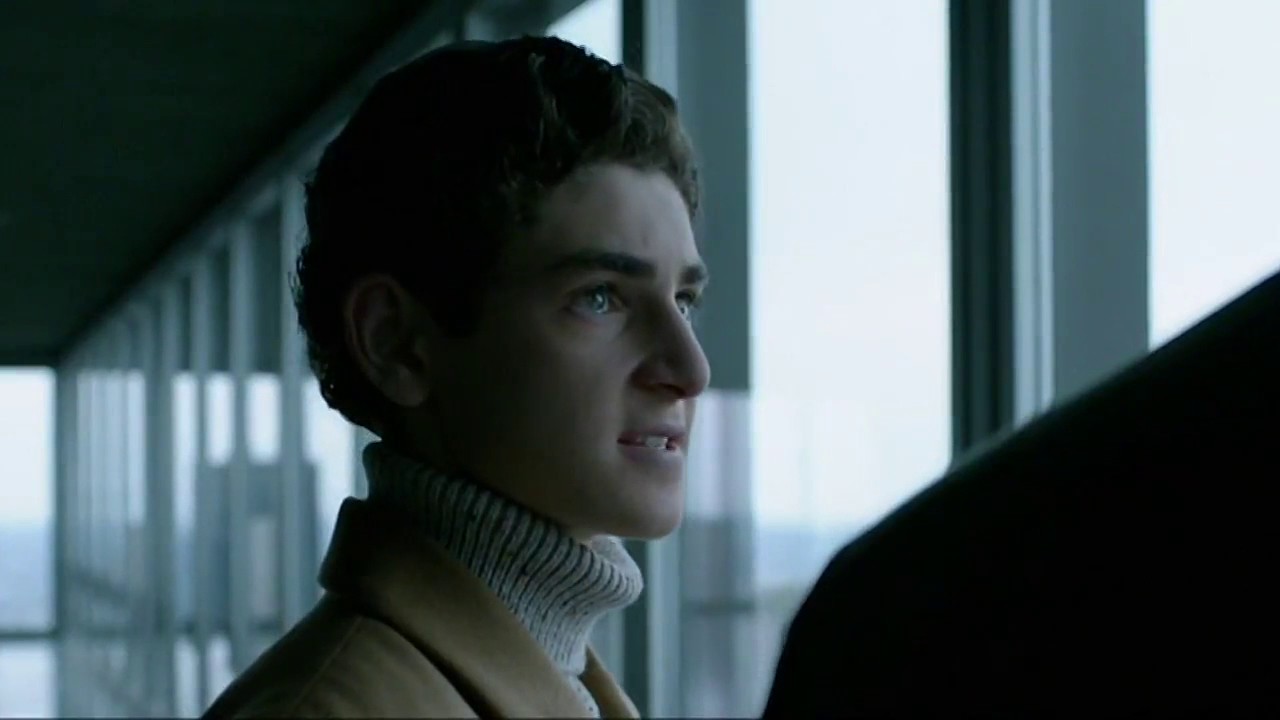 I also wasn't overwhelmed this week with McKenzie's performance, even his resurrection seemed a bit boring and cliched.

However, I was impressed by Mazouz, who has turned into one of Gotham's best players.  In his conflict between the will of the Shaman and his own morals, Mazouz gives a fully-rounded performance.  Taylor too was fun: nothing is better than seeing an enraged Pengy.  Smith brought a little bit of humor to his Edward/Riddler, looking even a little sad when Fish manages to outflank him.

Richards is never as good as when she's being bad, and seeing her and Bicondova act childishly with each other was a lot of fun.  Logue too continues to be one of my favorites, whether he is doing the right thing for Gotham or when spouting off one-lines, such as when he decides to question Strange, whom he calls 'Baldy-locks'.

Perhaps some of the things that bothered me about Pretty Hate Machine had to do with the number of 'coincidences': how one Court member was still alive when Gordon and Bullock got there, how the bomb was set at the same time that Gordon was buried alive, how Lee showed up just at the exact time to stop Gordon from disarming the bomb, how Fish plopped up just when it looked like curtains for Pengy.

A touch too much for me, but at least we didn't see heads roll, so that's a plus.

Next Episode: Destiny Calling
Posted by Rick at 11:39 AM