An American Tragedy: A Review 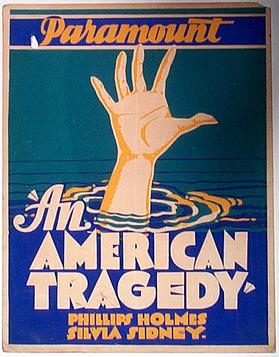 An American Tragedy is the first adaptation of the Theodore Dreiser novel. Pretty much forgotten now compared to the second adaptation, A Place in the Sun, this adaptation has some positives in one performance and echoes of the silent film era. However, it is also a bit of a slog which has not dated well.

Handsome, ambitious hotel porter Clyde Griffiths (Phillips Holmes) loves good times and good-time girls. A car accident where he is a passenger, however, forces him to flee Kansas City. Moving to Lycurgus, New York, Clyde finds a job as section head of a garment factory thanks to distant relatives.

There is a strict rule against fraternizing with employees, but Clyde cannot control his lust for pretty, innocent Roberta Alden (Sylvia Sydney). They begin a secret romance, but soon Clyde's eyes shift to Sondra Finchley (Frances Dee), the factory owner's pretty and wealthy daughter. As he squires Sondra about, "Bert" begins having doubts about Clyde's loyalty and love. This grows more complicated when Roberta ends up in trouble.

Roberta pushes Clyde into marrying her, but he knows such a thing will keep him from Sondra and her money. Does this, however, mean he would commit murder to keep what he is so close to obtaining? A trial convicts him of such an act, though perhaps he is more morally than legally guilty. 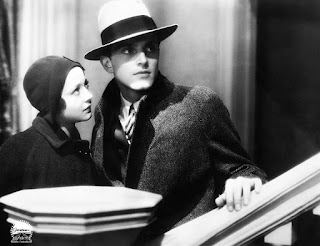 An American Tragedy came when film was still struggling to enter the sound era. As such, director Josef von Sternberg shapes the film in some ways as a silent film. There are title cards filling in information and written in a somewhat dramatic fashion that could be straight out of a silent film. However, they all play over the sound of flowing water, the suggestion of the impending tragedy coming across.

The film has strong visual moments, such as a wild Jazz Age party early in the film. An American Tragedy has touches of Josef von Sternberg's visual style. The factory, for example, has things going on in the fore and background, in keeping with von Sternberg's method of filling the screen with as much as possible.

Josef von Sternberg in some ways seems an odd choice to direct An American Tragedy. His forte was in the elegant, grandiose lives of the wealthy in exotic locales. An American Tragedy is squarely Middle American working-class. Despite this, he makes the most of the locations. There is a scene where Roberta hands Clyde a note, and he moves off to read it. We cannot get a full image of Clyde's reaction, but we know that it elicits a smile from Roberta.

Sylvia Sydney is the standout in An American Tragedy. She plays the innocent so beautifully, unaware of Clyde's darkness. She is shocked by his kisses, and her naivete when coming close to her end is beautifully played.

It is curious that while Phillips Holmes is not bad looking, he seems a poor choice to play this selfish individual. I found him to be overly dramatic, someone who seemed to be trying for a stereotypical silent film performance. His courtroom scenes were particularly weak, though to be fair the lawyers were all hamming it up to the Nth degree. I do give him credit for making Clyde cold and sinister underneath the charm. However, I found him somewhat stiff in manner. 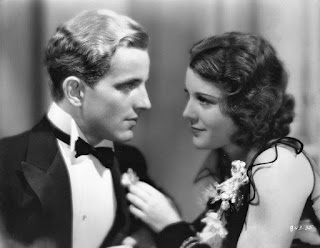 Dee was sadly pretty much a nonentity in An American Tragedy. She may have been the motive, but she was on screen so little that she had no real impact.

This may be due to the film's surprisingly brief running time of 96 minutes. It is curious, however, that despite its remarkably short length the courtroom scenes felt rushed. A lot of An American Tragedy seemed to have information filled in via newspaper headlines. That had the effect of rushing things to move the story forward.

Once or twice is nothing out-of-the-ordinary for early sound films. An American Tragedy, however, seemed to go slightly overboard with this technique.

An American Tragedy is worth watching for Sylvia Sydney's performance and for certain cinematic elements from Josef von Sternberg. It is not a bad film by any stretch, though not as good as it could have been.