I can't help feeling some respect for Edward D. Wood, Jr. as a filmmaker. Never in the field of filmmaking has one man tried so hard to do so well and failed so miserably so often. One watches Glen or Glenda? in a state of shock: shock that anyone, even someone so hopelessly untalented as Ed Wood, would believe this was good. Shock that someone with actual talent like Bela Lugosi would have this film bookend his brilliant Dracula in the mind of the public. The film gives new meaning to the phrase, "Shock and Awe". It may rank as a thoroughly autobiographical film, one where the film maker bared his soul like few others have. It will also rank as one of the worst film ever made, but still a sight to behold in its sheer daring and atrociousness.

Told with the seriousness of a documentary, Glen or Glenda? purports to investigate the subject of transvestites by telling two stories via the arc of a detective (Lyle Talbott) asking a doctor (Timothy Farrell) about a suicide of a transvestite. The first and longest is that of Glen (Edward D. Wood, Jr., billed as Daniel Davis) a man engaged to Barbara (Dolores Fuller) whom he loves, but who is also driven by a desire to wear woman's clothing (both at home and on the street) with the alter ego of Glenda. Glen is torn by his desires to cross-dress and his desire for Barbara. Eventually, he breaks down and confesses all, and she accepts his life. 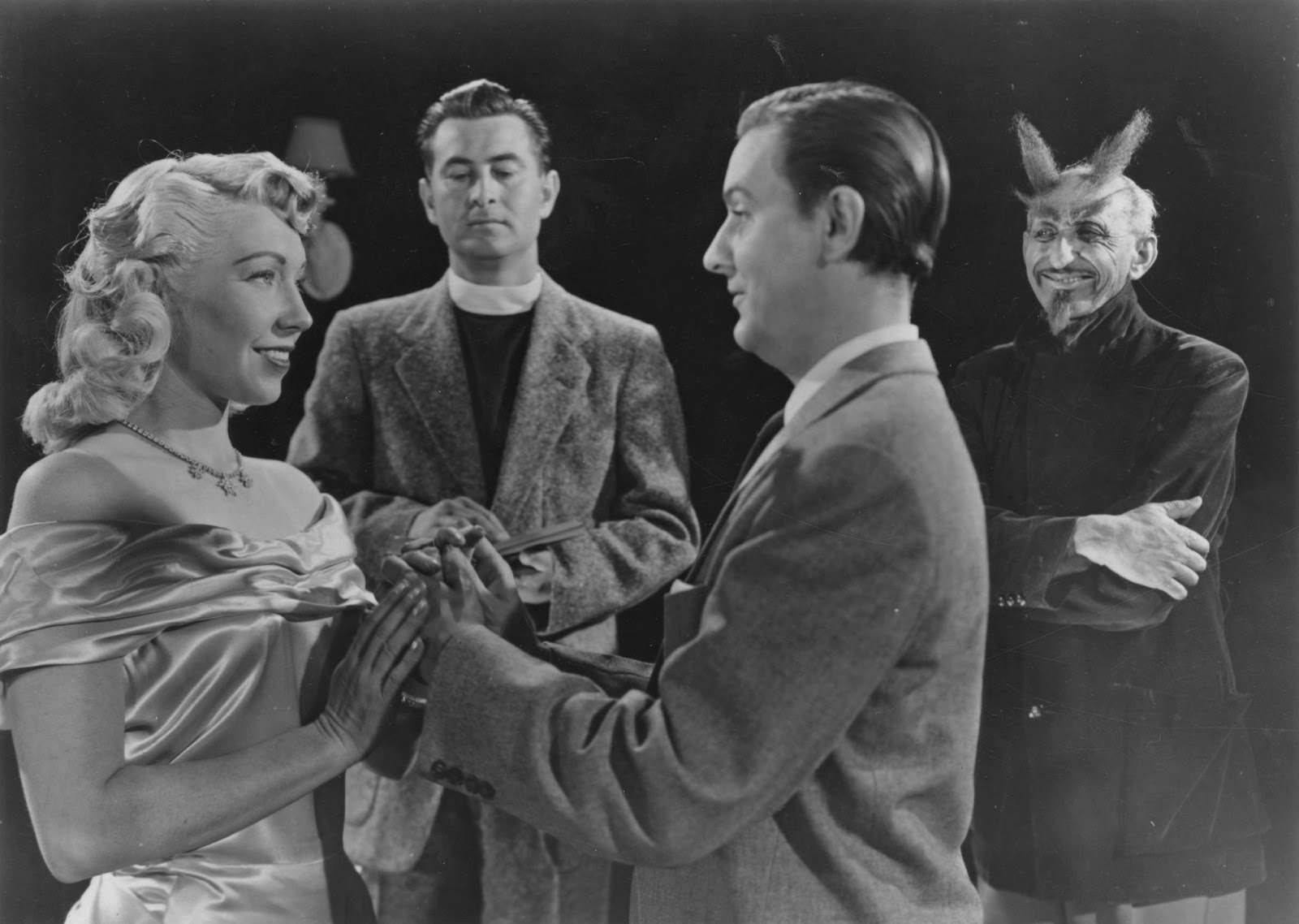 As it stands, Glen or Glenda? doesn't suffer from such things as bad acting, nonsensical monologue and dialogue, or atrocious editing. Rather, it appears to revel in them, making all the lunacy in the film even more deranged. It appears to have escaped the film-maker that he repeats certain scenes that are obviously stock footage (we get the same crowd scene at least twice) and that the newspaper that states "World Shocked By Sex Change" is seen over and over and over and once more.

One of the more bizarre scenes in the film (and one of the most notorious in film history) has Bela Lugosi shouting, "Pull the strings! Pull the strings!" while stock footage of a stamping herd of buffalo is superimposed over him. What this has to do with anything (and I'm not just talking about the movie, I do literally mean ANYTHING in reality) is never explained.

In fact, Bela Lugosi's whole appearance is never explained. I suppose it's because there can be no explanation possible. Throughout the film he is in this room filled with skeletons and shrunken heads, spouting off nonsense and adding nothing to whatever passed for the plot. Here is perhaps one of the most infamous pieces of dialogue ever spoken in cinema,


You just sit there and wonder, "what IS that?" The whole speech is so bizarre and irrelevant to the plot or to anything really, but I confess a part of you does sit there in wonder, amazed that someone actually wrote that and considered that dialogue. Lugosi never really does anything in the film, except in one point where Glen/Glenda (and later Alan) come into the room where he is in and kneel at his feet. Just as quickly, they disappear. 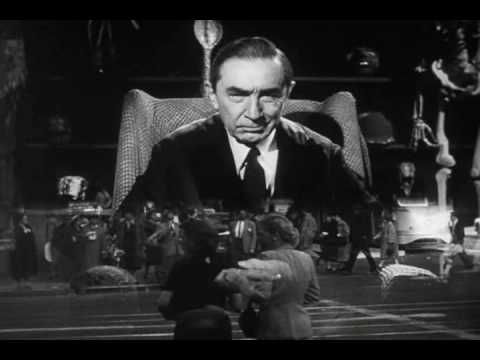 Truth be told, Lugosi's nonsensical appearance is the least of its problems. Some of the acting, no all of the acting, is shockingly bad. When Glen's sister discovers him in drag, it is one of the least convincing (and yes, worse) shocked reactions in history. Fuller can't force herself to bring any emotion to her performance, and considering she was acting out her real life it is even more incomprehensible.

When one sees that Wood gave the best performance, one realizes that the entire enterprise is a disaster from beginning to end. The constant reliance on voice-overs to more stock footage shows that, while necessity is the mother of invention, Wood could never master the most rudimentary of film-making techniques. It was as if he wrote dialogue to match what he had rather than to match the story he was trying to tell.

His biggest sin in terms of technique is that Wood had this absolute passion for master shots where all the action takes place in one shot. He had few close-ups and hardly if ever moved the camera. There was no fluidity in his films, and while there may have been monetary issues one gets the sense that he just told the cinematographer (in this case, William C. Thompson) to put the camera somewhere and shoot it locked into position.

Now, in fairness, he did tell his story with passion, sincerity, maybe even sympathy. Glen or Glenda? is a strong case for cross-dressing. Wood is trying through his film to convince the world (and perhaps himself) that men dressing up as women is natural, normal, healthy, and even beneficial. How else can you explain a lengthy series of clips comparing the comfort of women's clothing to that of the constrictive nature of men's, especially in their bedclothes?

It also goes to great pains to explain that being a transvestite is different from being a homosexual. It does this repeatedly, as if to justify cross-dressing and make it clear that just because a man likes to dress up as a woman, it didn't mean in any way/shape/form that said man wanted to have sex with a man. In fact, one of the more laughable scenes (of which there are many) is when Glen, dressed as Glenda, rebuffs a gay man's advances by sniffing out his cigarette. He wants us all to understand: being a man dressed as a woman did not mean that he wanted sex with a man. It bears repeating in Wood's mind, so he gives us dialogue explaining that more than twice.* The grand statement in Glen or Glenda? is the dream sequence, which obviously influenced Fellini's 8 & 1/2 made ten years later (1963). It was obviously meant to be symbolic (only as Glen the man, not Glenda the woman, could he lift a big piece of timber off Barbara) but what the Devil was the Devil doing popping up at Glen and Barbara's wedding?

I should point out all this inept lunacy comes before the second story (which doesn't take up more than ten minutes) of Alan, who is a pseudo-hermaphrodite (having both male and female sex organs but with only one--the male--showing). It just looks like it's another story tacked on to this one, with only Bela Lugosi oddly enough, uniting them.

Why these guys keep coming to Lugosi for some kind of transgender blessing no one can say.

What is the icing on the cake for Glen or Glenda? as a film is that, for all the lunacy, for all the nonsense and illogic that abounds in the film, the tone is extremely serious. The film appears to try to pass itself off as a sober, serious investigation of cross-dressing. The stern, at times self-important, tone to the whole project only adds to the laugh factor, the fact that it's so sincere is what makes it even more idiotic.

In terms of film-making, Glen or Glenda? is insane, insipid, idiotic, and just flat-out weird. In terms of film history, it stands witness to the fact that in truth, no amount of desire and/or eagerness can overcome someone with absolutely no talent. Isn't that a drag?

DECISION: F-
(unless you want to laugh at someone doing so badly, in which case it's a D+)

* I am aware I was repeating myself and that it may not make much sense. I was just trying to write the Ed Wood way.
Posted by Rick at 2:30 AM

Email ThisBlogThis!Share to TwitterShare to FacebookShare to Pinterest
Labels: Review