DIARY OF A LOST GIRL

A Lost Girl In A Lost World...

Technically, Diary of A Lost Girl is a foreign film, but as I've stated before, one of the glories of silent film is that they truly are universal films: only the intertitles need to be changed, in this case from German. The fact that it is European and Pre-Code signal that what might be considered unacceptable in future American features could be tackled more frankly and openly; however, Diary of A Lost Girl isn't explicit but at times is suggestive of certain plot points, which only enhances the film.

Thymian (Louise Brooks) is the innocent daughter of Robert Hemming (Joseph Rovensky), a pharmacist who is a serial adulterer, knocking up the governesses with reckless abandon. She is presented a diary where she writes her tale. Since Thymian is purity personified, this only excites Meinert (Fritz Rasp), the druggist assistant who seduces her and in turn knocks her up. She refuses to name the father of her child, but her family gains access to her diary and discover the truth. Meinert, who now owns the pharmacy, is untouchable, so Thymian is sent away to a reform school. This is a brutal, cold place, where all is forbidden and the staff is uncaring and harsh.

Eventually, she and her friend Erika (Edith Meinhart) escape with the help of Thymian's friend/love interest Count Osdorff (Andre Roanne). Thymian discovers that her child is dead and her father has married the domineering governess Meta (Franziska Kinz), who has children of her own. Thymian finds Erika and Osdorff, who are both employees of a brothel run by a kindly-looking madam. Thymian becomes a prostitute herself, where she finds a semblance of happiness. Then, she finds her father, stepmother, and seducer go to the club where Thymian holds court and she feels sadness and shame. 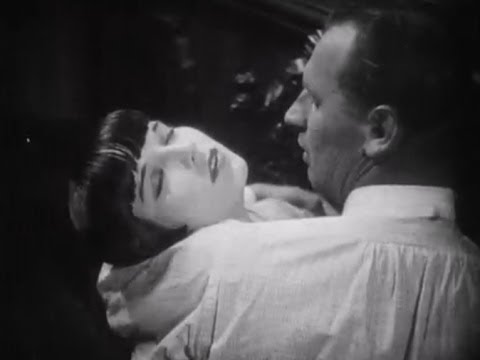 Three years later, her father dies and makes her his sole heir, to the delight of the Count who marries her. This is her chance to make a new life altogether, but she sees her stepmother and half-siblings, now destitute, and decides to give the money to them. The Count, upon learning this, commits suicide, leaving the new Countess a widow. The Count's uncle adopts Thymian as penance for having driven his nephew away, and she is invited to join the Society for Saving Young Girls, which runs the same institution she was once held in.

All the memories of her time there, and the treatment the girls still receive, flood back, and she tells them the truth of who she was and what goes on there, and leaves. The Count joins her, telling the shocked ladies (and us), "With a little more love, no one on this earth would ever be lost".

A good eighty years after its premiere, Diary of A Lost Girl still has a heartbreaking emotional impact. Almost all the tragedy is expressed in Louise Brooks' face (always bringing to mind a line from Sunset Boulevard, "We had FACES"). She had a face: a beautiful face that communicated so much without dialogue. She projects an innocence throughout the film, from when we first see her, right down to when she sees her sister may end up following her footsteps into a brothel or worse, the streets. Brooks' performance is gentle, projecting the kindness Thymian has and the disappointment that she has ended up selling herself.

Director G. W. Pabst shows us in little details what is going on. Take the beginning, when the governess is sent away. We aren't told anything, but just the sight of the baby clothes she has suggests that something untoward has occurred. We can also see Thymian's innocence just by how she is dressed: all in white and crown of flowers. Pabst also shows the lasciviousness of Meinert with the way he looks and looks at her, and in the actual seduction of Thymian is visually both quite gentle yet horrifying, as if the shock to her world was too great.

Diary of A Lost Girl depends a great deal on the visuals, and Pabst did a great job in casting. Rasp looks evil in his uncaring attitude, while Andrews Engelmann as the Reformatory Director looks almost ghoulish, especially in his introduction when he rises in front of the camera like a monster.

It's a curious counterbalance that while the Matron of the Reformatory is a severe-looking woman in almost mannish garb, the Madam of the Brothel is a plump, sweet-looking matronly-like woman right down to her pince-nez. In fact, the only true kindness Thymian is ever shown is within the halls of The House of Ill Repute.

Pabst is playing with expectations, and he does so brilliantly. Again, nothing is really seen: we don't see Thymian's deflowering nor when she first is paid for sex. All that is intimated, suggested, and we as the audience are smart enough to follow the plot without having everything explained to us. Pabst also shows himself as a master of transition, as when we again suggest the Count has jumped to his death. We go from the flowers on the floor to the flowers on his coffin with an ease and beauty that isn't found in most modern/sound/color films.

Diary of A Lost Girl isn't as sensational as the title may suggest. However, it is a beautiful and tragic film about how people can abuse the innocent so cruelly, and how those who are abused may still maintain a kindness and dignity that more "respectable" people do not have. We have Lulu's beautiful and heartbreaking performance as Thymian, and a strong story that still holds up.

When the Count gives his parting shot, it is obvious that he is speaking to the audience. We would be wise to follow his advise.