You Will Meet A Tall Dark Stranger: A Review 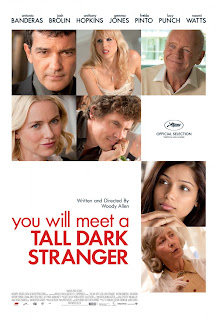 YOU WILL MEET A TALL DARK STRANGER


If you've never been to Disneyland or Disney World, in the Tommorowland section there is a ride called The Carousel of Progress. It tells about how technology has evolved from the turn of the century until today. Ostensibly, you are moving from scene to scene, where we see the same family talking about how life has improved since the previous scene.

I admit I enjoy that ride very much, but I got the similar feeling while watching You Will Meet A Tall Dark Stranger: I was watching a series of scenes flowing one after the other, with barely a connection between them, as if I were being rotated while in my seat.

We are in London, and the stories revolve around a group related only by family. You have Helena and Alfie (Gemma Jones and Anthony Hopkins). You have their daughter and son-in-law, Sally and Roy (Naomi Watts and Josh Brolin). Into the mix you have Sally's lust interest, Greg (Antonio Banderas), who is her boss at the art gallery she works at, and you have Roy's lust interest, Dia (Freida Pinto) a beautiful musician who lives next door or thereabout, at least far enough to let us get a looksy through the window.

Now, Alfie is going through a post-middle life crisis: he's divorced Helena, started working out feverishly, got a hot new car, and is now with Charmaine (Lucy Punch), a girl near Sally's age who dresses like a hooker because she is a hooker, who at least now has moved up to plain gold digger. To cope, Helena goes to quack psychic Cristal (Pauline Collins), who helps Helena cope with all her troubles and gives her advice on not just her life but on her family's as well.

Roy, who's written one successful novel but has dried out creatively since, not only pursues Dia with abandon but steals a far better novel from a poker buddy who is in a coma, while Sally never consummates her desire for Greg because, even though he's married, Greg begins an affair with the artist friend she introduced him too. All this is told by narration by Zak Orth accompanied by a uptempo jazz/Dixieland score which should indicate it's a comedy. Unfortunately, it's one bereft of laughter. 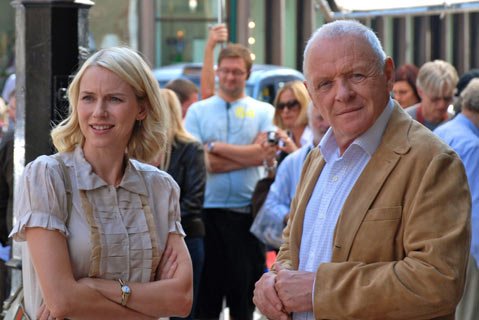 Frankly, the narration (which sound like it was spoken by a nicer-sounding David Sedaris), always got in the way. Allen, it seems, doesn't trust the audience to be able to follow the story of who's zooming whom. You Will Meet A Tall Dark Stranger doesn't work because Allen doesn't seem to populate his plays with real people. In fact, throughout the film, it looked as if we were watching a filmed play rather than a film itself. He hits things that either he or other writer/directors have already hit: the old man with a younger woman, that younger woman as a tramp, the beautiful woman across the way. Nothing seemed original or interesting.

The acting was at times embarrassing. Hopkins was attempting to do a Woody Allen impression, but the scene where he's waiting for the Viagra to kick in was painful to watch, almost sad. The same goes for Punch as the hooker with the heart of brass. Her coarseness wasn't funny, there was nothing endearing about her vapid nature.

Brolin didn't come off as a charmer because he was always so cranky. It seems unbelievable that Dia would fall for him. Then again, Pinto is remarkably flat and dull in every scene she is in You Will Meet A Tall Dark Stranger. When she tells her parents and her fiancee's family she's ending the engagement no one on screen appears to be genuinely upset or angry. Pinto herself seems disengaged (no pun intended) from anything going on. Worse off, she actually appears physically unattractive at times, something that appears impossible on the surface but which Allen somehow accomplishes. 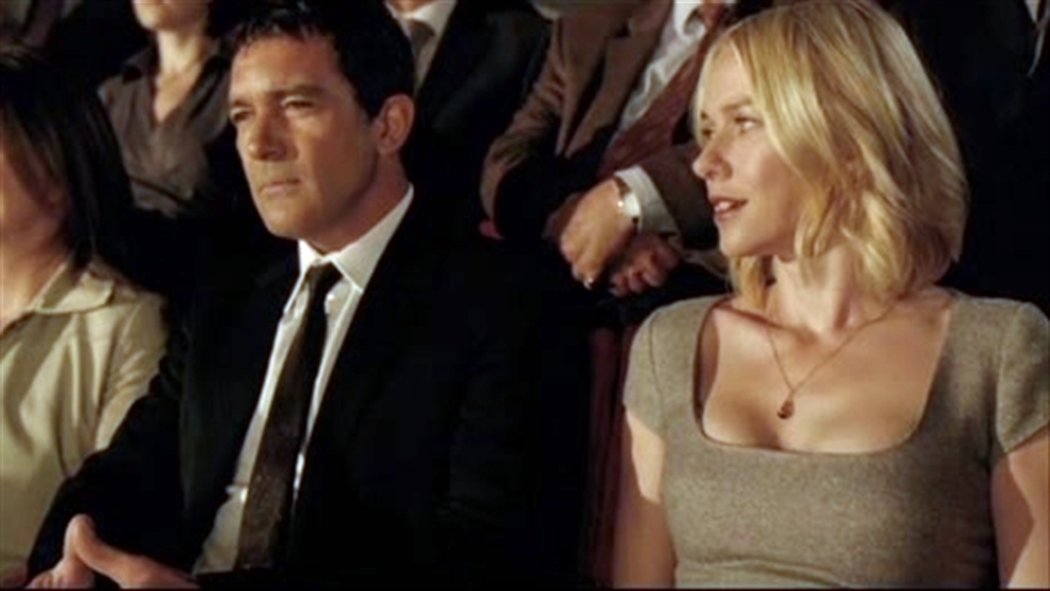 It may be due to his decision to always have her wear red. She might as well been labeled The Lady In Red (in fact, I wonder if he took part of You Will Meet A Tall Dark Stranger from that film). From the very beginning, when Helena goes for her first consultation with Cristal, it appeared as if the people on screen were 'acting' as opposed to 'being', and while you have a collection of relatively good actors, the material could never hold up. The fact that the Greg & Sally subplot went nowhere to the point where it was superfluous and thrown in just to give Banderas a chance to appear is an indication of how weak Woody Allen's script is.

Certain decision by Allen/the characters made no sense. If I were told that someone had been watching me constantly from their window I would not be flattered: I would find that creepy. However, Dia seems curiously unaware of how bizarre it is to be told that a man you've never met has been watching your every move.

Roy, almost always angry (and few actors do angry as well as Young Brolin), never bothered to check which of his poker buddies had actually been killed and which ones were still in a coma? You would think Roy would have gone to the funeral of the one that died, but apparently he didn't, otherwise he would have known that the man who survived (and who could come out of the coma) was the one he had plagiarized. Again, another subplot that went nowhere, along with Helena's new romance with a New Age bookshop owner.

All these stories should or could have been connected by the framing device of the false psychic, but Collins (who probably gave the only real good performance in You Will Meet A Tall Dark Stranger) was not a major part of the film. In fact, her presence wasn't even necessary. Helena could easily have gone to a therapist (although from what I understand, she'd already been to several to deal with Alfie walking out on her). Also, given how Alfie and Charmaine met, it is amazing that she would ask him what kind of woman he thought she was, especially after he caught her with one of his fellow (and younger) gym members on top of her. There's a scene between the three of them where they do literally pull their punches.

I also go back to Allen's script. In the last scene between Banderas and Watts (who like most everyone, seemed detached from whatever character he/she was playing) it looked and sounded as if they were speaking two different conversations, and not to each other. Sally was all but begging Greg for sex (and given that it's Antonio Banderas, that seems like what a lot of women would do), but he didn't seem to be hearing either the subtext or the actual words, prattling on instead about the new woman in his life. It's this kind of detachment: from the performances to the story to the directing, that sinks the film to where it doesn't work as either comedy or drama.

That seems an apt description of You Will Meet A Tall Dark Stranger: a film that tried to be a comedy but where the jokes (if any) are obvious and uninteresting, where the acting was almost all around flat, where the narration was pointless, where the music was at odds with the story, and where we don't care either about any of the characters or what happens to them.

I say to Woody: get back to being funny, or at least meet us halfway.