For Colored Girls: A Review

The Women Of Tyler Perry's Place...

I come at For Colored Girls without a background on the original play by Ntozoke Shange or the emotional impact it has on African-American women. Therefore, I can't compare how the original play, For Colored Girls Who Have Considered Suicide When The Rainbow is Enuf, is different from the film version. However, I can get enough from the film to see where the monologues went. On the whole, that is where things went wrong.

The film connects several stories of a group of disparate African-American women. There's successful magazine editor Jo (Janet Jackson). Her assistant Crystal (Kimberly Elise) lives in relative poverty in an apartment building. In this same building there is Tangie (Thandie Newton), a woman who lives for one-night stands; in another apartment her sister, aspiring dancer Nyla (Tessa Thompson) and their religious fanatic mother Alice (Whoopi Goldberg).

The president of the building is Golda (Phylicia Rashad), who babysits Crystal's two children and keeps tabs on what's going on around. The same building also has the on/off boyfriend of nurse Juanita (Loretta Devine), and somewhere else is Nyla's dance instructor Yasmine (Anika Noni Rose). Finally, there's Kelly (Kerry Washington), a Child Welfare inspector who is looking into how Crystal's children are doing. Their lives appear rather separate throughout For Colored Girls but eventually all of them come together through their various connections and rather horrifying tragedies ranging from rape to murder. 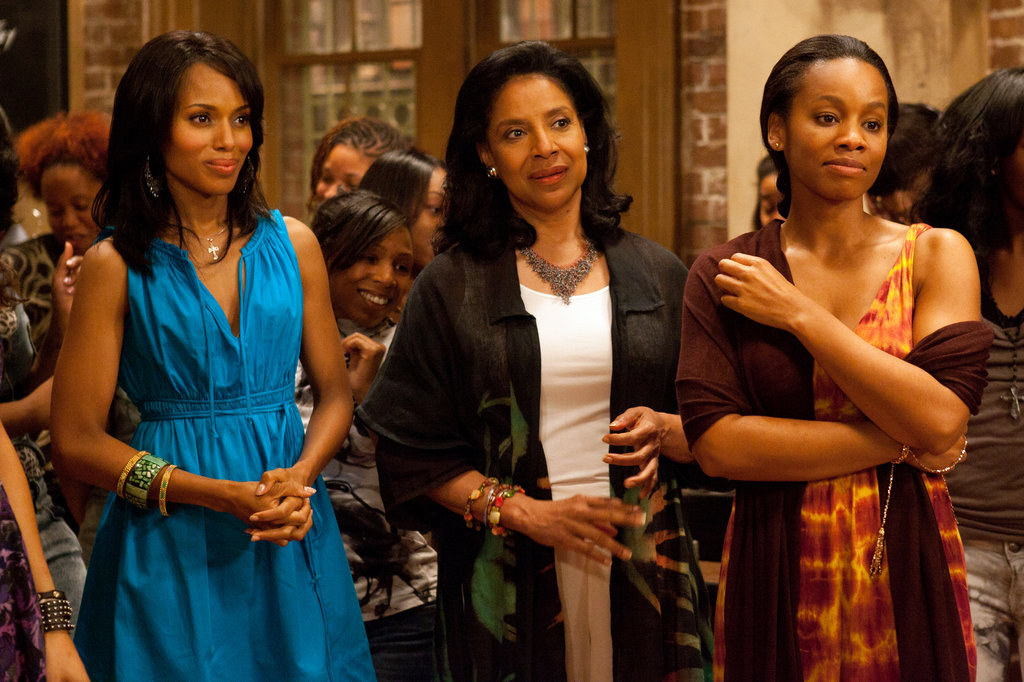 If I were to believe For Colored Girls, this is just the typical life of a black woman.

In For Colored Girls, almost all black men are destructive in some way to black women, ranging from Michael Ealy and Khalil Kain's abusers to Omari Hardwick and Richard Lawson's cheaters (with Hill Harper being the only black man with any sense of decency). For the film adaptation, it took another black men to screw up the seminal work to African-American women: Tyler Perry.

Perry has built his career on catering films toward the African-American market, and granted he does a good job in telling their stories, or at least in appeal to them. However, here, he shows that he hasn't mastered how to adapt work that he didn't write himself. I understand there were concerns that he would somehow weaken the Shange play (maybe even introduce his signature character of Madea into the mix). I argue that the problem with For Colored Girls is that on the contrary: he was too reverential to the work.

Perry could have reshaped the play to work cinematically. From what I understand, the play is basically a series of monologues where women tell their tales (sometimes with words and dance) but are connected only at the end. He tried to shape all the stories to fit into one, but Perry decided to keep the monologues as monologues, which brought the whole film down.

You could tell when each character was speaking the words from the play (which I confess to never having seen), because it didn't sound like average speech and because only one person would speak. Devine's Juanita had three monologues, and while Perry made an effort to put it in some context (one of them was when she talks to the women she is teaching safe sex to), they never sounded like a person speaking.

Shange's words (which Perry adapted to the screen) are far too poetic to be passed off as everyday conversation. This works on the stage because there is greater freedom to be more expressive, more theatrical if you will. In a film, when a character is giving a long speech to no one (or when the other people around them don't ever speak) it looks and sounds forced.

It reaches a nadir when Goldberg's Alice and Newton's Tangie finally confront each other. Both of them have monologues at the same time, and it becomes impossible to follow both of them, especially when Perry shifts between them. Neither sounds like they are speaking to each other. They both sound like they are delivering monologues straight from the play.

Even in Macy Gray's one scene, it comes off as if she isn't speaking to Nyla but to a theater audience. Granted, she was suppose to be slightly drunk in the scene, but it still didn't sound or look real.

Therein lies the main problem with For Colored Girls as a film: it didn't sound or look real, a problem which a stage production doesn't have because we can accept that it isn't real.

Other decisions Perry made in the adaptation were curious, most of all his camera work. There is a scene between Jackson and Omari Hardwick where while both are in the frame, the camera keeps shifting back and forth between them. When Janet speaks, Omari is out of focus, then when he speaks, he is in focus but Janet goes out of focus. It jumps back and forth, forth and back, again and again, to where it became so distracting. I thought, 'If Orson Welles could get two people in focus in Citizen Kane, why can't Tyler Perry?'

I figure in retrospect this was an artistic choice, but it looked confused more than artistic.

I think the actresses did the best they could with what they were given. Rashad didn't have much to do in For Colored Girls, but when she was on the screen she dominated it. A perfect moment was when she was babysitting Crystal's children, telling them a story about meeting her husband while trying to block out the noise of the abuse. Although she wasn't able to overcome Perry's blank direction when she had her monologue, she did an excellent job.

Jackson was more restrained in her big moment, but for most of the time she came off as trying to do the black version of Miranda Priestly (The Janet Wears Prada, anyone?). Devine was a strong mix of drama and even what little comedy there was, and Rose has a beautiful and heartbreaking monologue after being violated. 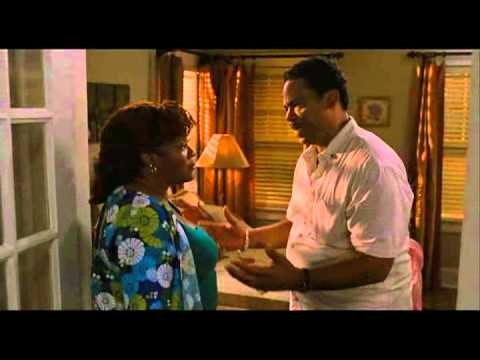 As stated, almost all the men were rather brutal or harsh, but there were exceptions. Hardwick's Carl was mostly blank, and we got only the slightest hint that he was 'on the down low' (unfortunately, what could have been a great moment between him and Jackson was ruined by Perry's weak direction). Harper, being the only black man who would qualify as a real man, was for the most part wonderful, except when he has to interview Yasmine, when even though he's a police officer appears rather clueless about dealing with a traumatic experience she has endured. Goldberg handles herself rather well, except near the end, when as she screams "REPENT", she does go over-the-top.

Unfortunately, some of the effect of the acting didn't go over well. Although the screening I attended was sparse, I heard some laughing at Miss Jackson's monologue. I keep going back to that: all those monologues. Perry opted not to make a screenplay, and that made For Colored Girls not as good as it could or should be. The tone of the film was so dark and unhappy, sometimes it made Precious look like a romantic comedy. Perry didn't give us much if any hope that the various women will ever be happy or recover from some of the truly awful things that happened in their lives. Given that the men in their lives are almost all users and abusers, dangerous if not evil, it's no surprise.

For Colored Girls could have been good, could have been a great introduction to the original play, but Tyler Perry, in spite of having cornered the African-American market, still has a great deal to learn about adapting other people's work to the screen. The fact that both the words and the delivery made it sound as if the film were more audition tapes for a revival of the play as opposed to an actual movie makes For Colored Girls less than the sum of its parts.

In short, Color It Bland.