If people think about silent films, the image of Gloria Swanson as Norma Desmond from Sunset Boulevard may come to mind: a deranged, out of touch figure from the past whose acting talent may be suspect.

People think silent film acting is always very big, with elaborate hand movements and making faces to express emotions. Curiously, the people who have these ideas (as well as some other erroneous ideas) for the most part have never actually seen a silent film; instead, they get their ideas from spoofs. 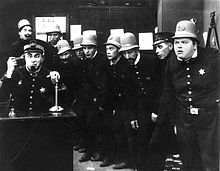 If they have, they probably have the Keystone Cops in mind, full of silly chases and yes, rather broad performing. However, what isn't taken in mind is that there is a wild difference between something comedic like the Keystone Cops and say, a romance or a drama. The Keystone Cops films called for this kind of humor because it was always meant to be exaggerated. The whole point was to be as ridiculous and outrageous as possible.

It certainly wasn't meant to be reflective of an entire style of film-making. Unfortunately, today people apply this mindset to every silent film, and it doesn't matter whether it is something like Tillie's Punctured Romance or The Phantom of The Opera. In the modern mind, all silent films are badly acted.

Norma Desmond was right in one respect. They had faces. Few people had a face like Garbo. She was (and is) still so great, she need only have one name. No one has accused Greta Garbo of overacting. I confess to having seen only one silent film of Garbo's: 1928's A Woman of Affairs. I will grant you that Douglas Fairbanks, Jr.'s performance, at times, did border on the cliché about silent film acting, but throughout the film I thought her performance was on extremely subtlety. In fact, if one looks at the film, you won't see her going very broad. She used her face to express true heartbreak and am amazing emotional range. One can't imagine her getting hit by a pie. 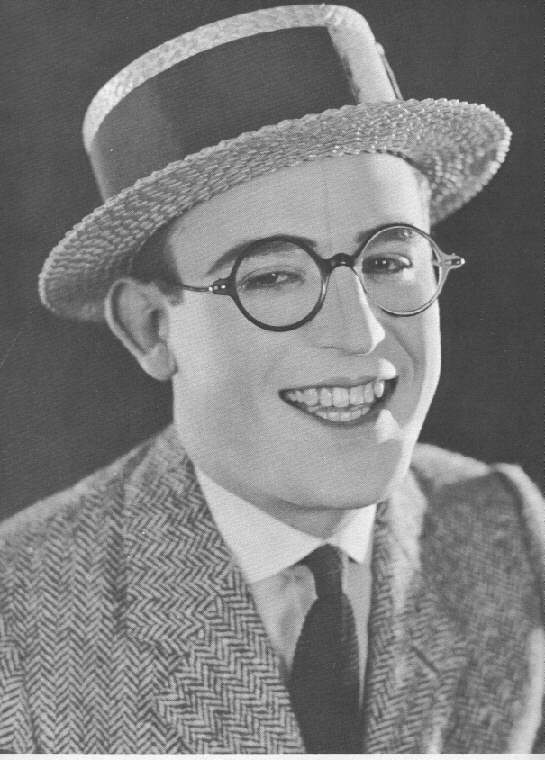 Maybe one can imagine Harold Lloyd getting smacked by one though. Lloyd's comedy, along with Charles Chaplin and Buster Keaton, is based on situation, but there was always a logic to them. Admittedly, at times the logic was a little outrageous, but it was still there.

Lloyd's most famous film is Safety Last!, and even with silent films being held in relative disdain, the image of him hanging on for dear life from a clock way above the street is still one of the most iconic images in film history, alongside Gene Kelly on a lamppost in Singin' In the Rain or Rick & Ilsa at the airport in Casablanca. People today may marvel at the stunts performed by the likes of Jason Statham or in films like The Dark Knight, but let's remember, people like Lloyd and Keaton performed much more dangerous stunts for laughs. In fact, Lloyd lost a thumb and forefinger and Keaton broke his neck while making films, yet continued on working in spite of that.

Of course, not everyone could make them laugh, and among the truly tough guys of the silent era stands Douglas Fairbanks (or at times, Douglas Fairbanks, Sr. to distinguish from his son, although usually the Junior is included to distinguish one from the other). Having seen The Thief of Bagdad, yes, it may look a little broad, but few deny his athletic skills. Furthermore, he gives lie to the biggest notion about silent film actors: they had terrible voices.

That is far from true, and a cursory examination will prove that. If one hears the voices of those from the silent era like Fairbanks, Chaplin, Keaton, Gloria Swanson, or Lillian Gish, you'll find that they had respectable voices. Other silent stars became better known after the conversion to sound: Norma Shearer, William Powell and Joan Crawford come to mind. Even Garbo, with her Swedish accent, still had a strong career after sound came in. In fact, her accent only added to her allure.

Admittedly, some other stars did fall by the wayside because of sound. Mary Philbin, the original Christine from The Phantom of the Opera, had a very thin, weak voice. Pola Negri had a Polish accent that made her English somewhat difficult to understand.

John Gilbert is the one who seems to have suffered the most: his tenor became a squeak, and this glitch did permanent damage to his career. Other stars, like Lon Chaney, Sr. and Rudolph Valentino, died before sound came on full force, and how their careers could have ended is now left only for conjecture.

For my part, I love silent film. I do see it as merely another form of cinema, no different than foreign-language, or musicals, or action. I don't understand why so many people have contempt for silent films. Some of the imagery is quite beautiful or terrifying, depending on what you're looking for. Metropolis, Nosferatu, City Lights, The General: each in their own way created something spectacular that is still being seen today, almost one hundred years after their release.

Can we say the same of Crank 2: High Voltage or Dear John? Just because they talk doesn't mean we want to hear them.

This is why I hope to review more silent films on a regular basis. I have Metropolis and The General from the Plaza Classic Film Festival to still go over, and I've been watching more of them. Take for example, one of the first instances where a silent film produced a sequel: The Sheik and Son of The Sheik. Here, you have another case of a star who is known by just one name: Valentino. Curious that his name still resonates even among people who have not seen his films or who may ask, "Valentino Who?" 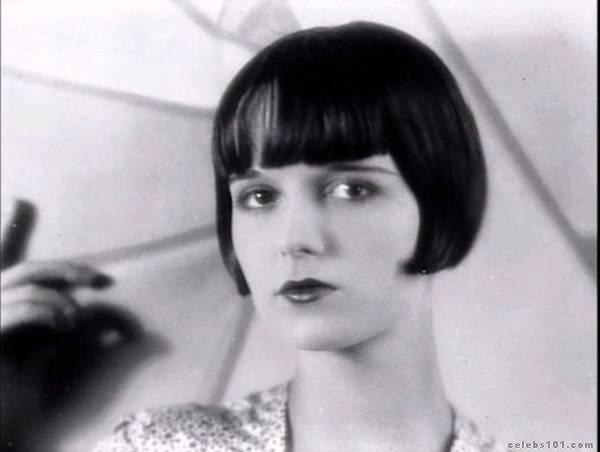 There is Louise Brooks, a most interesting case. Her greatest films, Pandora's Box and Diary of A Lost Girl, were not made in America (even though she was American), but in Germany. Truth be told, this is one of the great advantages of silent films: no sound barrier.

The only thing needed to understand what they are 'saying' is to merely put the subtitles in the correct language. You could make a silent film in Brazil and show it in Russia, with only putting the Portuguese words into Russian. A Japanese film can be shown in Syria with Arabic put in for Kanji. Even in the States and Canada, you didn't have to worry about accents.

Matthew McConaughey will almost always have his East Texan drawl in every film he makes, and Hayden Christensen will on occasion carry his Canadian accent with him into outer space. When we see a silent film, we don't have to worry about whether Lulu is from Weimar Germany or Kansas. She just is. 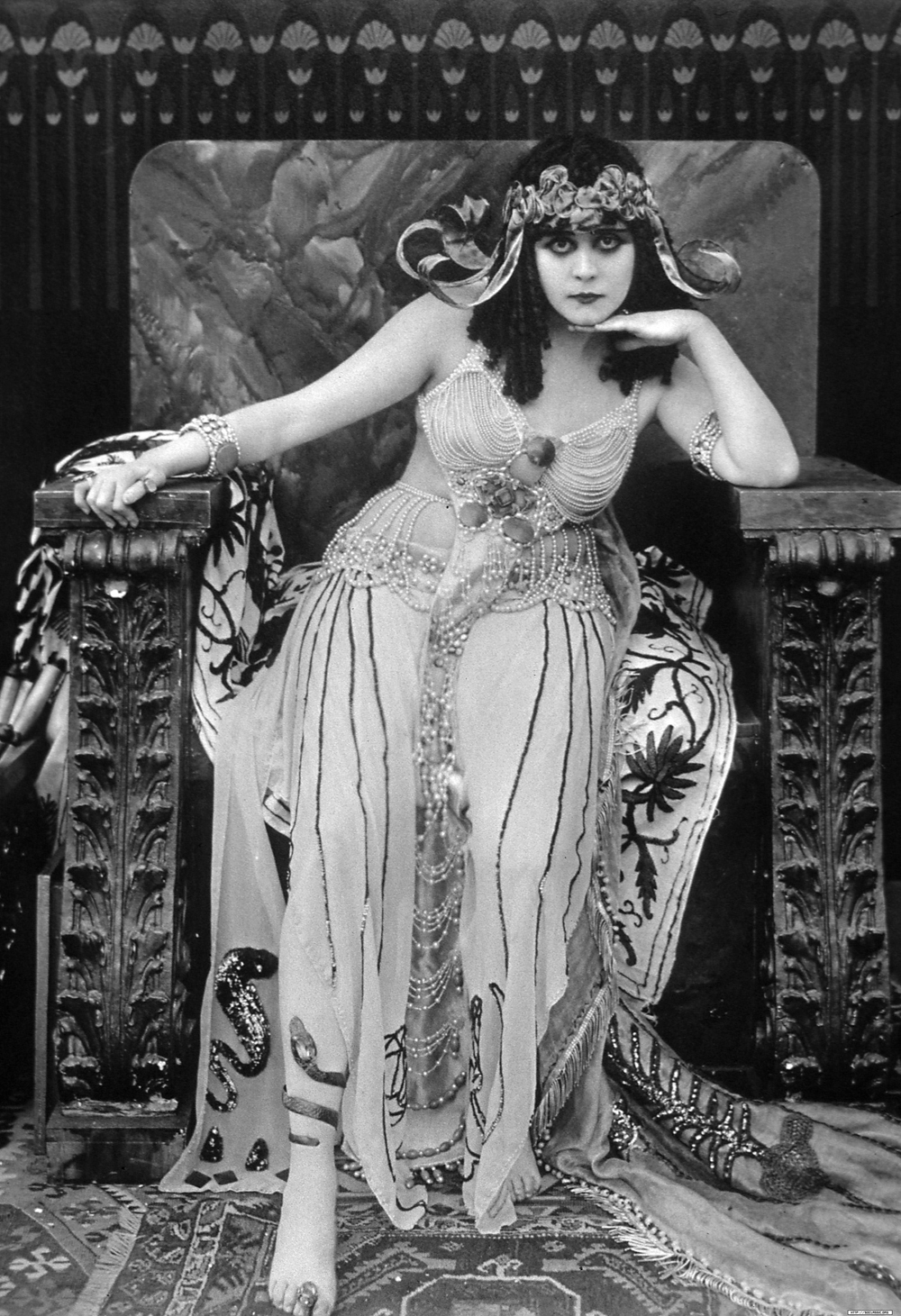 As I've said, I hope to rediscover the glories of silent film, and hope that those who read this will keep an open mind to this now-lost art...sometimes literally lost. So many silent films no longer exist, such as the original version of Cleopatra with Theda Bara (14 seconds is all that remains), The Life of General Villa (starring Pancho Villa as himself), the Lon Chaney vampire film London After Midnight, the Academy-Award winning The Way of All Flesh, The Patriot (the only Best Picture nominee to be lost), The Divine Woman and on and on.

The question should be asked, why should we care? Well, the best answer I can give is that we as humanity should care about whenever a work of art is lost. People still mourn the loss of The Amber Room, the legendary chamber of the Czars that disappeared during the Nazi era, and more recently, the Buddhas of Bamyan.

When films were being made back in the silent era, they were not considered art, and maybe even now they don't reach that lofty status. However, people did work to create something, and sometimes what they created was truly beautiful. A good film is a good film, whether there is audio or not. We should look and see if we truly are throwing out the baby with the bathwater.

Once, she was the most famous woman in the world. Who today, besides those passionate about film, remembers Mary Pickford now? Who remembers her work? Who will remember? Will we let her slip into oblivion, or is there still a chance that the future will appreciate the talent and artistry of the past. Lest We Forget...
Posted by Rick at 5:40 AM