Waiting For Superman: A Review (Review #145)

Is our children learning?

So said our former President, George W. Bush. Given what one learns in Waiting for "Superman", the answer is a solid NO. It isn't that our children are stupid, it's just that, as D.C. school Chancellor Michelle Rhee states, the system is geared to protect the adults. As for the kids, well, if they get anything out of it, that's more like a bonus than the actual goal.

David Guggenheim (the director of An Inconvenient Truth), serves as our guide, narrating two interconnected stories. The first is about the overall state of our schools, and frankly folks, it's a mess. He gives us rather shocking facts and figures: for example, while spending on education per child has increased, their scores have basically flatlined.

He also tackles how after a school teacher can gain tenure, usually after two years, schools are hampered in their ability to fire inept teachers due to strict union contracts. This forces schools to shift shiftless teachers from one school to another in the hope that a new setting will bring about better results. 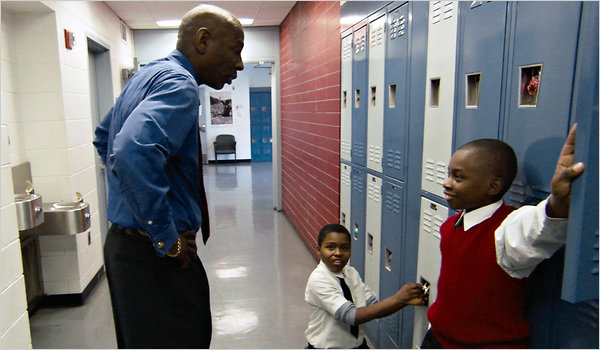 This transferring of educators goes by many names: The Lemon Dance, Pass The Trash, The Turkey Trot, but while the fact that this happens in various states is shocking in and of itself, nothing tops New York City's infamous Rubber Rooms. Here, teachers under investigation for various charges (down to sexual accusations) are kept on, with full salary, yet with nothing to do except read newspapers...at a cost of $100 million a year, a drain both in terms of human and financial costs.

They have to go through a very lengthy, arduous, byzantine process to get fired, and all this is done, not to protect the students, but the teachers no matter how obvious their ineptness or danger to others is.

Guggenheim balances these grim statistics with stories of five students: Anthony from D.C., Francisco from The Bronx, Bianca from Harlem, Daisy from L.A., and Emily from Redwood City, California. Anthony and Bianca are black, Daisy and Francisco are Hispanic, and Emily is Anglo, showing the problems in education go from the inner-city right down to the suburbs.

They are all bright kids, eager to learn with parents desperate for a good education for them. They are willing to make sacrifices (Bianca's mother Nakia working hard to raise the $500 a month to get her to a parochial school across the street from her home), and each enters their children into lotteries in the hope of getting their children into a charter school. The odds are fiercely against them: Bianca's charter school has 767 applicants for 35 spaces, Daisy is one of 135 applicants for 10 spots, Emily 455 to 110. Will they make it? Let's say that by the end of Waiting for "Superman", there is a strong probability you will be anxious and crying at the results. 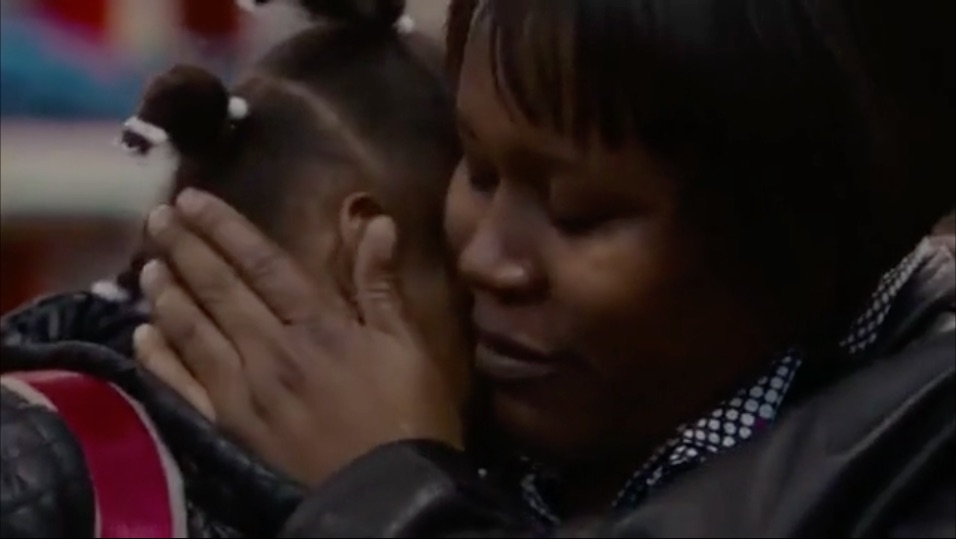 If one is expecting a superhero to sweep down and save the day (hence the title, which comes from a story Harlem Children's Zone founder Geoffrey Canada relates), we are at least given a super villain. She comes in the form of Randi Weingarten, head of the American Federation of Teachers, which is actually the smaller of the two major teachers unions (the National Education Association being the larger).

She and the AFT are, according the film, the main force in opposing any major reform in education. It is the AFT that will not allow principals to fire poor-performing teachers, and when Washington, D.C. Chancellor Rhee offers the union a deal: a small raise with tenure or a larger raise with merit pay but no tenure, the union flat-out refuses to even bring it up for a vote because it will mean that there is the slight opportunity that the central goal of the AFT (keeping tenure for its members at all costs) will be sacrificed.

While not explicitly stated, the AFT (and by extension, the NEA) would rather have parents pin their hopes on a bingo ball than get rid of a teacher who is paid to read the newspaper. While unions had a reason for being created, today they have devolved into a self-serving entity and arm of the Democratic Party (which, incidentally, would make them the REAL Party of NO).

When one thinks that public schools once graduated people as varied as Bob Dylan, Walter Cronkite, Carl Sagan, Ernest Hemingway, and Leonard Bernstein, and that today, public schools manage to graduate students who either won't reach those levels or don't even know who any of those people are, Waiting for "Superman" takes on an even more tragic tone.

We see this in the students profiled, who are all desperate for a good education but who face various hurdles when dealing in what are deemed "dropout factories", schools where the education is so poor that kids just leave, creating an underclass with no or little hope of advancing. If we are to believe the film, certain groups (teachers unions) are unconcerned that the people in their care cannot function so long as their members are all right. The film makes the case that over-regulation from city, state, and federal standards has created a chaotic system where one rule overrides another, and where any innovation (charter schools, merit pay, longer hours, school on Saturday, even shorter vacations) are fought furiously, all while no one thinks of the children.

WON'T SOMEONE PLEASE THINK OF THE CHILDREN? the film practically screams.

As is the case with most "documentaries" which are really advocacy films (where the whole project was made in order for us to take a position and/or action on said subject), Waiting for "Superman" is no different. It concludes the way most of these films do: with a stirring song (in this case, John Legend's Shine) and various things I can do to affect change I can believe in.

Curiously, this may be a case of "only Nixon can go to China", since Guggenheim is a liberal who oddly finds that it is the unions who have created some of the biggest problems within the education system. It is rare for someone on the left to take those on his side to task for their hand in screwing millions of lives for the sake of keeping the status quo/power, but perhaps we needed this to point out that the villains aren't always the ones you expect.

It would have been nice to have seen how the overall culture at large is dismissive and discouraging of education, or how the twisted idea that African-Americans who want to excel in education are "acting white" (a pernicious train of thought that is only destructive to themselves) have affected education itself.

I digress to say that the education system has been brought down by such concepts of 'teaching to the test' (where the results of the standards imposed by No Child Left Behind Act are more important than in actually seeing what they've learned), along with tenure/inability to fire teachers and opposition to vouchers.

I find the celebration of the mundane (i.e. "reality shows" or programs like Jackass) and the toleration of things like text-style forms of writing and the promotion of such second-rate writings as the Twilight Series (excuse me, SAGA) are ruining the country.  Yet I digress.

Waiting for "Superman" is a film that while ending with a glimmer of beautiful hope, still raises an alarm that we are short-changing our future for the sake of the present. In short, it's time to go to school.