Laughing On the Ledge...

Very few films, let alone silent film, have iconic images that are almost instantly recognizable. Even though pre-sound pictures aren't popular now, the sight of Harold Lloyd hanging precariously from a clock in Safety Last! is as well-known as Gene Kelly on a lamppost in Singin' In the Rain, Marlon Brando petting a cat in The Godfather, or Kate Winslet and Leonardo DiCaprio on the bow of the ship in Titanic.

While all those films and stars are still within the public consciousness, both Safety Last! and Harold Lloyd have been lost to time. Fortunately, the film itself still survives, and it is not just one of the best of the silent era but one of the funniest and most thrilling films in any period.

The Boy (Harold Lloyd) is headed off to the Big City to make a success for himself and make enough to marry The Girl (Mildred Davis). The Boy (who, curiously enough, does have a name, that being 'Harold Lloyd') isn't a big hit. In fact, he's quite poor. It doesn't stop him from writing tall tales to The Girl about how he is a high level manager at the De Vore Department Store and from buying her things he can hardly afford. By all sorts of tricks and schemes does he manage to avoid both The Floorwalker (Westscott Clarke) and being fired. 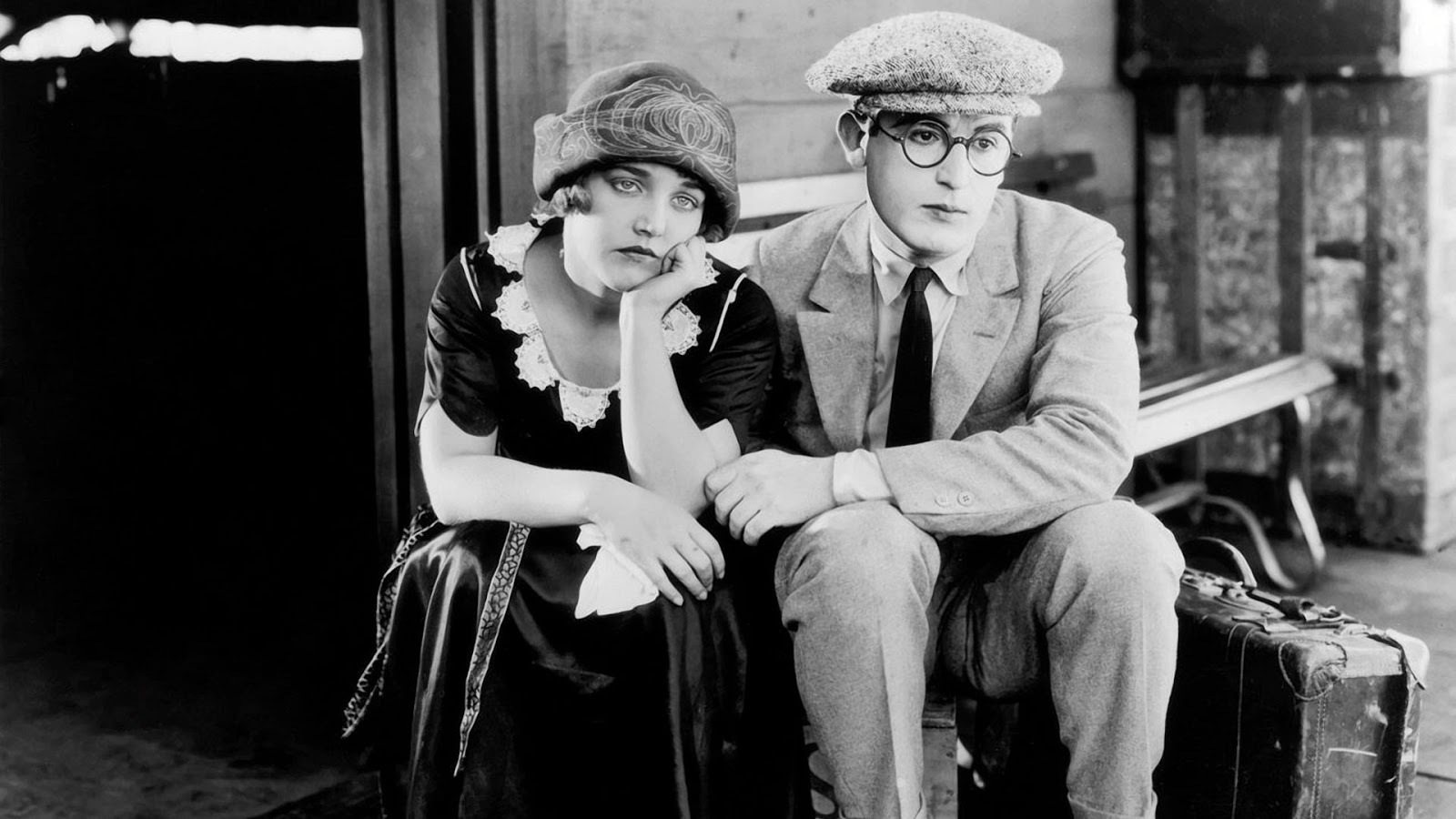 Then, The Girl comes to town.

Somehow, he manages to keep the ruse up and then discovers that the real manager will give $1,000 to anyone who can come up with a successful publicity stunt. Enter Harold Lloyd, who knows the perfect solution: get his friend/roommate The Pal (Bill Strother) to climb the side of the building to draw a giant crowd. The Pal agrees, but the day of the stunt The Law (Noah Young) manages to track The Pal down due to an earlier incident involving The Law and building climbing.

The Boy, who has already proposed to The Girl, desperately needs the money, so he and The Pal hit on a solution: The Boy will climb the first two floors and The Pal will surreptitiously take his place to complete the climb. As it happens, The Law keeps chasing The Pal higher and higher, forcing The Boy to keep climbing higher and higher into greater and greater heights of danger and laughter.

There is simply so much genius in Safety Last! that it can't be singled out to the famous climbing scene. Few movies start out hilarious from the get-go, but Safety Last! does. We are given a scene with Lloyd behind bars, a noose hanging ominously behind him, a distraught mother and girlfriend by his side as all are accompanied by a priest. Within minutes we're given a clever and surprising twist that we just see that the tone of Safety Last! is going to be one of inventive comedic genius.

We get laughter in just about every scene: Lloyd at his apartment, Lloyd on his way to work, his hijinks with a friend who happens to be a policeman, outsmarting The Floorwalker, him at work, him trying to keep up the act to The Girl, right down to when he has to climb a building to win the cash and The Girl.

The brilliance of everyone involved (from co-directors Fred Newmeyer and Sam Taylor to writers Taylor, Hal Roach, Tim Whelan, and an uncredited Lloyd) comes from the fact that the creative team trusts their audience to keep up with the plot. In fact, they not only don't dumb down the situations but actually put us a step or two ahead of the characters, therefore we already realize what is happening, and what will happen, before they do.

Another aspect as to what makes Safety Last! such a brilliant film is that the situations have a logic to them. It isn't slapstick where random occurrences come from nowhere to set up a joke. Rather, everything in the film makes sense; even though the situations themselves are rather outrageous, they follow a train of logic that is reasonable. For example, the situation between The Pal and The Law comes from what happened before the big stunt, so when we see where The Pal and The Law ultimately end up, it makes sense.

At the heart of the brilliance of Safety Last! (I digress to point out that I wrote the word 'brilliant' often in my notes while watching the film) is Harold Lloyd's performance. He represents the Everyman, the WASP in all of us who has middle-class aspirations. We can relate to him, a person who is a bit of a schemer but by no means cruel or self-interested. In fact, it's his desire to impress The Girl that brings him all his problems.

We can relate to his work situation: the demanding customers, the pompous supervisors, the desire for upward mobility (no pun intended). It's the circumstances Lloyd is in and the reactions to them that pushes Safety Last! to a higher level of comedic brilliance (again, no pun intended). Harold Lloyd was such a physical performer that the sight gags come off funnier because he looks so mild-mannered with his glasses and straw hat.

Even the more gentle moments in the film are a comedy goldmine. Take for example when Harold purchases the chain to go with the pendant he has sent The Girl. To purchase the item, he has to use his entire paycheck, and as we see him pay bit by bit, we see the special meal he wants to buy disappear, bit by bit. It's a brilliant bit of editing that is far ahead of its time.

Of course, the highlight of Safety Last! is when poor Harold Lloyd, forced into circumstances beyond his control, is compelled to climb the building. We not only sense his frustration at having to do it in the first place, but we also see how each time he comes close to ending his (and our) ordeal, something will always come up to frustrated him. At every floor he is faced with one bizarre situation of some sort or another: everything from eager birds to violent dogs to sweet grandmothers telling him that it's dangerous to be climbing tall buildings.

The tension keeps building and building (once more, no pun intended), and the audience is held in awe and fear and laughter wondering just how far he (and we) can go. It's again, that anticipation that makes Safety Last! just so unbelievably funny. Once it appears he's made it, we see a potential pitfall (I really don't mean to write so many puns), but every time Lloyd appears close to it, something gets in the way. The film plays with our anticipation of what will happen, putting us on edge (sorry).

If I would find any flaw within Safety Last!, it would be with how both blacks and Jews are seen in the film. It isn't anywhere near The Birth of A Nation, but today how they appear on screen will be seen as mercifully-now dated. Fortunately, this is such a tiny part of the overall product that we can soon forgive this almost insignificant flaw.

It's a curious thing to my mind. Silent films are seen as dull, boring, almost pointless. Present-day comedies (such as Due Date, Killers, The Ugly Truth, What Happens In Vegas or any other movie with either Katherine Heigl or Ashton Kutcher) are seen as funny, even witty. In reality, most are formulaic, lazy, and terribly unfunny while the inventiveness of something like Safety Last! or The General is almost forgotten.

In fact, modern audiences seem almost terrified of silent films because of their own prejudice. Still, being an optimistic person, I have full faith that Safety Last! will outlive the glut of idiocy that passes for romantic comedy or comedy in general.

Everyone should follow Safety Last! (OK, this time pun intended).