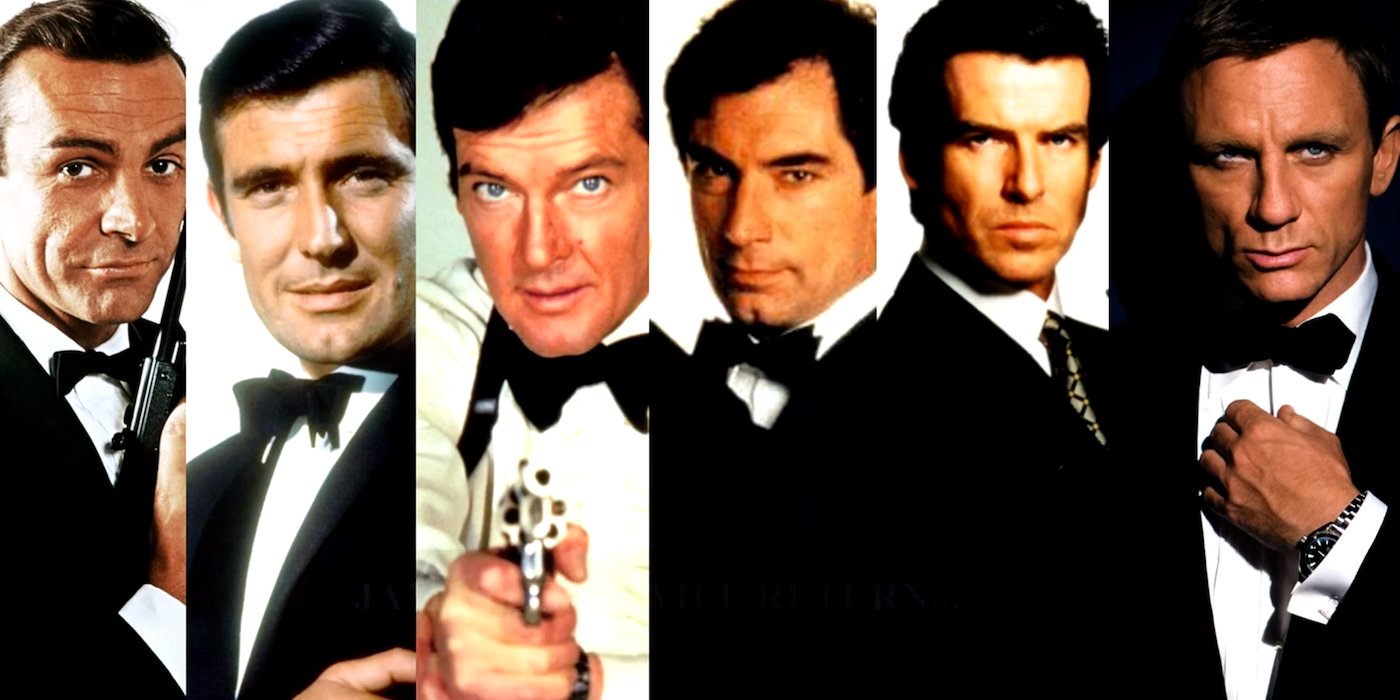 Some Bonds Are Hard To Break...

I don't know what it is about British characters that allow a wide variety of actors to play the same role. Going all the way back to Shakespeare, the British have had a knack of creating theatrical roles that can be played by various actors without diminishing their predecessors.

As of this writing, six actors have played 007 in the 22 official Bond films, not counting the quasi-official spoof Casino Royale and in the most curious case, the original James Bond actor in the non-canonical Never Say Never Again.

We move on to the largest retrospective we've ever attempted: every James Bond film from Dr. No through Skyfall.  Out of the 23, as of this writing I haven't seen ten of them.  However, my memory is a bit vague on some of the ones I have seen.

I should point out that for review purposes, I am counting the quasi-Bond film Never Say Never Again in this retrospective but not the 1967 Casino Royale*.


I will go in chronological order, starting from Dr. No right up to Skyfall.  Therefore, they will be:

Dr. No
From Russia With Love
Goldfinger
Thunderball
You Only Live Twice
On Her Majesty's Secret Service
Diamonds Are Forever
Live And Let Die
The Man With The Golden Gun
The Spy Who Loved Me
Moonraker
For Your Eyes Only
Octopussy
Never Say Never Again
A View To A Kill
The Living Daylights
Licence to Kill
GoldenEye
Tomorrow Never Dies
The World Is Not Enough
Die Another Day
Casino Royale
Quantum of Solace
Skyfall

This retrospective won't just cover and rank the Bond films themselves.  I will also tackle the serious subject of ranking the Bond Girls and the Bond Theme Songs.  I am also thinking of ranking Bond villains, but that is not for certain.

*February 2018 Update: I will review and include the original Casino Royale at a later date.  I also did indeed have a Bond Villains Ranking, as well as one for Bond Henchmen.